The sacred character remains intact. A place of prayer and then of culture, the small church of San Rocco at Rotello, in the province of Campobasso (Italy), was stripped of its religious functions in the mid-1960s, with an uncertain future as a public facility (an auditorium). Now the architects Luigi Valente and Mauro Di Bona have transformed the old structure from the 1500s into a theater and multifunctional hall, a renovation project that won the BIGSEE Interior Design Award 2019.

The initiative for the historic heritage-listed building called for an update in terms of structure, energy and function, with an outer facade that preserves the stone walls without any tangible changes, alongside elimination of the suspended ceilings and refurbishing of the decking under the roof. 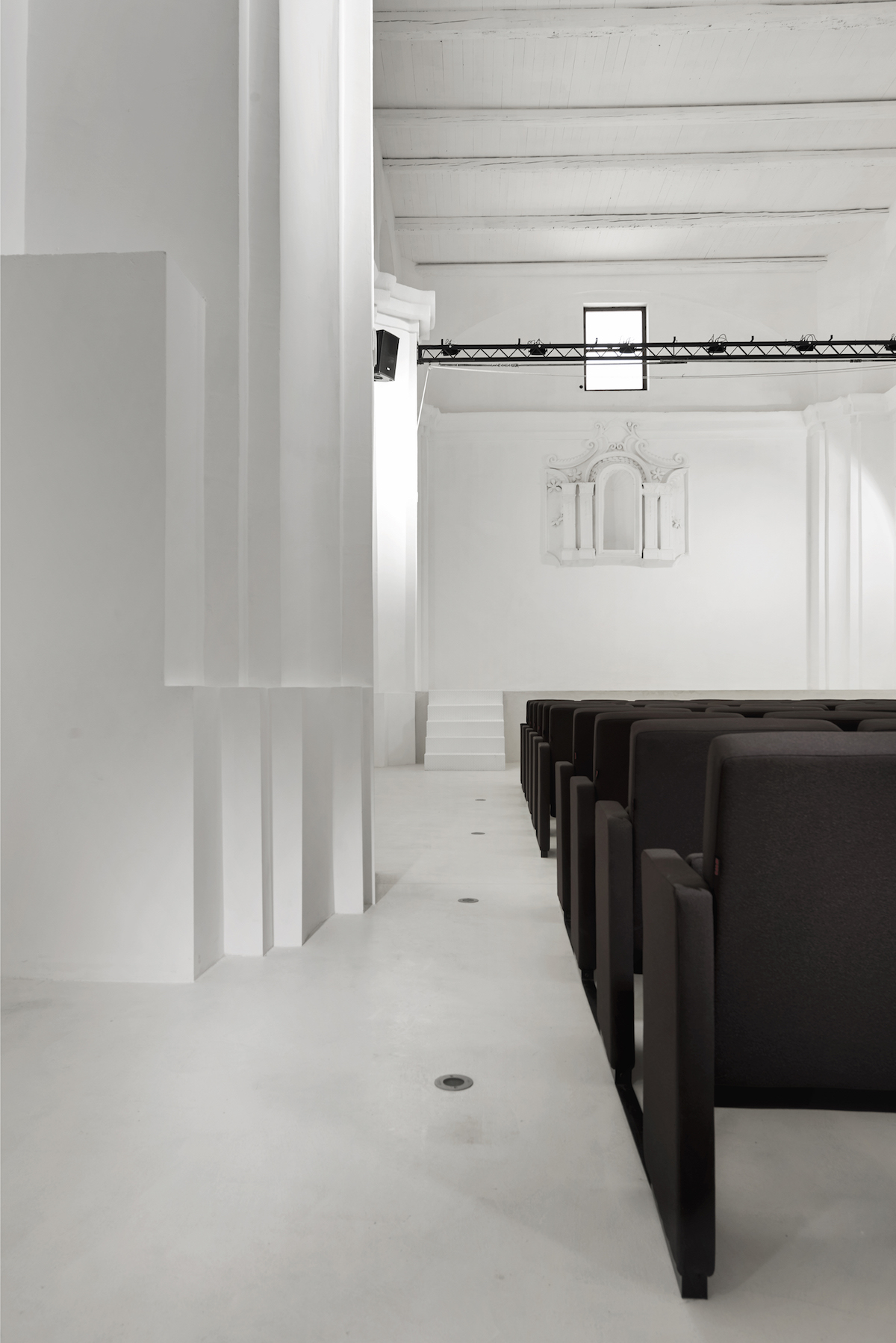 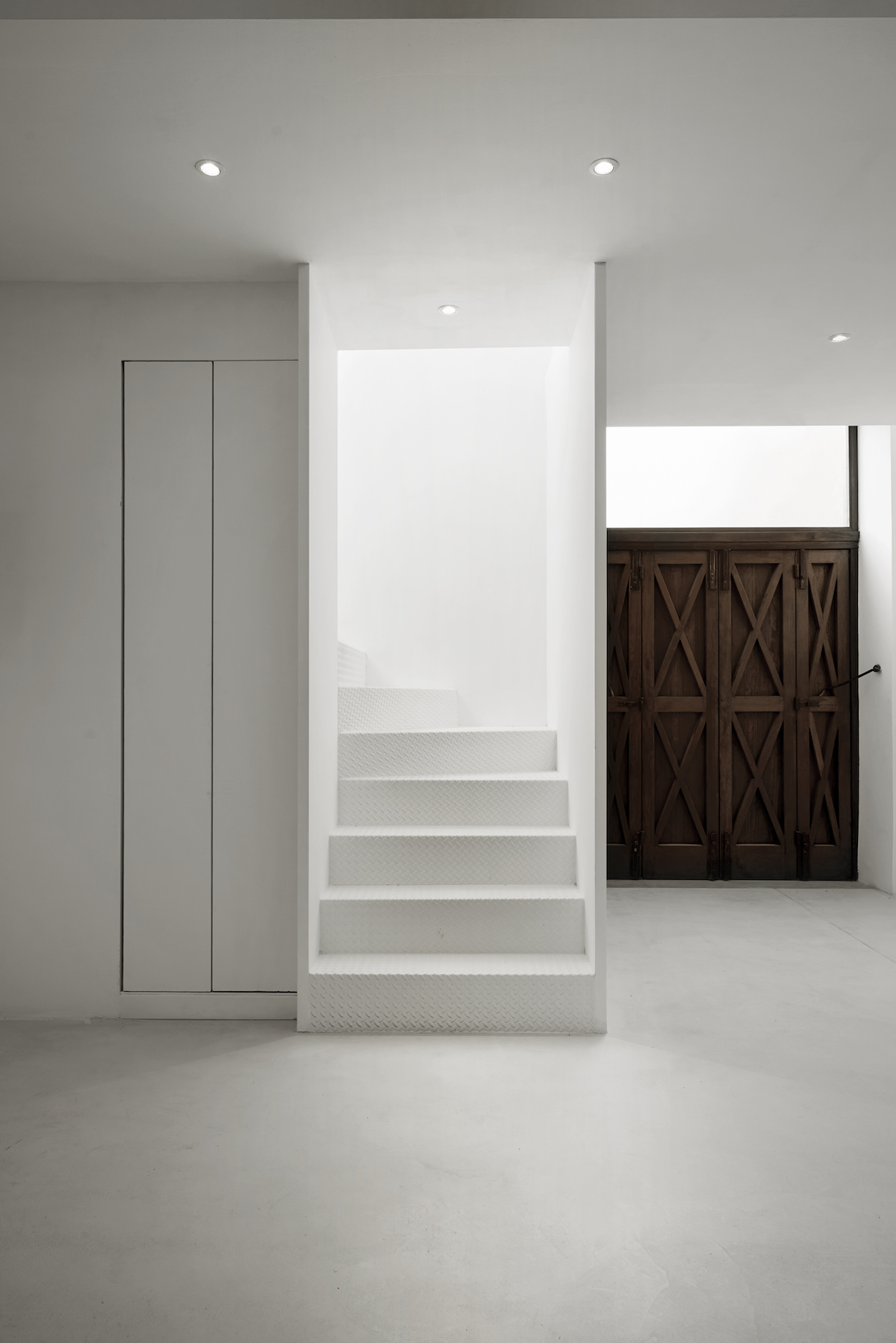 The architects’ action had a wider range in the interior, with a focus on energy savings thanks to the use of LED fixtures to light the space, and a heating system positioned in the floor, for a drastic reduction of emissions during use of the facility.
The complete lowering of the floor surface has brought to light a portion of the original flooring – left visible, like the beams below the roof – while the rest has been entirely reconstructed using a microcement, Microtopping® by Ideal Work®, which with just 3 mm of thickness creates a continuous horizontal surface, ensuring perfect performance of the radiant heating system.
The effect is one of absolute chromatic and visual continuity with the white walls, an enveloping material and volumetric unity interrupted only by the forceful contrast of 100 black seats by Caloi in a central position facing the stage, which has also been reconstructed. The clear impression is that the new function has in no way altered the spiritual impact of the site. 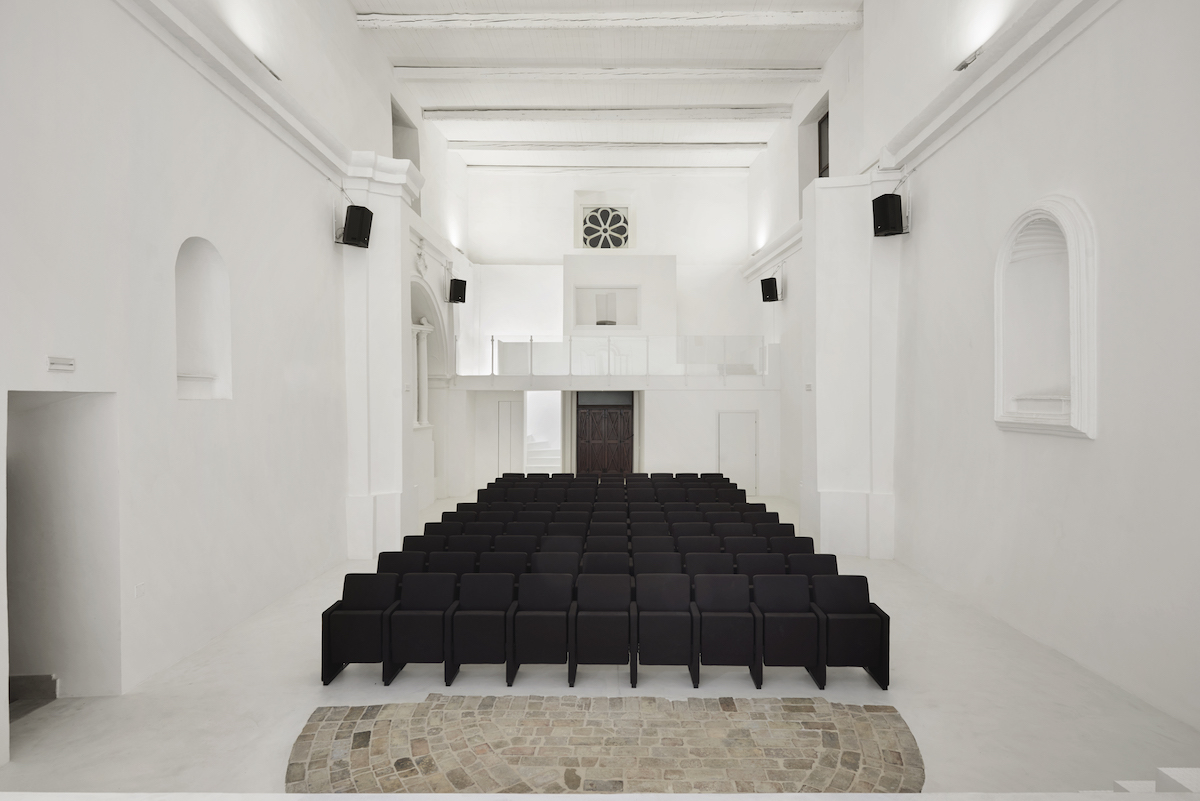