Marta Perla has designed Siro, a semi-spherical table lamp with a disc at the front releasing in its interior an oblique light thanks to the slim LED light source. Seen from the front, Siro appears to consist of two two dimensional elements, giving the illusion of being perfectly balanced on a surface.

It takes its name from the necessity, so typical of man, to search in celestial movements, possible links between one’s own past and cosmic phenomena. Hence Siro, deriving from Sirius, the brightest white star in the night sky.

Siro comes in two sizes and two finishes: satin bronze or satin gold, with the interior of the sphere in white, heightening the contrast in colour in a simple, graphic way. 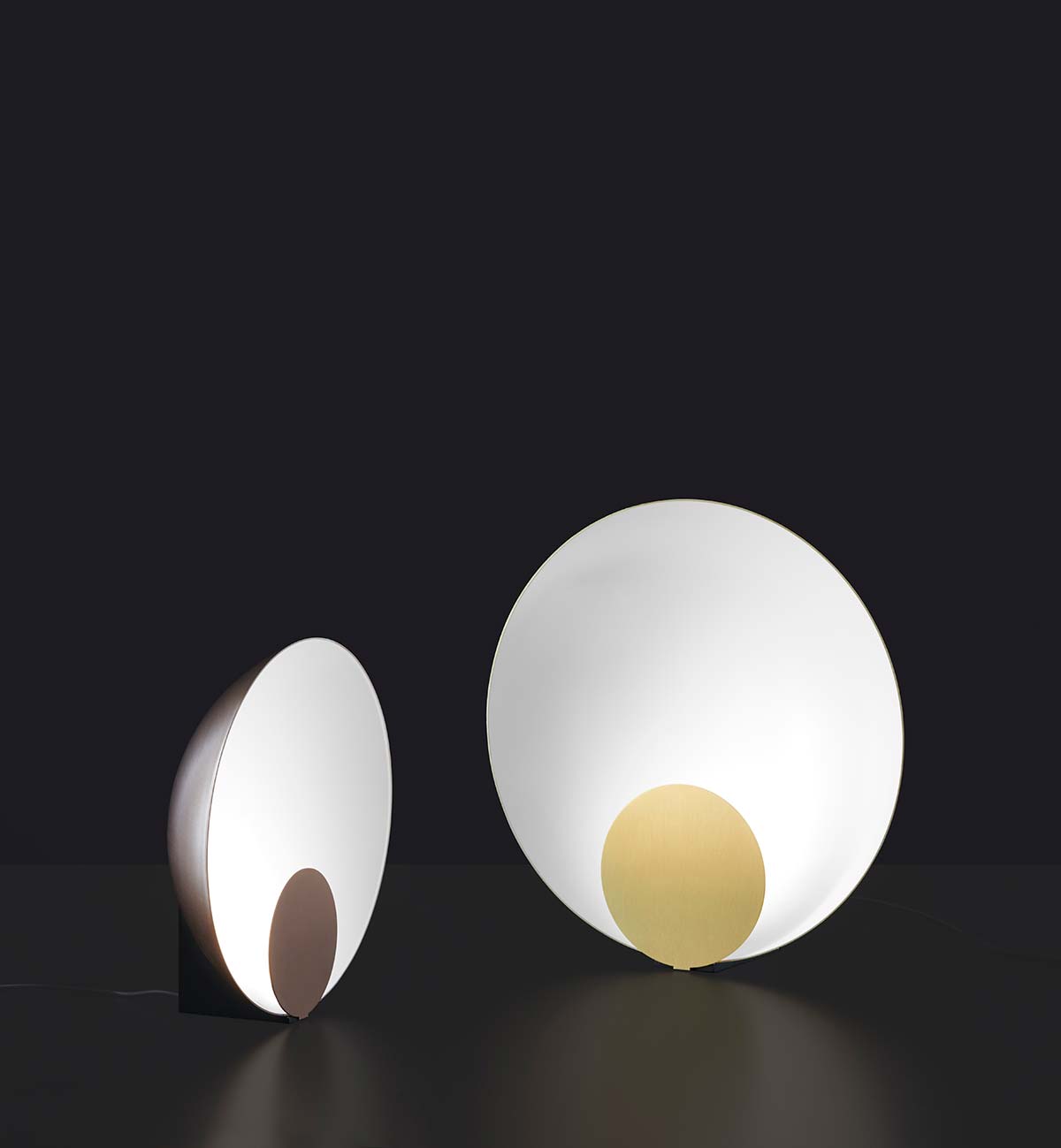 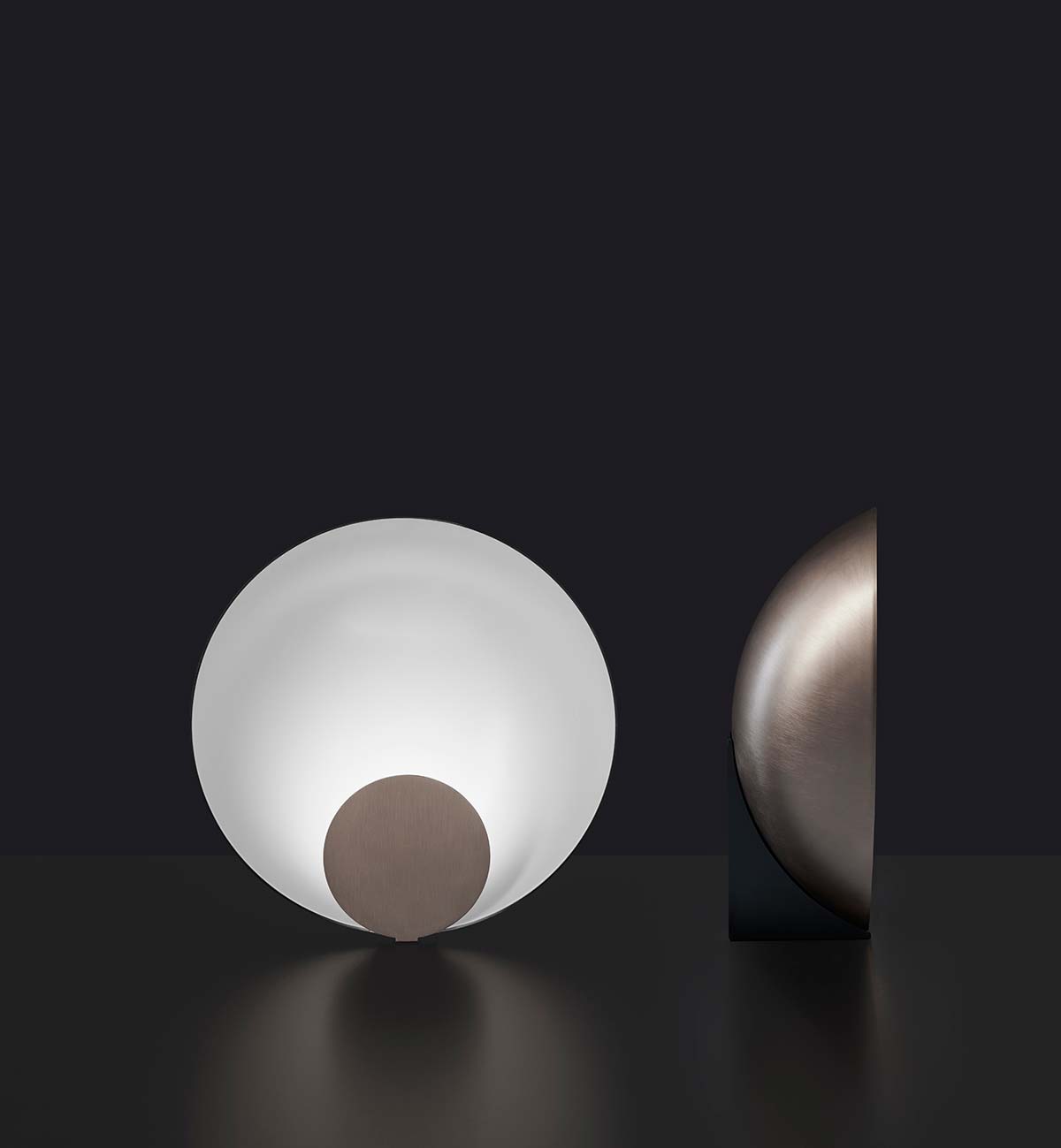 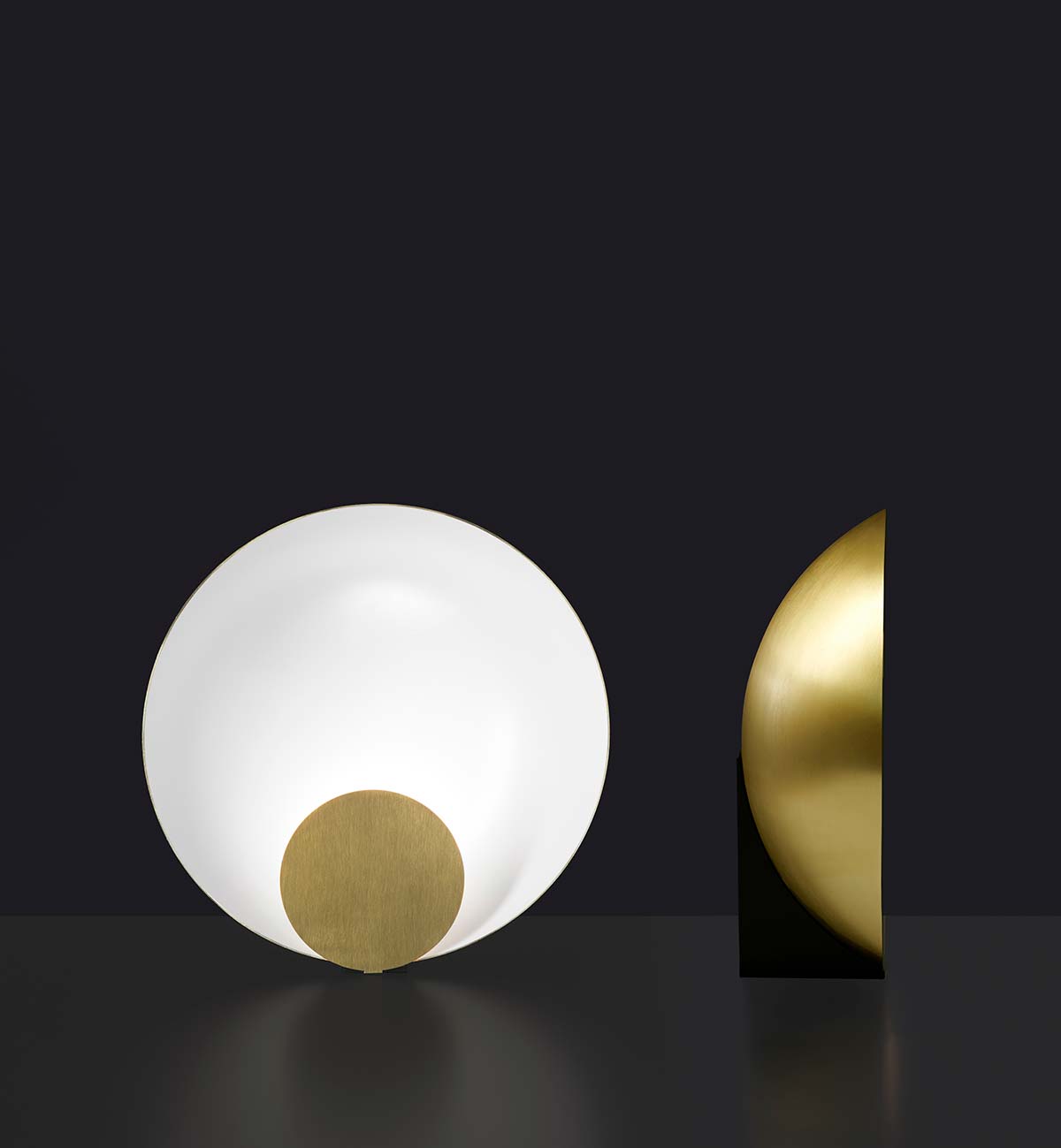 minotticucine, evolution of the species

Living in harmony with the elements