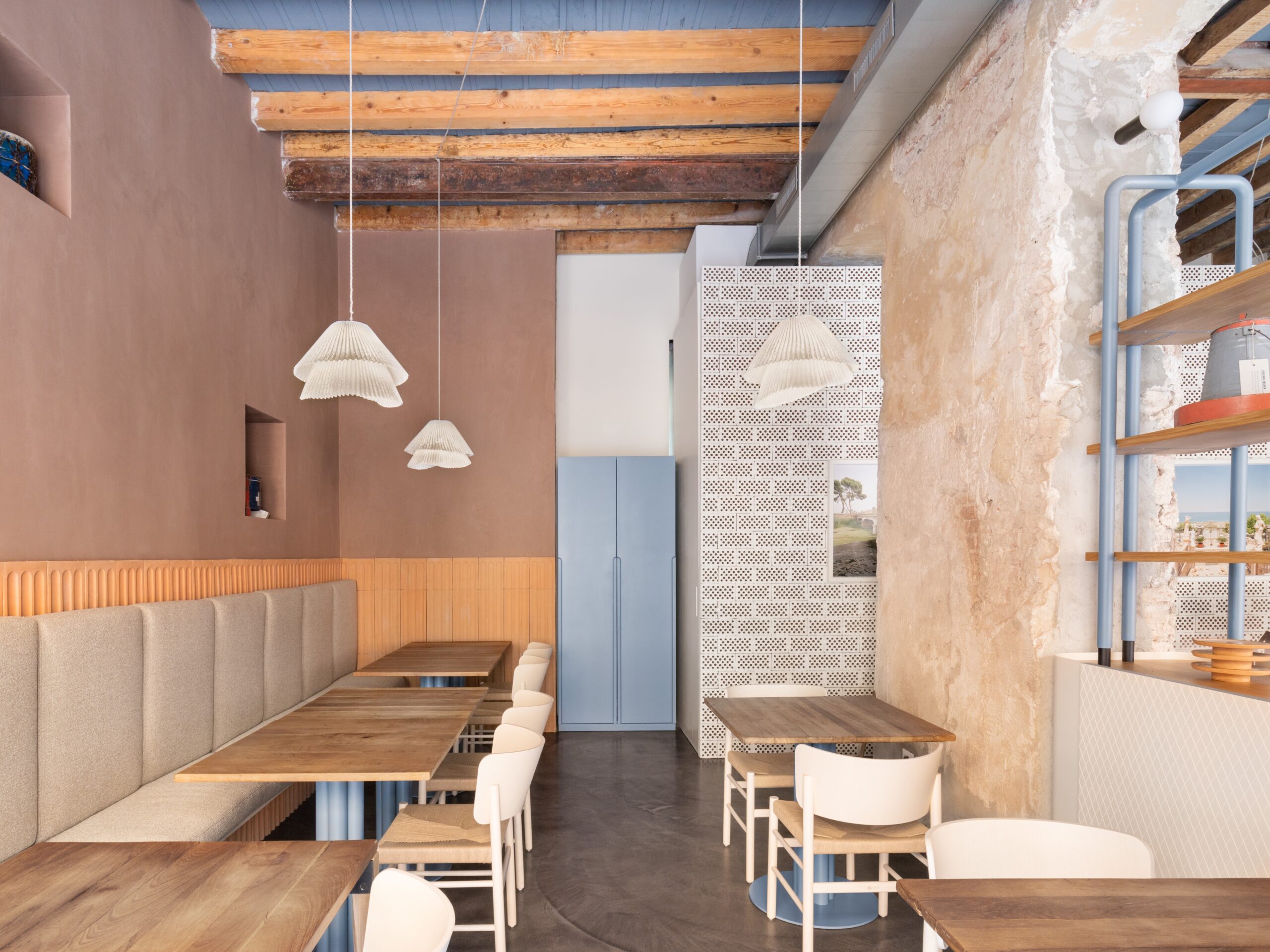 28 Posti has always had a strong identity: just 28 seats, and open to social projects. The owners of this bistro in the canal zone of Milan, Silvia Orazi and Gaetano Berni, immediately thought about rationalizing the space and involving the inmates of the Bollate Penitentiary, who taking advantage of legislative measures have taken part in the construction and the cooking, by the side of the chef Marco Ambrosino. Orazi and Berni, with experience in social projects, are among the founders of the non-profit organization Liveinslums which operates in the poorest urban areas of Nairobi, and in the past has also launched a woodworking shop inside the prison, where the tables, doors and cabinets of the restaurant were produced.

Now, 6 year later, the collaboration with the penitentiary has come to an end. 28 Posti changes its image – though not its spirit – with a new interior design under the artistic direction of Cristina Celestino. It was important to conserve the stylistic features connected with concepts of authenticity, materials, simplicity and roots. Furthermore, the idea was to respect a consolidated identity through design that would be consistent with the image of the venue.

“We began a dialogue with Silvia and Gaetano, thinking about the possibility of creating a table setting,” Cristina Celestino says. “Over time, however, a much wider-ranging project emerged, starting with their interest in my work with Fornace Brioni, a company where I am the creative director, and with the desire to update the interiors. The request from the outset was to make them more welcoming, conserving the convivial, relaxed atmosphere. But also to create a parallel between the space and the cuisine of the chef Marco Ambrosino, who is an integral part of the identity of the place, connected with the purity of the ingredients he utilizes.”

A compliance with an ethics of things, from food to furnishings. Many of the objects used in the dining room and kitchen are self-produced in the shantytowns of Mathare and the ironworking shop of Jua Kali (Nairobi), part of the exhibition “Made in Slums” at the Milan Triennale in 2013. Materials, then, along with textures and colors – often ton-sur-ton – were the starting points for Cristina Celestino. Wood in different finishes (including that of the ceiling beams), the terracotta of Fornace Brioni, natural wax-finished iron combined with desaturated blue and earthy pomace tones, as well as the white plaster of the longitudinal walls, set the tone.

A brick partition is still the protagonist at the center of the space, with natural earth stucco for the wall separating the kitchen, and raw earth surfaces by Matteo Brioni reaching up to the ceiling. A cabinet with wooden shelves supported by a cage of metal tubing is placed precisely under the arch: a volume rounded at the extremities, enclosed by two curved sheets of metal, with a frontal facing in terracotta micro-mosaic. A leitmotif that repeats on the walls against the padded bench, a bouclé fabric from the historic Bergamo-based wool mill Torri Lana, alongside paneling in earthenware from the Gonzaga collection of Fornace Brioni.

Finally, the suspension lamps by Arturo Alvarez seem to be as light as paper, ready to move in the breeze, though on closer examination they turn out to be made of micro-perforated sheet metal. The furnishings are all custom pieces.

A new @delvaux boutique opens in Paris, inside a h

The art of bringing life to metal through expert c

A once-in-a-lifetime experience that deserves all

An icon of the tradition of hospitality in Morocco

@giorgettiofficial lands in London with its first

Thanks to a perfect combination of fine craftsmans

Lissoni for the new Camparino