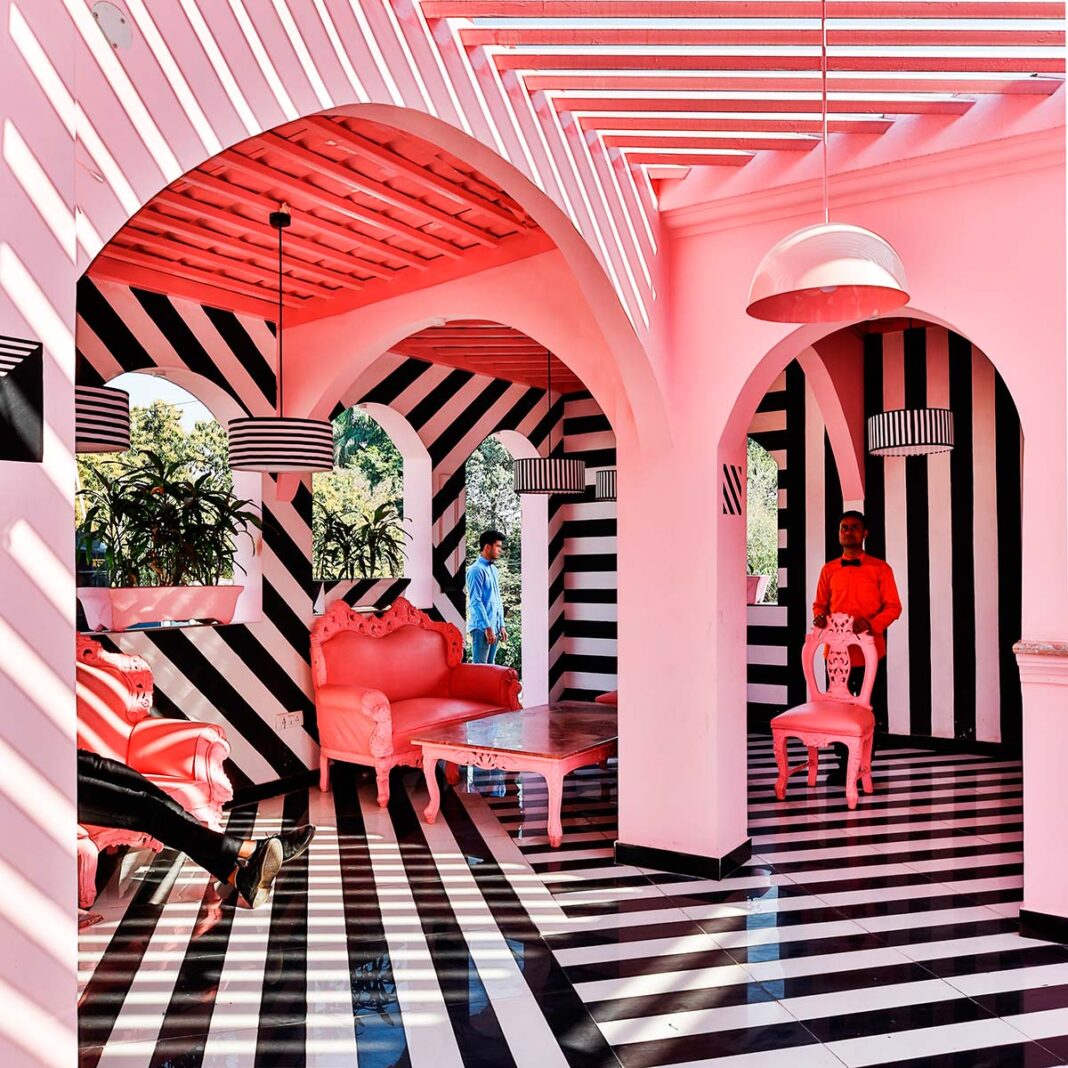 In this eccentric restaurant the extremely symmetrical decorative system and the monochrome pink of walls, furnishings and accessories suggest the surreal, autonomous world see in the sets of the American film director Wes Anderson.
The rigorous spatial paradigm, however, is contaminated by large black and white striped portions that give this old structure from the time of British rule in Kanpur a ‘hybrid’ style, reinforced by asymmetrical features.
The name of the restaurant, The Feast India Company, stands out on the roof of the building, but the imagery of the facade also make it famous at the Pink Zebra. 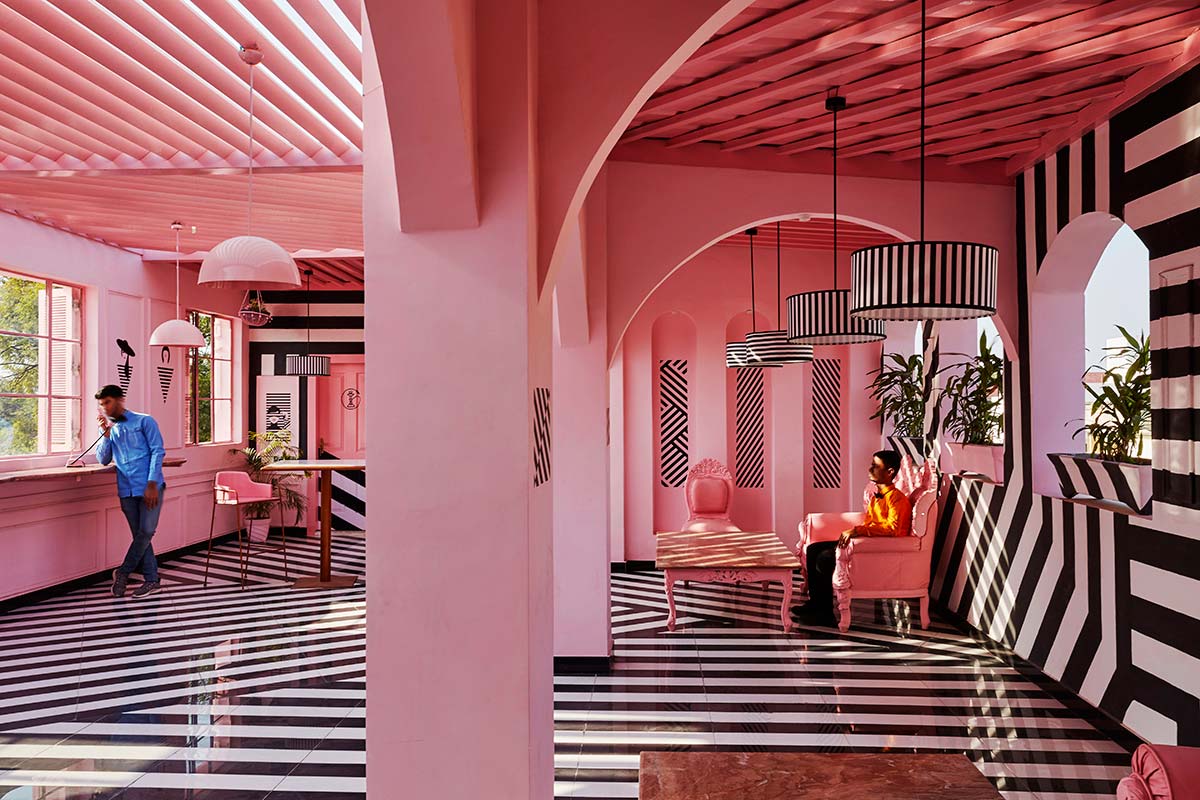 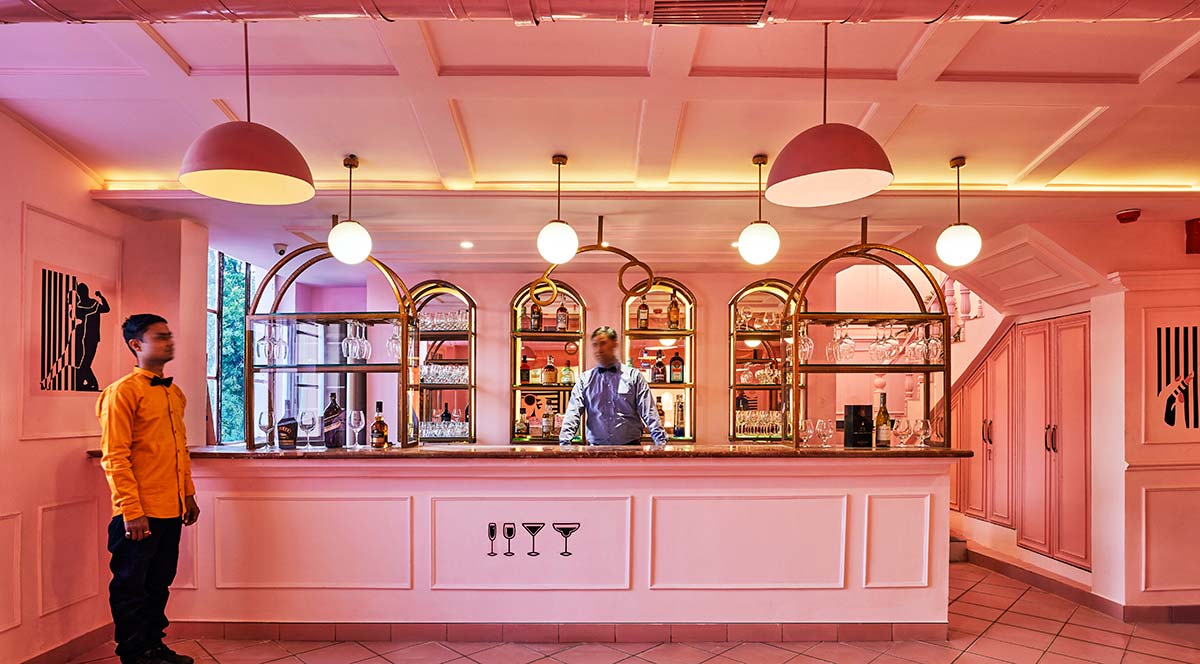 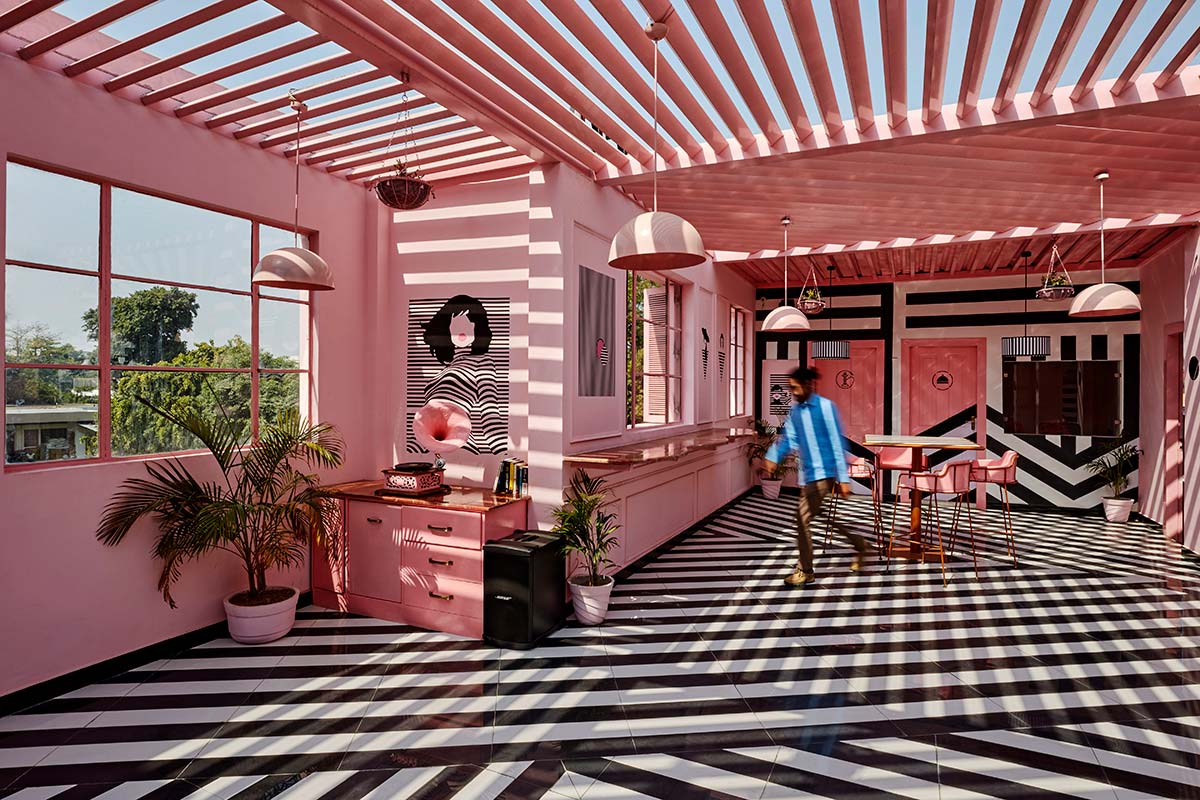 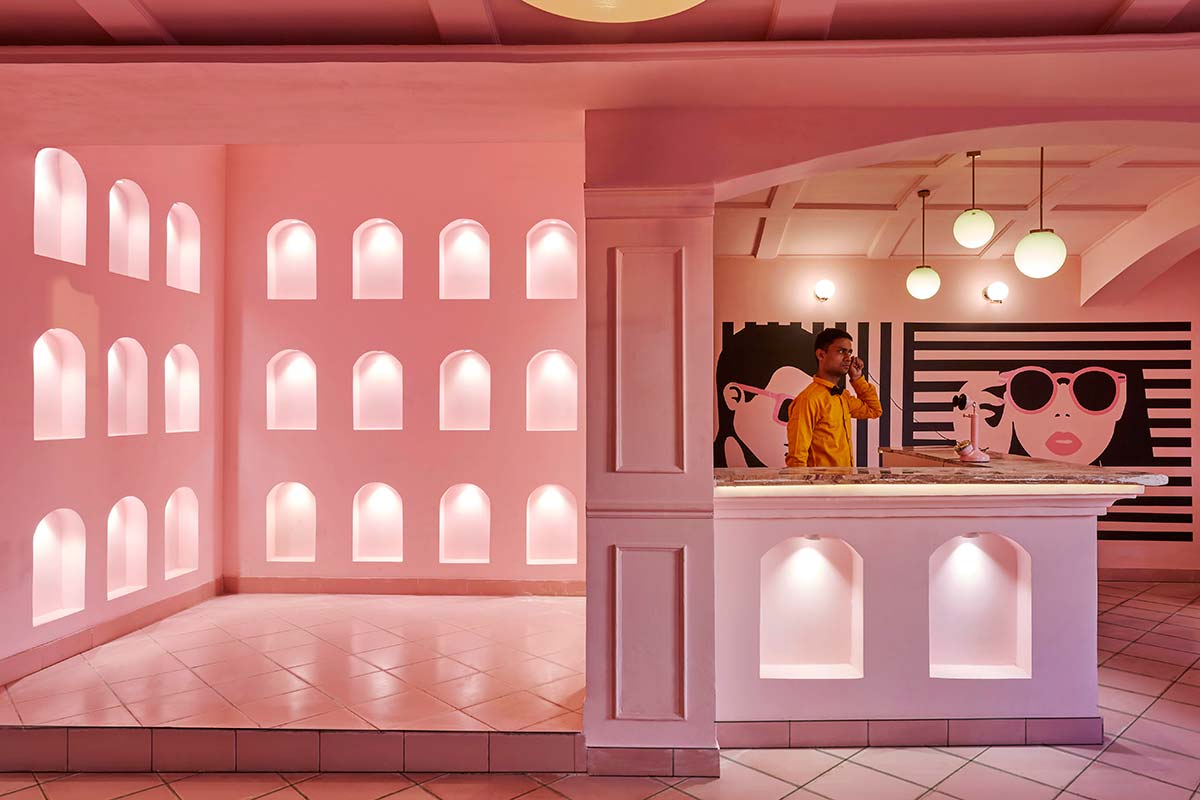 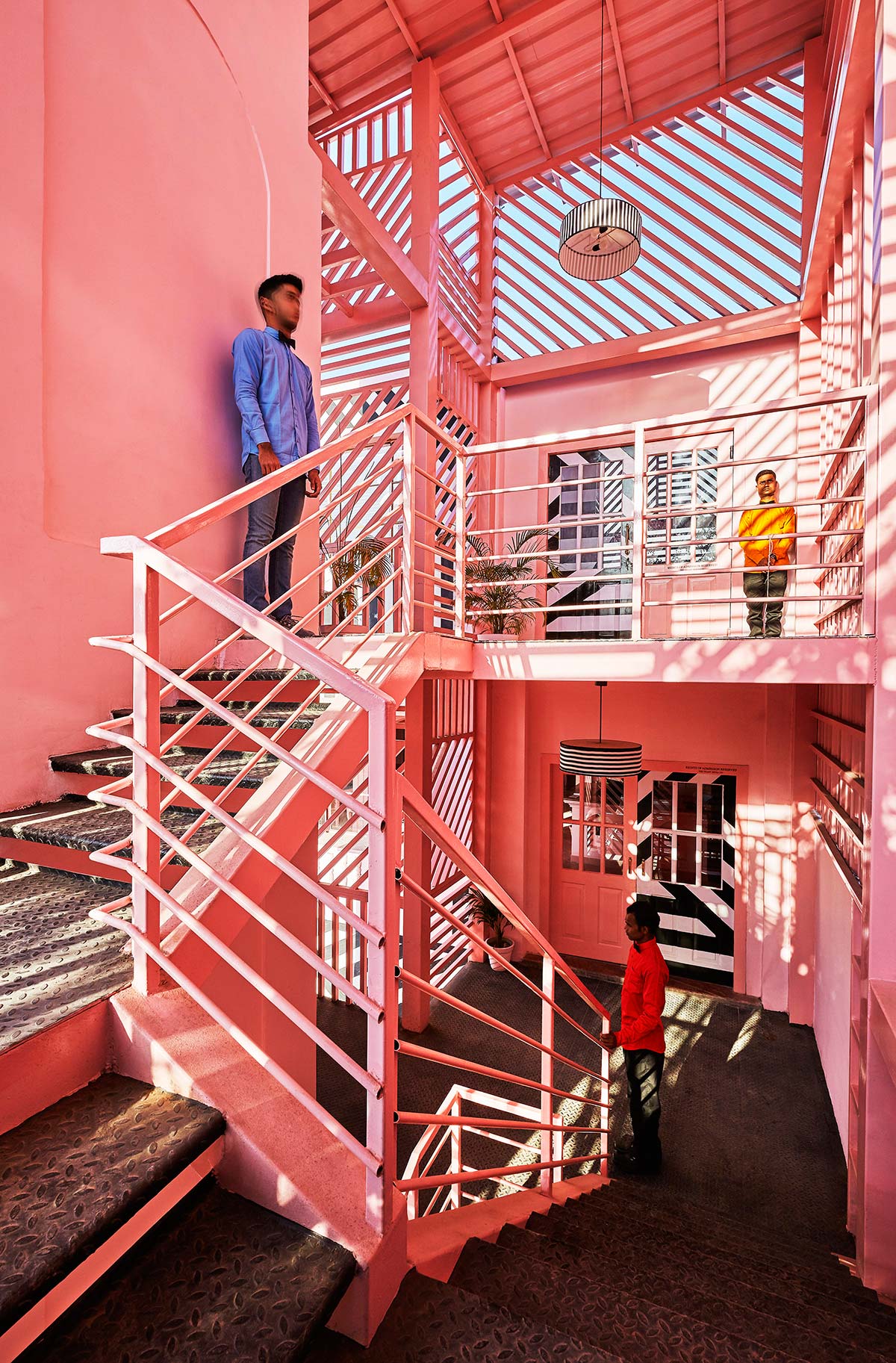 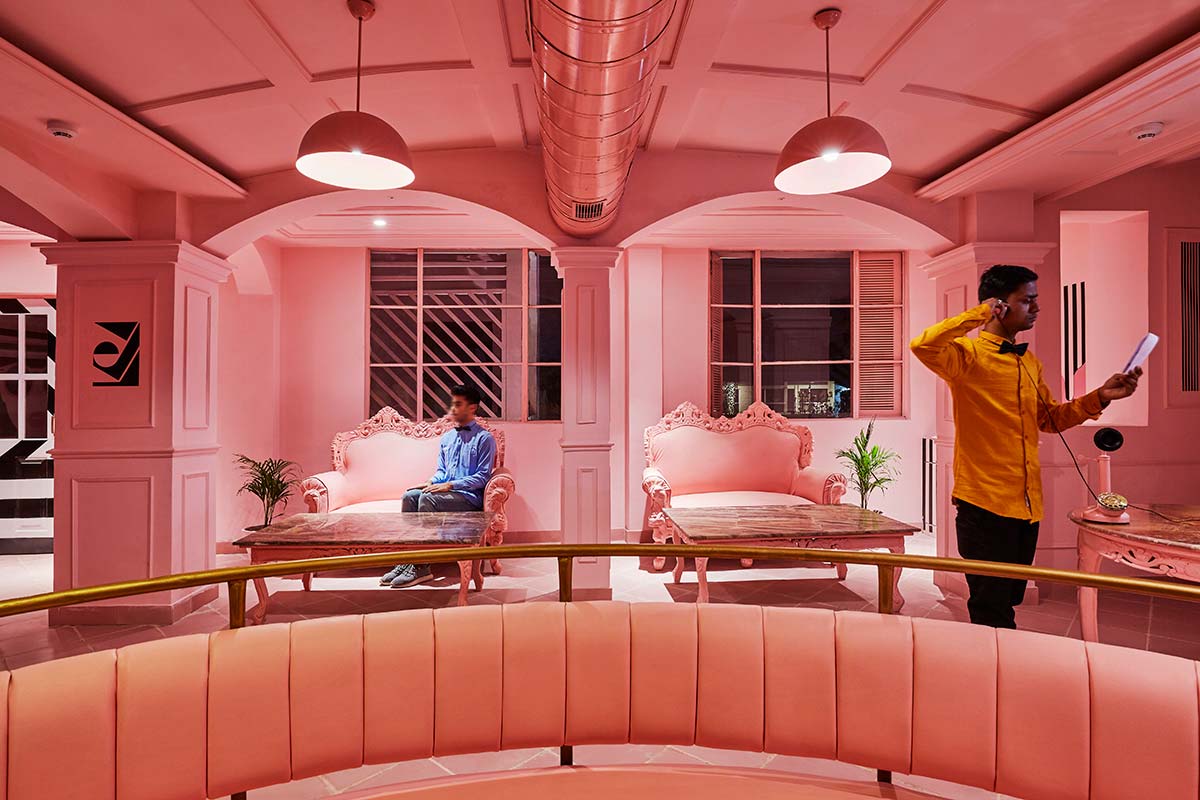 The eyes of India