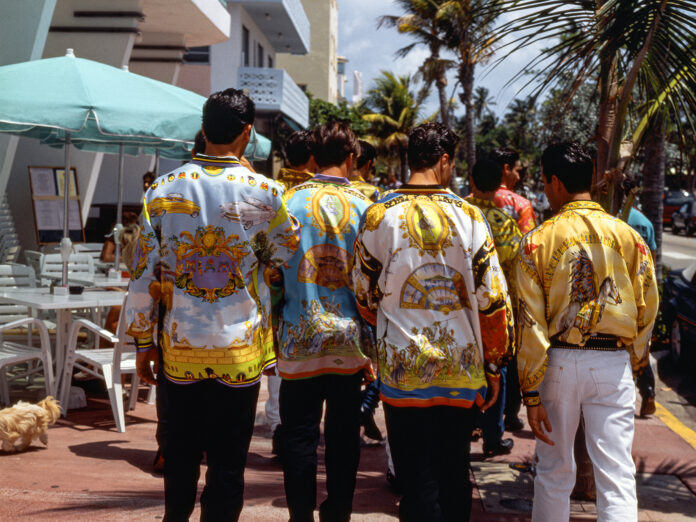 Stories of fashion and lifestyle, culture and landscape, narrated by Versace and Sasha Bikoff in Miami Beach. Stories that move across the more general literature of the Maison to create an unexpected narrative chapter. “South Beach Stories” is the exhibition that incorporates influences and inspirations drawn directly from the heritage of the fashion house, but also from the lively, colorful atmosphere of the city.

After the prolific collaboration during the FuoriSalone in Milan in April, Versace turns again to the creativity of the young American designer Sasha Bikoff, for a tale enacted starting on 6 December at the Palm Court Event Space in Miami’s Design District. The show makes concrete reference to a previous narrative, contained in the book “South Beach Stories” published by the Versace family in 1993: its pages printed in typical tropical colors – jungle green, lime, orange, Caribbean blue – provide the palette with which Bikoff creates a new setting, enhanced by archival photos by Doug Ordway (which were also part of the book, selected to represent the imagery of Versace). 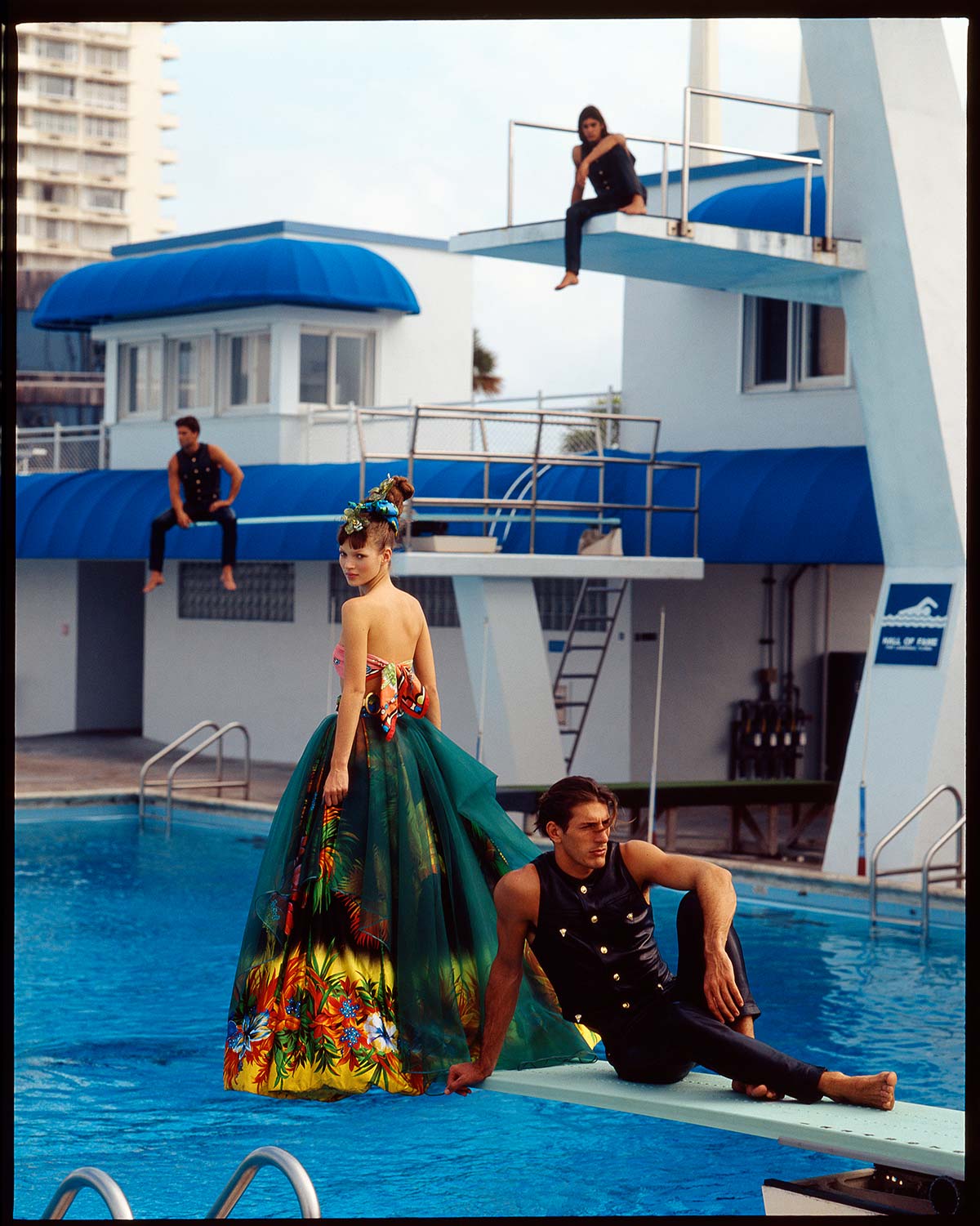 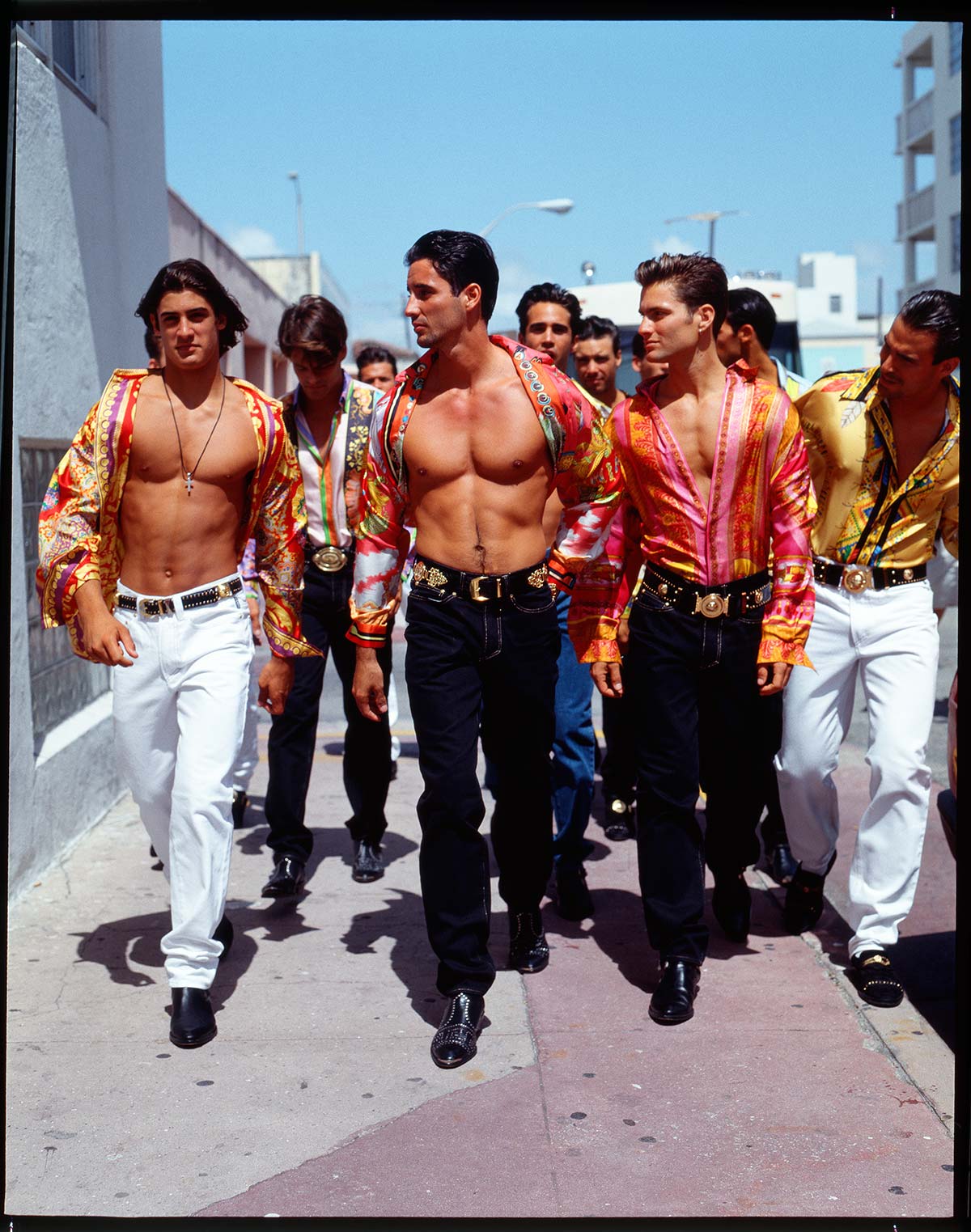 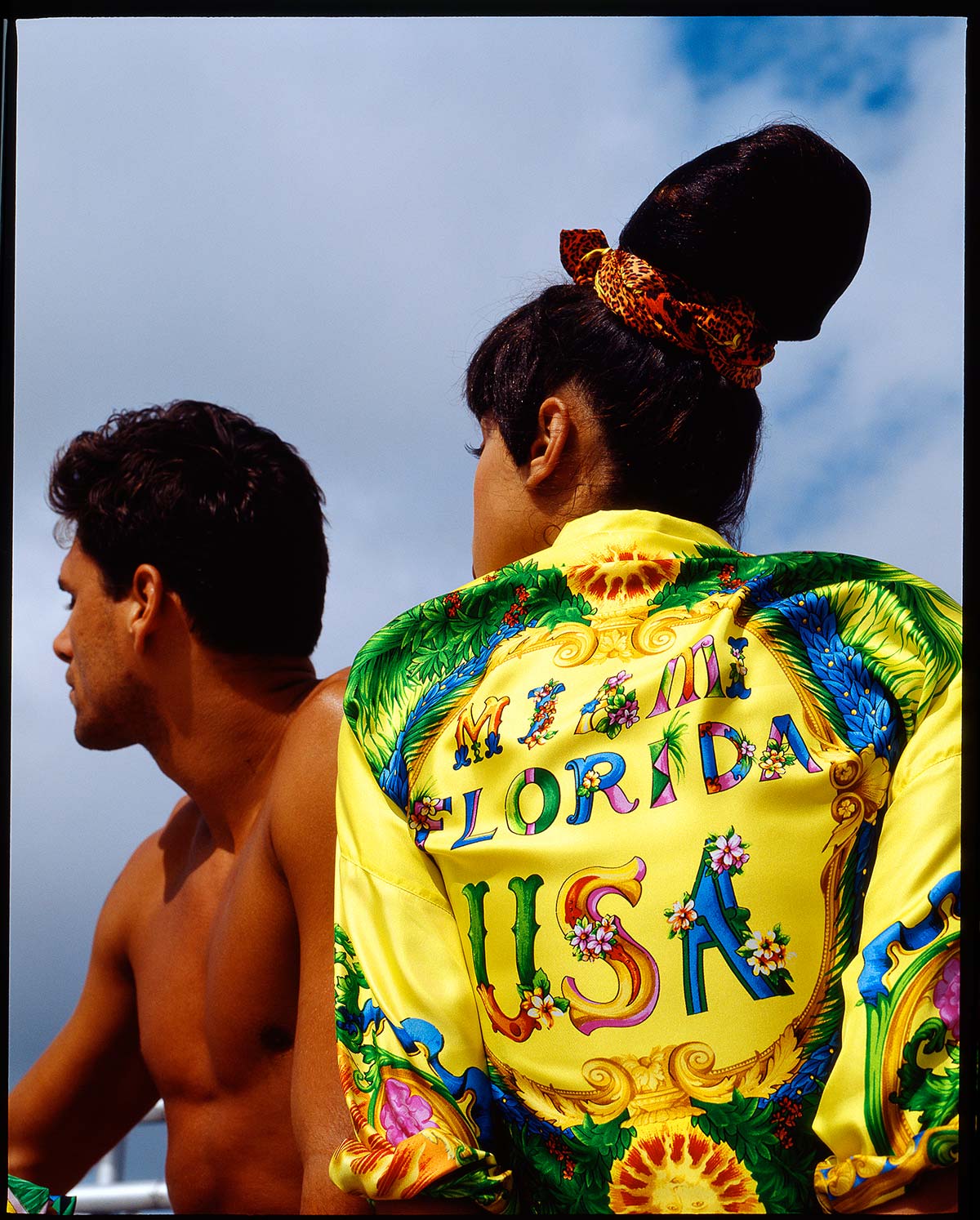 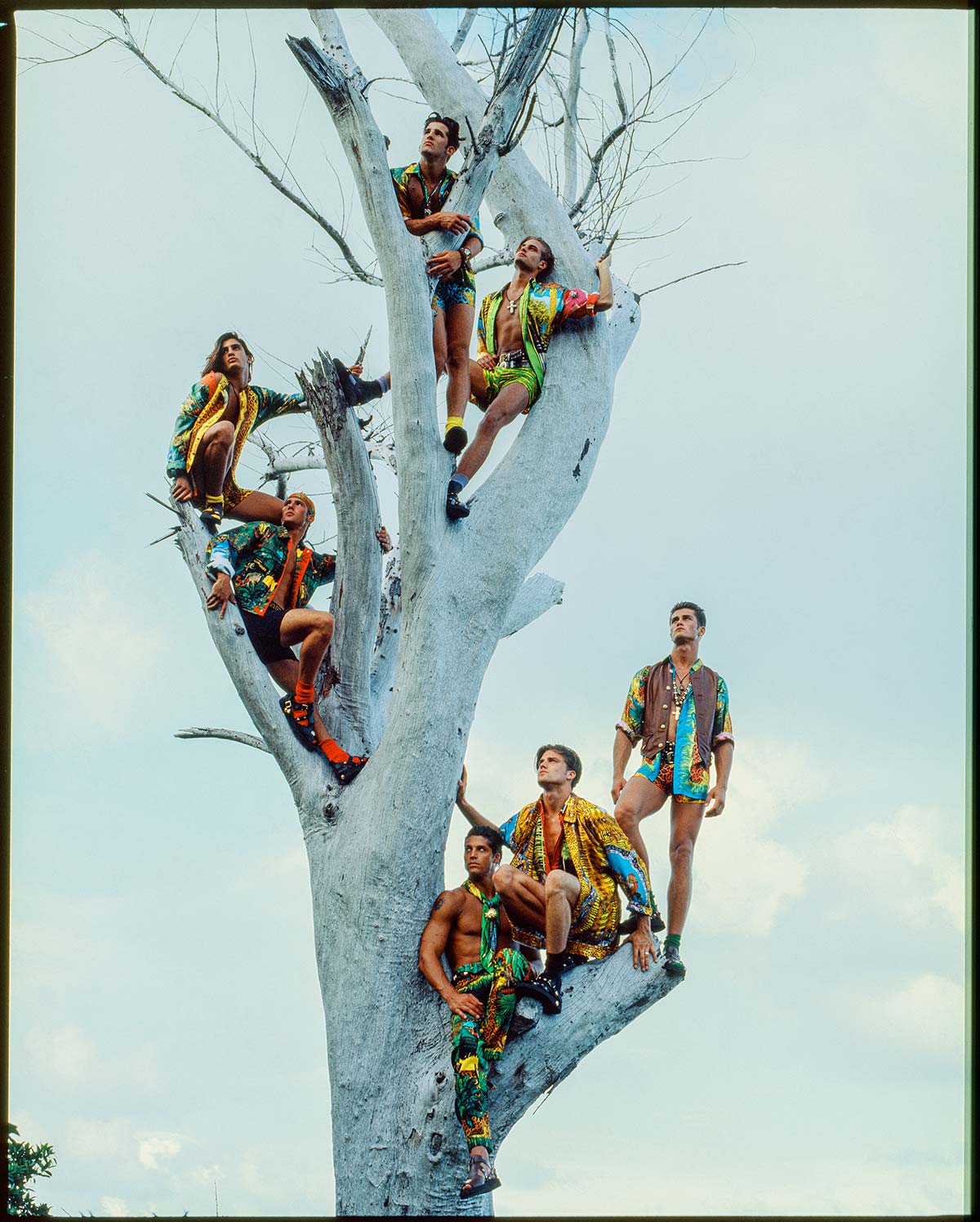 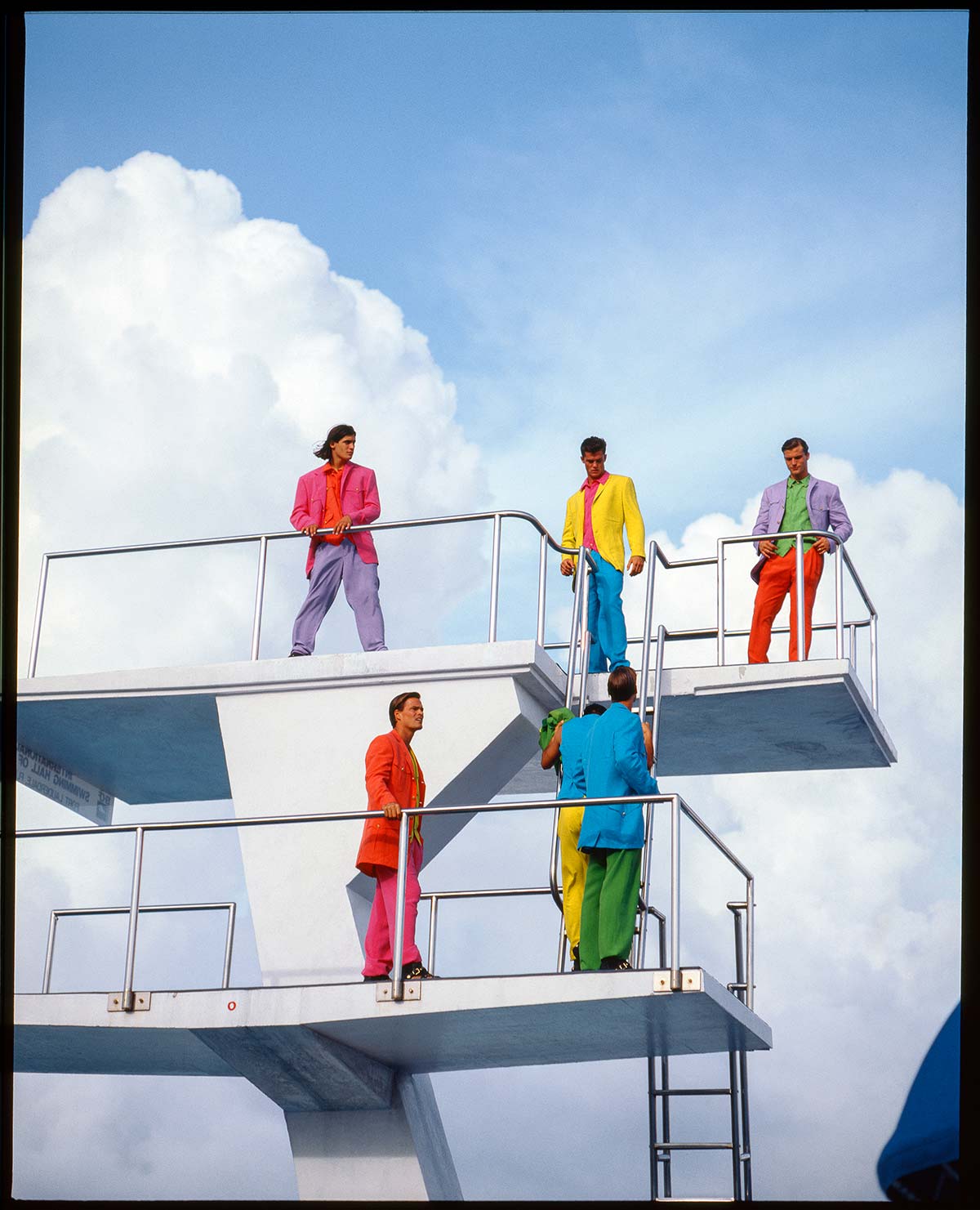 In this living context, pieces of furniture designed by Sasha Bikoff as one-offs are joined with the iconic looks of Versace that have inspired them. We need to backtrack to the 1990s in order to understand the language and the references. A bed built with surfboards and covered with an Art Deco sheet faces the Spring-Summer collection for 1994; the garments of the legendary Miss S&M collection of Fall-Winter 1992 are transformed into a leather swing; a velvet chair with a seashell form finished with multicolored fringes suggests a voluminous skirt with marine motifs, shown in the Spring-Summer 1993 Versace campaign.

Though in this artistic experimentation made of contaminations it is always fashion that acts as inspiration for the world of design, the eclectic Bikoff manages to turn the tables, even designing two Virtus bags in a limited edition: the decorations found on the buildings facing Ocean Drive supply the patterns of the accessories, in pastel Art Deco hues.

These two proposals are seen inside the Versace boutique of the Miami Design District, immersed in three installations created by Sasha and presented for the first time during the FuoriSalone 2019 in Milano. 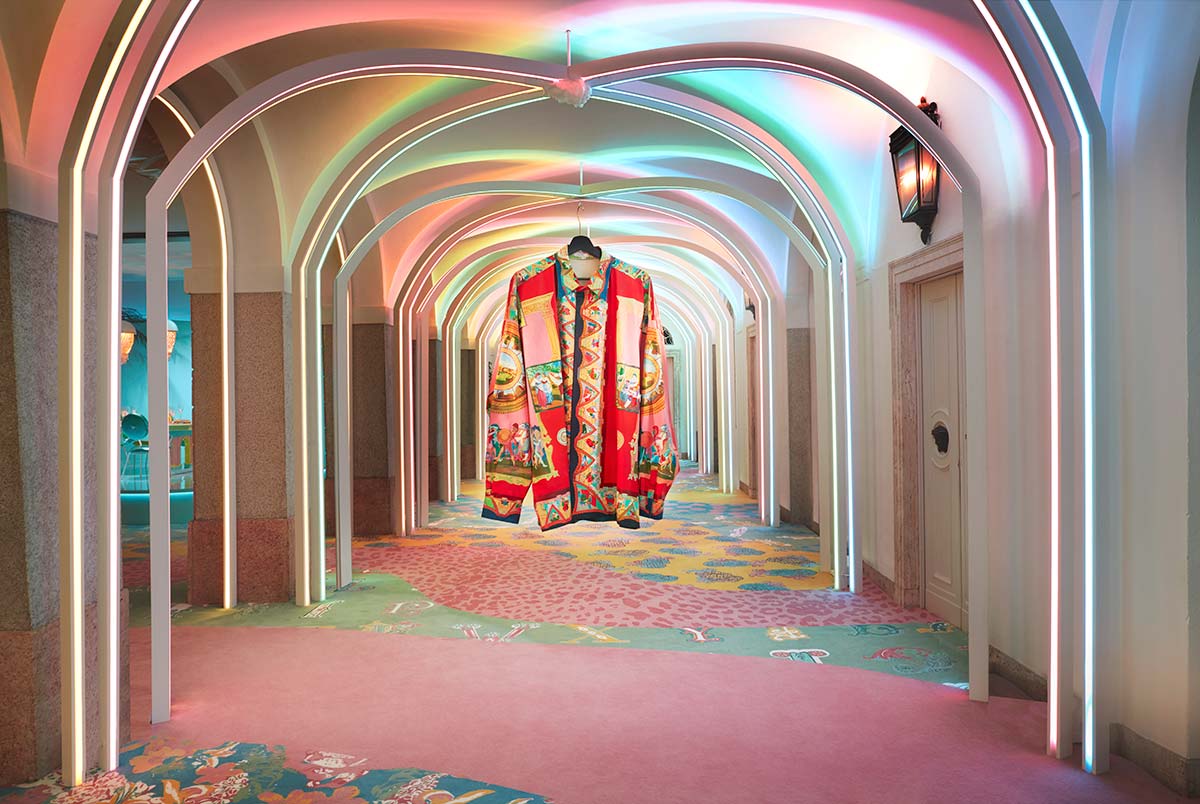 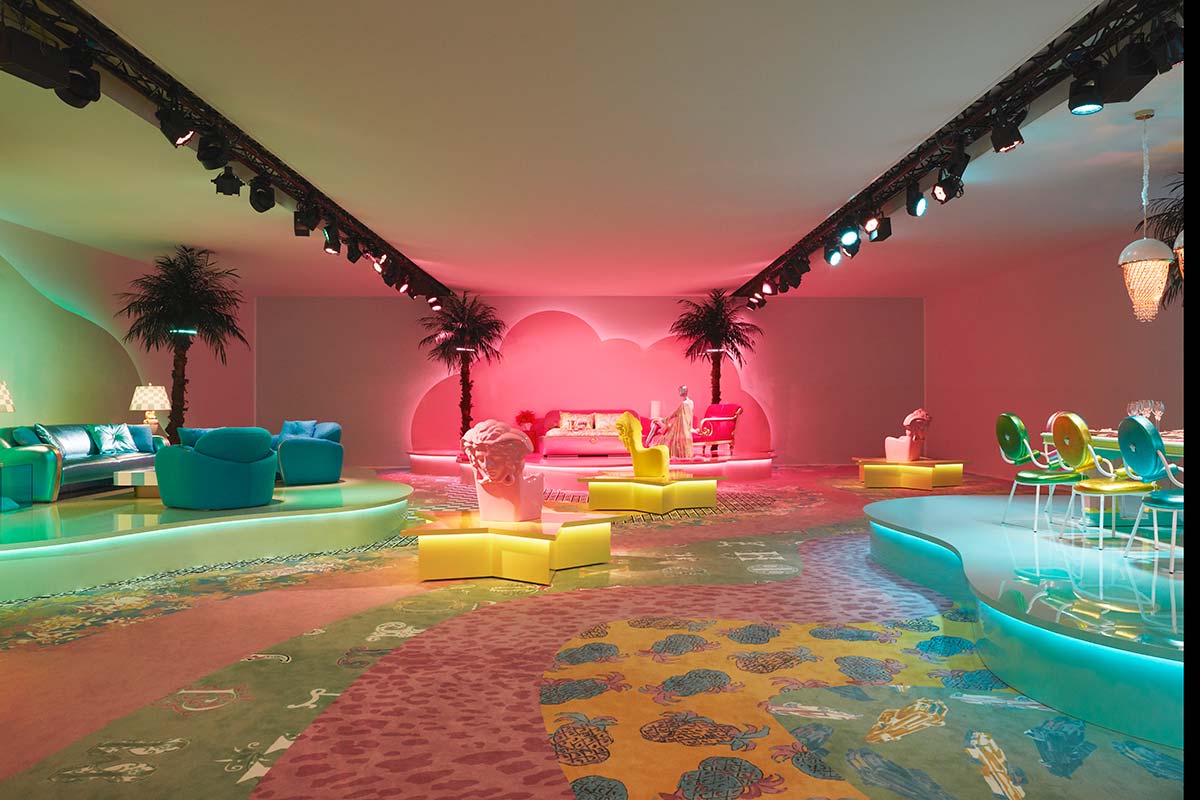 Versace Home and Ludovica+Roberto Palomba: together, outside the comfort zone

Living well and in a glamorous environment, even w

@zanaboni_official updates the concept of “bien

Minimal and elegant for the eyes, soft to the touc

A new edition of @maisonetobjet is started, marked

Get the dates in your diary now! @maisonetobjet w

Sahrai: travelers of the world and time