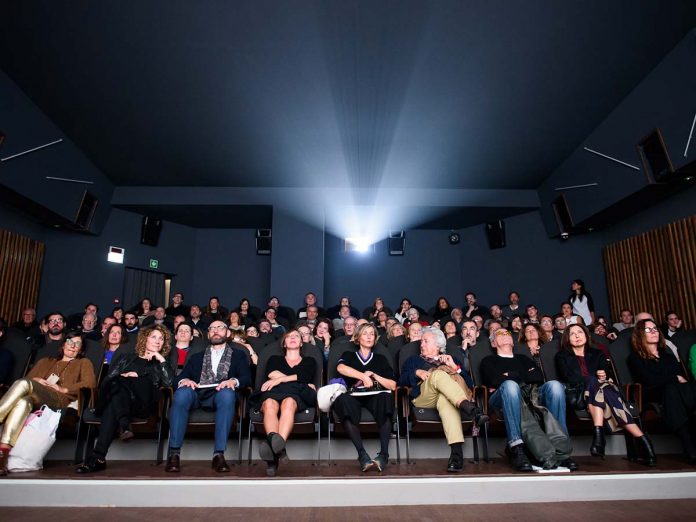 The curtain opens on the Milano Design Film Festival. In a few hours, the 7th edition begins, offering a meeting place for design and cinema, in the finest movie theaters of Milan, such as Cinema Anteo. The program calls for the screening of almost 100 films, from 24 to 27 October: The Human Shelter by Boris Benjamin Bertram kicks things off.

The guest curator of the 2019 edition is Alice Rawsthorn, charged with selecting 10 films that answer the question ‘what makes a film a design film?’
The four-day program gravitates around this year’s theme, Mind the gap, selected by the founders and curators Antonella Dedini and Silvia Robertazzi to narrate a historical moment of coexistence of different generations, of fears and enthusiasms about change and reflections on differences.

But this is not the sole focus of the event. The spotlight is also on other timely issues, with an approach that facilitates comprehension even on the part of those who are not experts in the design sector. In this approach, Bloom is the new section curated by Antonio Perazzi on the relationship between man and nature. There will also be a look into the future with the Artificial Intelligence section, a series of titles that investigate a world made by machines with algorithmic plots. Art of Thinking brings together experimental films from a cinema standpoint.

New developments for 2019 include the Architecture Film Award, a new biennial appointment to encourage the production of cinema works on design, also as a tool of communication.

A world of light at Marina Bay

Pedrali at the Scandinavian venue