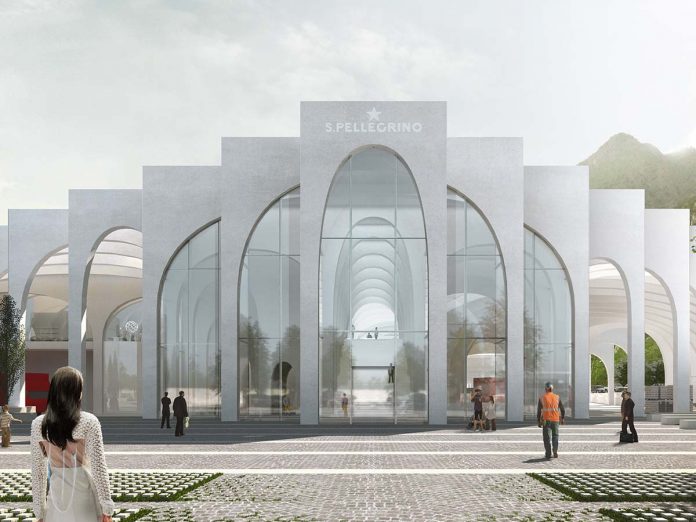 The future has an ancient heart for San Pellegrino, the historic mineral water supplier with deep roots in Val Brembana, whose mission has always been to bring the Italian art of living into the world. The territory is its source, not only in terms of the water itself, but also in terms of an enlightened way of doing business, ever since the founding of the company on 21 May 1899, paving the way for innovation and success.

The production facilities at San Pellegrino Terme, in the province of Bergamo, have been the starting point to celebrate 120 years of history of Sanpellegrino Spa, along with a book that traces back through the brilliant phases of the firm’s progress, looking to the future in line with the strategies of the Nestlé Group, owner of the company since 1999.
This will be the location of the Factory of the Future which will boost production, while helping the Lombardy territory to grow thanks to overall investments of 90 million euros, including civil works, facilities for production, bottling and logistics, and a restyling and expansion of the factory. The project slated for completion in 2022 is by Bjarke Ingels, at the helm of the international architecture studio BIG (Bjarke Ingels Group), with an accent on social and environmental sustainability, through a mixture design and technology.

“I wanted an efficient, healthy factor, but also one that was not traditional – Ingels says – with respect for nature, the waterway alongside the plant, and the age-old culture of use of this precious resource. I took inspiration from typical architectural features of the zone, such as balconies and porticos, and I thought about aquatic equivalent of a winery, not dark but bright, composed of open, fluid spans.”

A series of slender concrete arches will frame the factory, offering new views of the Orobic Alps, making it possible to gaze beyond the architectural barriers towards the mountain panorama. Transparency was one of the main objects, not only in visual terms: “Functional architecture becomes experiential – Ingels continues – to make the workers and the inhabitants of the area live in a state of wellbeing.” Hence the creation of a Visitors’ Center that provides open observation of the phases of production, an auditorium and a theater to involve the community in cultural initiatives, and a large piazza in front of the entrance, which creates a sense of proximity, inviting people to enter.

A structure in which the primary value is the human being – with a dining hall, fitness space and daycare center – to underline the company’s shared values and social responsibilities. This attitude is also reflected in the presence of photovoltaic panels, high-efficiency systems for energy and recovery of water, guaranteeing rational consumption of hydric resources. New circulation roads and an access bridge will reduce the passage of large trucks in the town center. The first stone was laid on 27 September for this “temple to quality of life and water.”

Past and present Puglia