The society of today, as it gets ready to enter the second decade of the second millennium, is one of stark contrasts. The technological dimension (from hyper-connectedness to the constant presence of digital services in our daily activities) is in opposition to man’s search for a more introspective dimension, one related to the growing need to safeguard both personal and planetary wellness. This is a first and general definition of the future trends identified by ColorWorks®.

The technology and design centre of Clariant’s Masterbatches business unit (whose primary objective is the creation of a ‘color forecasting guide’ entitled ColorForward®, which groups together the fashionable colors for the following year) begins its research right here within this multi-faceted company: changes, innovations, developments in the widest range of fields, movements that are grasped, perceived, and explored at their inception by the international experts of ColorWorks® and by its four centres (San Paolo, Chicago, Merate, and Singapore). Identified and divided into four macro-themes or ‘stories’, these are perfectly represented in terms of hues. Each story is assigned a palette of five colors, for a total of twenty, which define ColorForward® for the following year. It was from this year-long study and a global field of research that the Color Stories, which narrate the Color Trends of 2020, were born.

The 2020 palette, abandoning neutral nuances in favour of strong, lively, and fresh tones, and representing society’s conflictual nature and subsequent search for balance, grafts itself to a trail of color that has much in common with ColorForward 2019, in which a greater sense of positivity and determination emerged through cleaner and more vivid hues. In fact, at the centre of the care-LESS theme is Man, whose empathy towards current events and worldwide catastrophes is called into question: a personal dimension that is turned upside down in Genevolution, a theme that brings up the topic of bio-chemistry and of the genetic mutations made possible by new developments in scientific technology.

There is also a significant focus on digital technology, so predominant in daily life that it has become invasive and even conditions behavioural rating systems. While society seems ‘stuck’ in this technological progress, futuristic companies are preparing to tear down the boundaries of space and time, attempting to conquer the universe. This is explored in Eye Am Watched and Be Right There, respectively. Guiding us through this journey, with exclusive rights granted to IFDM and subdivided into a seasonal double episode in the two publications, is Judith van Vliet, ColorWorks® Designer and leader of the ColorForward® team. Here are the first two stories.

Terrorist attacks, plane and car crashes, natural disasters, civil wars, political scandals… How much do these events still manage to strike an emotional cord within us? The answer to this question is in the title of the story. We care, but less. Less as compared to a past when Al Qaeda attacks shocked us, when climate change frightened us, when we were not yet bombarded on a daily basis by negative information which today has left us immune, desensitised, and inactive in the event of such tragedies. ‘Less’ also quantitatively speaking: a phenomenon of ‘selective empathy’ has emerged, a reaction which causes us to filter out and select only a portion of the current events that we are fed each day and to which we have an emotional reaction, in an instinctive effort to safeguard our mental health. 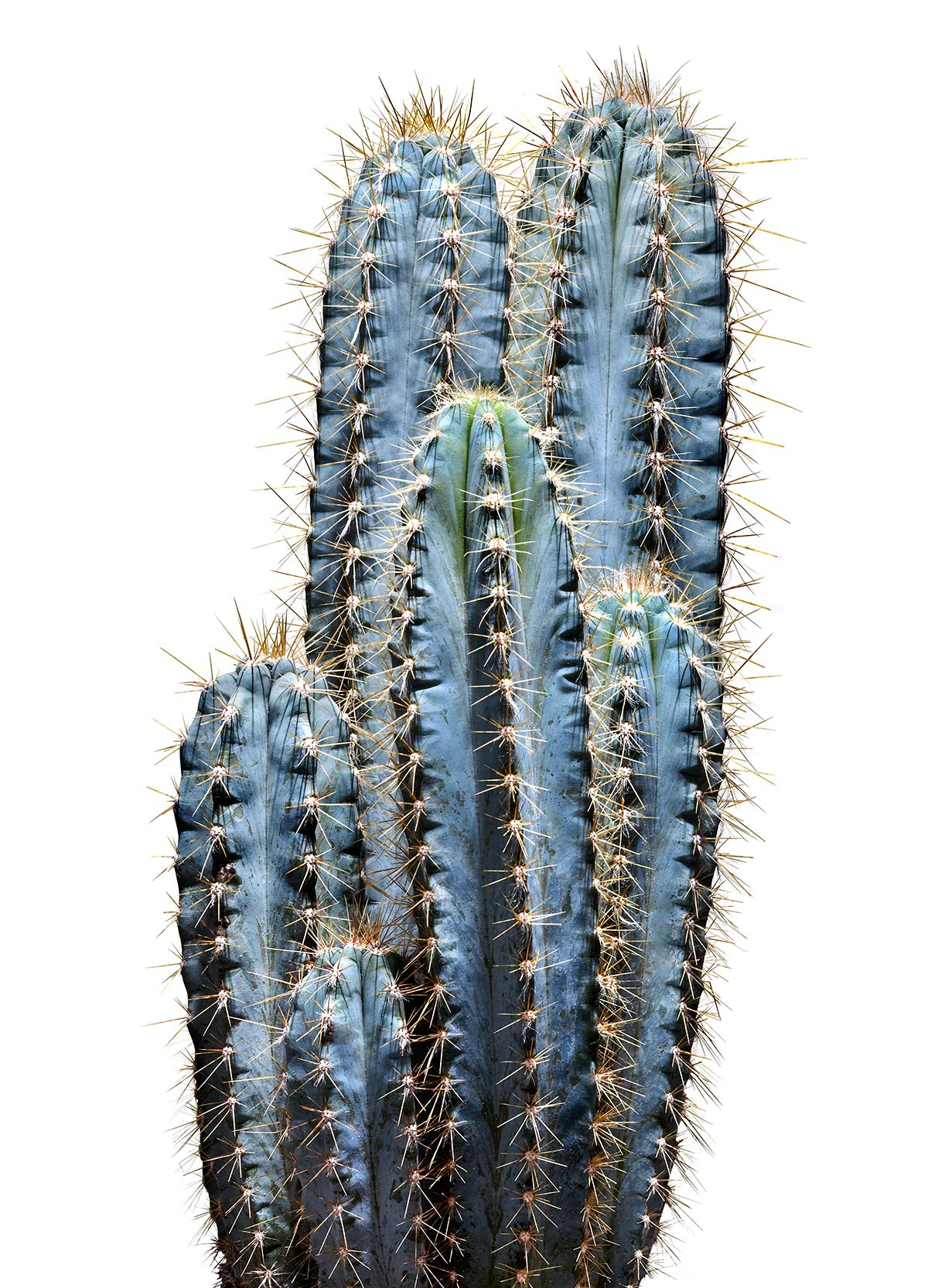 Chris Marlow, founder of Help One Now and author of the book Doing Good is Simple: Making a Difference Right Where You Are, talks about ‘compassion fatigue’. A study by the University of Sussex has demonstrated how online media can negatively transform our mood into one of anxiety and sadness. Moderating our emotions with apathy is, therefore, a healthy reaction, which the story visually interprets using the symbol of a cactus, its spines keeping everyone at a proper distance.

A solution to the entire problem comes from Yale University, with its course “Psychology and the Good Life” (the most highly attended in the university’s 300-year history) which teaches students to live better and more happily. Within just two days of its launch, 90,000 people had already enrolled in this free online course! The concept of teaching happiness was also being developed at the same time on the other side of the world, in India. The first school whose mission it is to teach children how to be happy and compassionate, before focusing on skills and knowledge, will be completed in Chennai by the end of 2020. The Riverbend School will not, therefore, offer traditional classes and subjects (art, meditation, and sports will be encouraged) and even the architectural structure of the campus will be designed in accordance with this objective. In fact, it recreates the concept of an urban village which, according to a Harvard study, encourages strong relationships with friends and family, something which helps us to live happier lives. 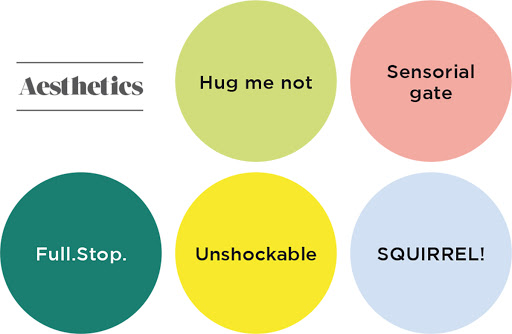 Chromatically this trend translates into a color palette with strong accents, softened by the light mint green of Hug me not, the same color as the cactus. The concept of ‘selective empathy’ is translated by Sensorial gate, a light and transparent red in the tactile aspect of the texture, to symbolise our mind and the process by which it selects information before becoming saturated by negative news stories: a situation represented by the intense green of Full.Stop. While the bright yellow of Unshockable, up until now a color of warning, loses its attractive strength in 2020, exactly like our capacity to be surprised by current events, ultimately becoming paralysed. And then there’s the ice blue of SQUIRREL!

Second story: Be Right There

We leave the daily grind and project ourselves into a more futuristic dimension. This story represents man’s innate desire to push beyond the known limits of space and speed which, thanks to new scientific technology and discoveries, will achieve important milestones in the next year. 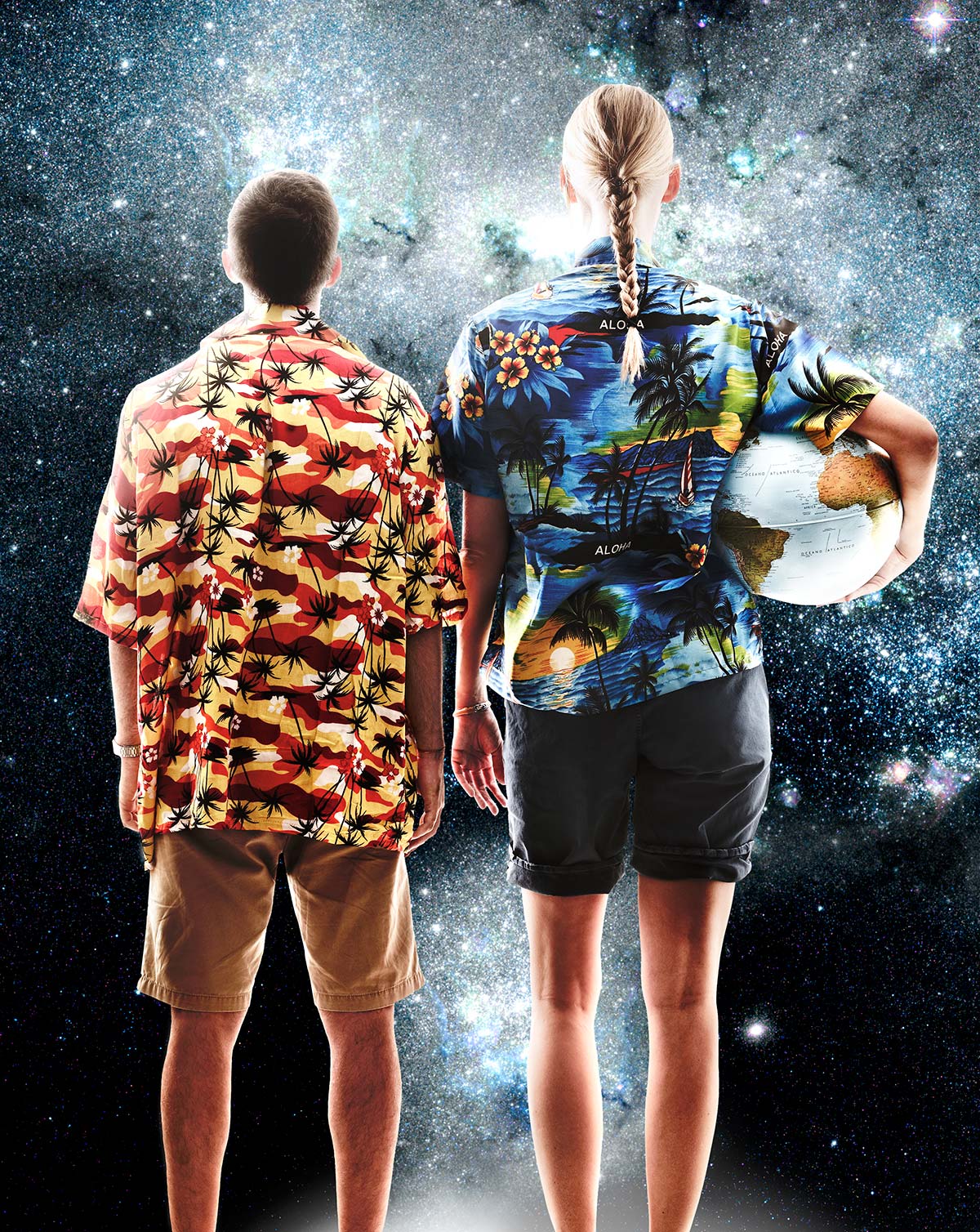 In fact, in 2020 the first hyperloop, a magnetic levitation train capable of travelling at 1200 km/h in low pressure tunnels, will be marketed. Also set to arrive soon is the hyperloop conceived by Elon Musk which will connect Los Angeles and San Francisco. If it seems as though the barriers of time are being shattered, even more so are those of space, in the wake of a renewed enthusiasm for conquering the universe. However it’s no longer the most powerful nations that are competing, but private companies seeking to make space travel ‘cheaper’ and more accessible in order to encourage the development of ‘Space Tourism’. Leading this movement is Virgin Galactic, founded by Richard Branson (owner of Virgin) who was motivated by a desire to bring tourists into space for ‘leisure’; Blue Origin by Jeff Bezos (founder of Amazon) who maintains the even more extreme belief that humanity must become multi-planetary in order to survive, with Earth dedicated to residential use, and space and the other planets used for manufacturing; and, lastly, Spacex by Elon Musk (who has always been fascinated by Mars) with its most recent achievement related to Rocket booster retrieval.

Without waiting too long, it’s already possible to get a taste of a spacial experience within the European Space Agency’s exclusive Airbus A310 Zero-G, which makes parabolic flights that simulate the same microgravity that astronauts experience on board the International Space Station.

This “space race” raises the following questions: “Who does space belong to?” and “Who is responsible for all of the orbital garbage that is created as a result of these explorations?” It is estimated that approximately 29,000 pieces of debris measuring more than 10cm in diameter orbit the Earth at a speed of 28,000 km/hour, constituting a danger for all future trips into space. Dutch artist Daan Roosegaarde created the Space Waste Lab project (in collaboration with the ESA) to emphasise the topic. His installation, which uses LED bulbs, illuminates the heavens to trace the path of the debris in real time. 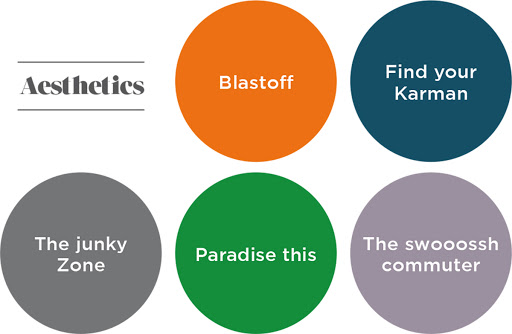 Orange returns in a ‘vibrant’ hue (after the more subtle and ‘burnt’ nuances of last year) with Blastoff, which recalls space rocket launches. Then there’s the inevitable dark blue, which combines serenity and tranquillity, called Find your Karman, a tribute to the Kármán line which, at a height of 100 km above sea level, commonly represents the border between Earth’s atmosphere and outer space. In addition to this is space junk, chromatically identified by the anthracite grey of The junky zone. This is juxtaposed by the synthetic green of Paradise this, as visionary and progressive as Jeff Bezos idea which would turn Earth into a new ‘paradise’. And lastly, the silvery lilac of The swooossh commuter, a clear reference to technology and to the upcoming invention of the hyperloop, reminding us that the future is closer than it seems.

The empathic design of Paola Navone