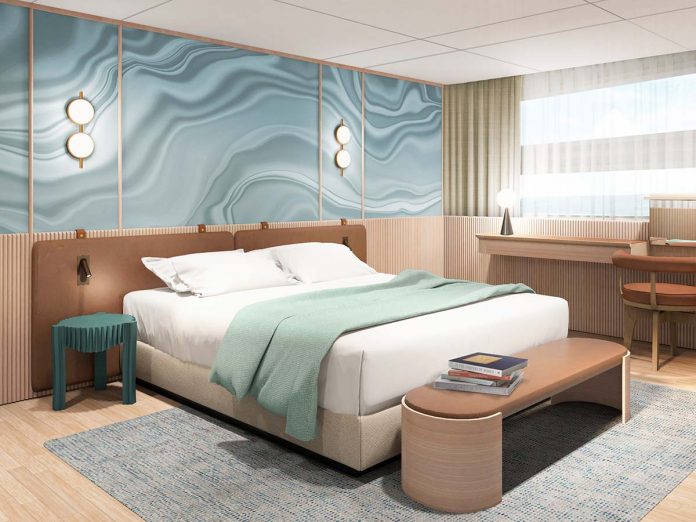 Respectively at the Cannes Yachting Festival 2019 and BOOT 2020 in Düsseldorf, the new SD96 and SL96Asymmetric by Sanlorenzo make their debut. The premiere represents an important step because it reflects a precise direction taken by the shipyard, namely that of opening to innovative, daring solutions, beyond the limits set by nautical design, to respond to the needs of a constantly evolving market, though without making any compromises in terms of image. The aim has been to pursue new scenarios by introducing a concept of transformability of spaces, enhancing the experience of those who live on board, while remaining firmly on the course that connects Sanlorenzo to the world of design.

This time Patricia Urquiola, at her first project in the world of yachting, and Laura Sessa have introduced new stylemes, in a vision that completely reinterprets the concept of on-board space. The key idea is flexibility of use. In the design of the new entry-level yacht of the SD line, a 28-meter model with a legacy behind it, inspired by the lines of the Trans-Atlantic cruise ships of the 1930s, the sensitive, sophisticated approach of Patricia Urquiola is manifested in a modular concept previously foreign to the world of nautical design.

The living are on the main deck can expand its functions by including, when needed, a dining table for 10, otherwise hidden inside a bench in front of the sofa. The salon on the lower deck is totally transformable thanks to a series of sliding panels that can be closed to create a VIP cabin with bathroom. The sky lounge on the upper deck, with its modular furnishings and windows that open completely, can be used as a living area, a dining zone or a cinema.
The continuity of indoor and outdoor finishes, such as the wood floors in the Biscuit pattern, creates a single space with the fly bridge, which can also be utilized as a lounge or outdoor dining area, thanks to a coffee table that can be converted for meals.

The furnishings are by companies that embody excellence in international design, in this case with bespoke solutions, adapting their products to the needs of the design in terms of technical characteristics, materials and construction.

The project by Laura Sessa for the SL96Asymmetric yacht, an evolution of the first asymmetrical yacht in the world designed by Chris Bangle, technician and interior designer at the shipyard, and Bernardo Zuccon, is also exceptional. Her interior design concept is inserted in an asymmetrical arrangement skillfully disguised that makes it possible to recoup about 10 square meters of space for the interiors, offering volumes previously set aside for other functions and above all generating new living scenarios.

The new approach includes: simple interior panels for great flexibility; ways of exploiting natural light, like the new layout of the main deck salon that gains luminosity through two large lateral windows and from the stern area; the dressing room of the nighttime zone, which features a skylight; mirrors in the lobby and on the sliding doors of the private bathroom in the VIP cabin, to boost a sense of internal space. For the furnishings, Laura Sessa has totally embraced the ‘made-to-measure’ approach with coherent choices of materials and colors, those of the Mediterranean, in her distinctive style. “Boats come to life around ideas” – says Antonio Santella, vice-president of Sales & Marketing for the Superyacht division of Sanlorenzo. A true strong point of the company.

The Florentine style that embraces the luxury