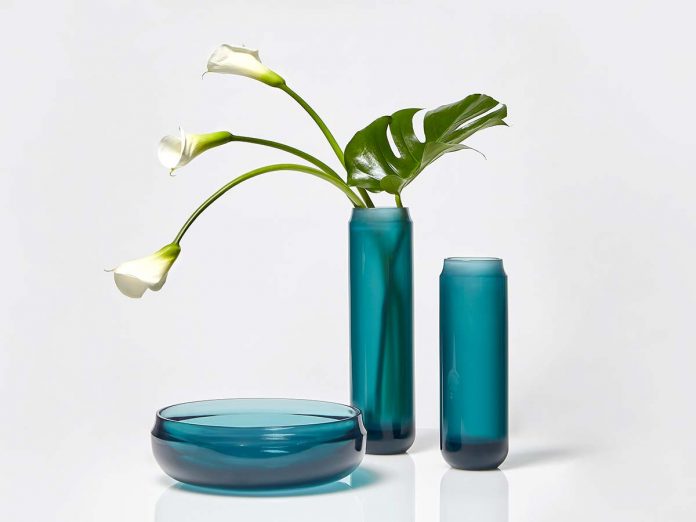 The collaboration between Antoniolupi and the studio Calvi Brambilla continues. The duo has created three new collections of flower vases, Asa, Nisi and Masa, for the brand specialized in the design and production of complete bath furnishing solutions and products.

The three pieces are made of Cristalmood, the new material patented by the company, now used in the production along with Corian®, Flumood and Quarzomood. Three different forms, three interpretations of sophisticated elegance, in a fine balance between geometric lines and reminders of nature.

The names come from the nursery rhyme repeated by children in Fellini’s film 8 1⁄2. The vases suggest precisely such carefree moments, as protagonists of a bygone domestic existence, very different from the homes of today.

The common feature of Asa, Nisi and Masa is the cylindrical form. In the first, the cylinder of different heights and diameters is tapered at the top to form a border. In Nisi, it is seamlessly joined with the figure of a cone, while in the Masa series a deep cut joins the two halves of a volume that rises to different heights, giving the vase an unusual image.

The collections are available in the ten colors of the Antoniolupi range.