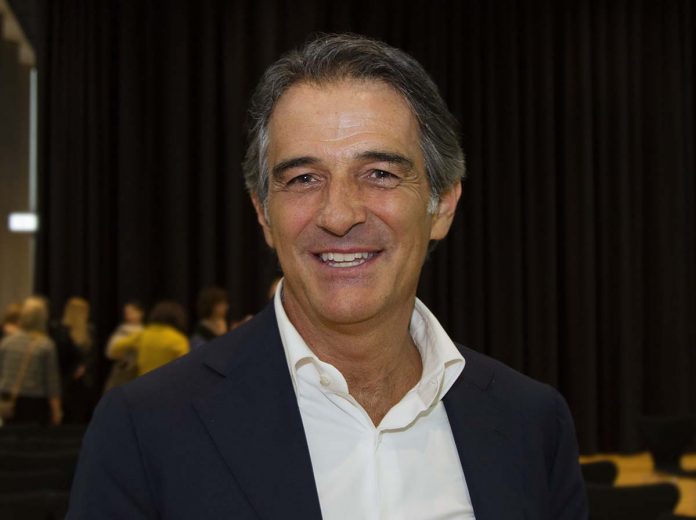 The start of an important partnership. During the prize ceremony for selected projects emerging from the workshop “12 complements for 10 rooms,” Claudio Feltrin, President of Assarredo, and Giuliano Simonelli, President of POLI.design, announced the entry of FederlegnoArredo, the Italian federation of industries of wood, cork, furniture and lighting, in the advisory board of POLI.design, one of the most outstanding post-graduate institutions in the design field on an international level.

The partnership has been created to develop synergies and joint projects in the wood-furniture sector, a supply and production chain that reported 42.6 billion euros of turnover last year, confirming the fact that this sector is in a period of growth.

“We are proud to announce the start of this collaboration, a bridge between the excellence of industry and design Made in Italy and one of the best schools in the world – says Claudio Feltrin, President of di Assarredo. – The pact is the result of affinities intrinsic to the two organizations, and of the desire to generate increasing contact between entrepreneurs and the world of higher education. We share the same objectives, to construct future scenarios together, identifying the new figures that will be necessary for the growth of the sector, and to respond to the needs of a world in continuous evolution, such as that represented by the wood-furniture industry as a whole.”

A dialogue between academic culture and the world of professional know-how, supporting the development of businesses, with the aim of encouraging fertile interaction between universities, institutions, companies, students and professionals.
“I am very pleased to reinforce the bond with FederlegnoArredo through this collaboration. Our objective is to work together to reveal the synergies between an important system of companies, such as that of FederlegnoArredo, and one of the most prestigious education systems in the world, namely POLI.design” – says Giuliano Simonelli, President of POLI.design. “Our collaboration has been announced precisely during the assignment of awards on the part of Assarredo to students of the Design System of Politecnico di Milano, as an initial confirmation of how this partnership can lead to fertile and stimulating results.”

Precisely “12 complements for 10 rooms” is among the first projects organized by Assarredo with Sistema Politecnico di Milano: 30 students in the first year of the masters program in Interior Design and Product Design, and 12 companies in the Furnishing Complements Group have worked for two months to produce ten projects of spaces with drawings, renderings and models. An award of 5000 euros was assigned to the winner.

A double-digit growth for Novello

A new home for FLA Eventi