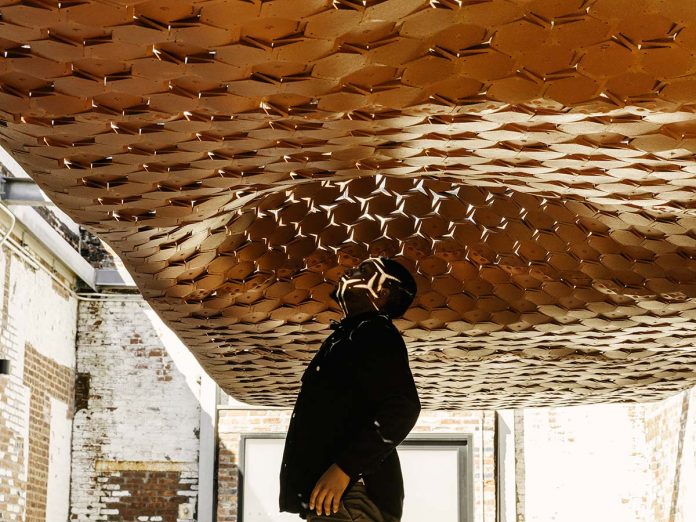 An immersive experience of relation to the urban context, offered by A/D/O by MINI in collaboration with Studio INI.
Founded by MINI as part of the company’s design division for the discovery of innovations that can improve the quality of urban life, for the second consecutive year A/D/O opens its space at Greenpoint in Brooklyn during NYCxDesign, hosting an installation of great visual and experiential impact.

After the success of the interactive exhibition Spirit of the City designed by United Visual Art in 2018, this year the facility presents Urban Imprint, an outdoor site-specific creation of Nassia Inglessis, a designer and engineer working in London and Athens, founder of Studio INI; her name also stood out in the catalogue of the London Design Biennale last year, where she presented the kinetic installation DISOBEDIENCE (ΑΝΥΠΑΚΟΗ). 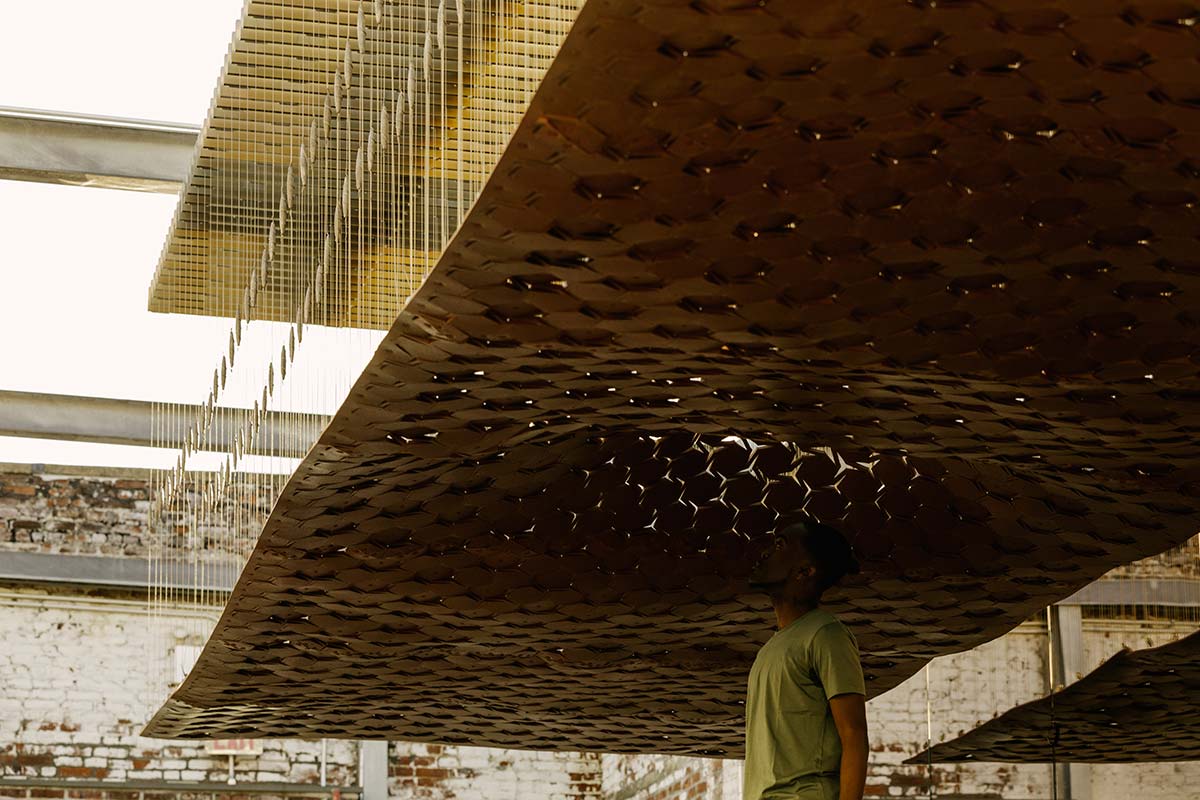 In keeping with the philosophy behind A/D/O, the designer has investigated the future of design in the context of the life of cities and the urban panorama. Her reflections have led to a project that reimagines the relationship between people and the surrounding constructed environment, permitting visitors to reshape their own physical and architectural space through their own movements inside the work.

The fulcrum of the project is a system of pulleys (hidden inside the reflecting wall) that connects the two levels – ceiling and floor – of the installation: when someone passes, the floor is lowered while the ceiling rises symmetrically, creating an enveloping dome: spatial boundaries are expanded, rising and retreating, separating in an utterly personal and dynamic experience. The enveloping ceiling is made with a mixture of rubber and cement, colored in a distinctive brick red and cut by laser to permit the sinuous movement of the surface while allowing natural light to filter through the geometric pattern.

“In cities, we are so often adapting to the physical constraints of a predefined plan, as if poured into a vessel of concrete and glass” explains Inglessis, “I wanted to explore what it would look like to create a more symbiotic and ‘natural’ relationship between us and our built environment. In nature, the human self is both part of an ecosystem and an architect of the constructed space; a space that takes form as a result of the imprint from all the living organisms that inhabit it. The goal of Urban Imprint,” Inglessis continues, “is to explore the potential of a highly responsive urban space; one that I hope can allow its visitors to feel present and empowered through their own unique imprint.”

Manerba, a place to live