Illuminated River will be the longest public art installation in the world once complete, spanning up to 15 central London bridges, from Albert Bridge in West London to Tower Bridge in the City. With the exclusive participation of Signify (formerly Philips Lighting) as lighting supplier. “The project began as an international design competition that attracted entries from over 100 teams across the fields of art, architecture, technology and design”, says Sarah Gaventa, Director of Illuminated River Foundation. “In 2016, London Mayor Sadiq Khan announced American artist Leo Villareal and British architecture practice Lifschutz Davidson Sandilands as the winning team, and following the development of the design and granting of planning permissions, works started on the first phase bridges – London, Cannon Street, Southwark and Millennium – the last February”.

The main aim of this project, “is to use light art to reconnect people to the bridges and their histories and celebrate their role in London”, says Sarah Gaventa. “The current lighting of each bridge is not related to any others, some aren’t lit at all, some are over lit and there is little of aesthetic quality. The artist’s eye will reveal the architectural qualities of each bridge, their relationship with the riverbanks, surrounding areas and the activity around them. We want people to engage with them more, to pause, admire and take a moment to enjoy art. We want to help promote walkability along the river and commutability upon it – it is the city’s most underused artery”.

This summer Londoners will already enjoy the installation: “We’re using a phased approach to illuminate the bridges, and we’re aiming to have all the bridges illuminated by 2022 if funding allows. The project will be in place for at least 10 years. Artist Leo Villareal also created the Bay Lights project for San Francisco’s Bay Bridge, which was a temporary installation that became permanent due to its popularity. It remains to be seen whether the public in London will embrace Illuminated River in the same way, but we hope they do”.

This is a philanthropically-funded project: “The project has received generous donations from the Balavtnik Family Foundation, Peter Baldwin and Lisbet Rausing through the Arcadia Fund and from The Rothschild Foundation. Seed funding of £250,000 was also awarded from the Mayor of London’s Office for the initial competition and the City of London has contributed to the replacement of the out of date lighting kit on London Bridge. The Foundation is committed to raise the remainder of the funds for the project from private and philanthropic sources, with no further public funding being sought. We hope corporations with offices along the river who will be able to view the installations might contribute to the running costs too”.

This project, endorsed by London Mayor Sadiq Khan, has come together through the help of many bodies, including the artist Leo Villareal, the architecture practice Lifschutz Davidson Sandilands, several philanthropists but also many public bodies, including local councils: “The collaboration between local authorities, river related organisations and business and cultural partners has been extensive. The project spans seven local authorities and requires close collaboration with heritage bodies as nine of the bridges are listed and we border two world heritage sites. We consulted with wildlife and zoological societies early to ensure that our project was not detrimental environmentally and have created the first central Thames surveys of bats and birds breeding locations. This a truly pan-London project and the communication between all bodies involved is paramount to its success; we’re very grateful for the support we’ve received so far. We are continuing to collaborate with all our partners in the build-up to the illumination of London, Cannon Street, Southwark and Millennium in Summer 2019, and beyond, for the next phases of illumination”.

A lot of events are coming to enjoy and discover Illuminated River: “We’re finalizing the details of a public engagement program, and we’re hoping to share this soon. In the meantime, we’re excited to announce that Illuminated River will form a key part of the Architecture of London exhibition (31 May – 1 September) at the Guildhall Art Gallery in London”. 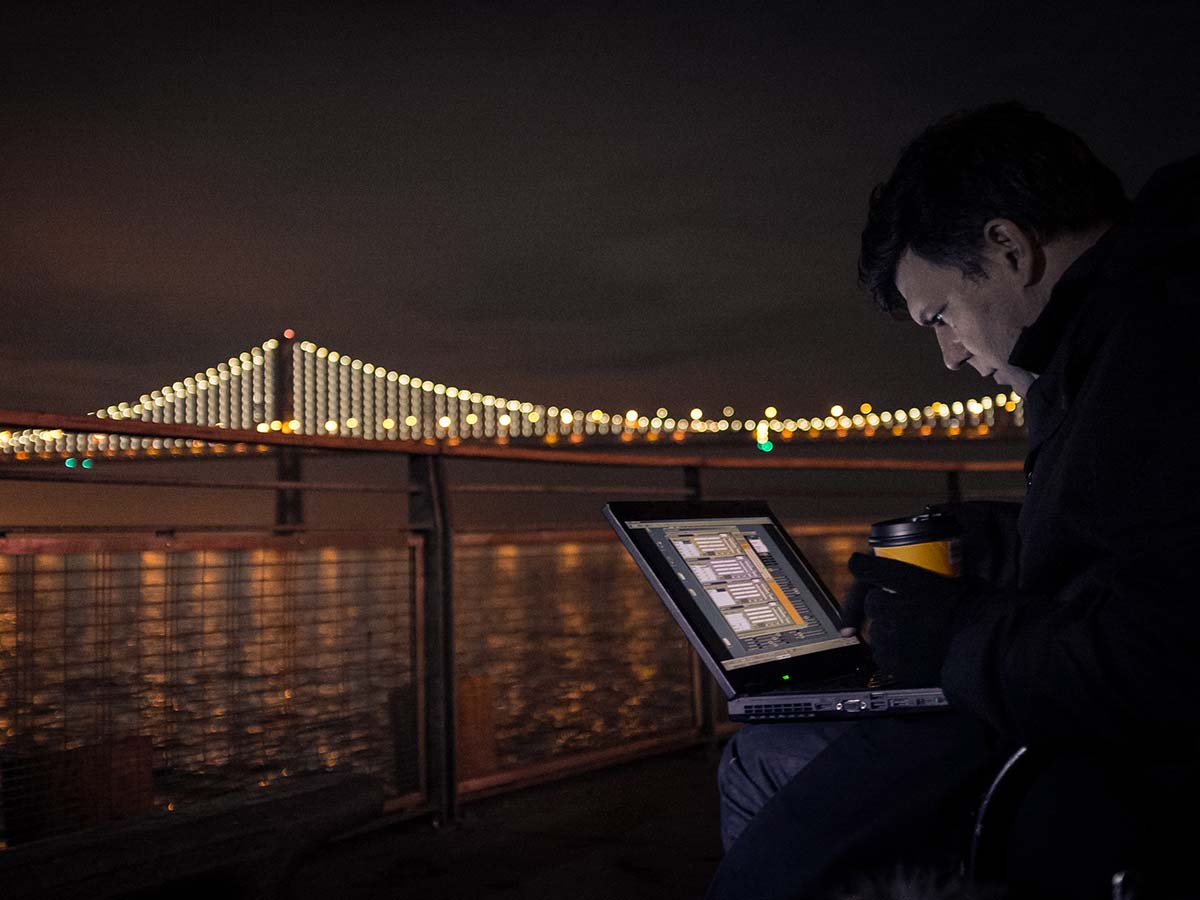 “I have developed custom software that enables me to “paint with light” using the latest LED technology – adjusting the brightness and colour to produce sequenced patterns that will play across the bridge structures. The patterns – abstract, organic and gently kinetic – are inspired by the natural and social activity of the river. Each sequence engages with the character of the bridge it relates to, highlighting key structural definitions and features, while the integrated motion across the bridges will create a unified artwork that references the river as a continuous living system”.

Could you give us some background information on the design, architectural and engineering challenges in developing this project?
“Illuminated River encompasses large scale public art, urban design, architecture, public realm and local community engagement. The project involves a number of challenges including the complete survey and conservation assessment of the bridges, as well as negotiations with the boroughs, dozens of statutory authorities, and over 100 local interest and residents groups. Every bridge is different. From the outset a key challenge, and ultimately one of our success stories in design terms, has been to work across 15 different bridges, using only a small (6) range of light fixture types and fixing those to the bridges in a consistent way, whilst making sure we create a solution that is responsive to the various quirks of each of the 15 bridges. We are also constantly thinking about maintenance during the design, so the challenge is to make sure we do our upmost to create solutions that will be successful from a maintenance standpoint, in order to assist in making the artwork look as good in year 10 as it does in year 1. Moreover, 9 of the bridges are listed and all of them site within or next to conservation areas. A huge challenge was to make sure the heritage of the bridges and their settings was considered carefully in the process. This is a rather unique project, which demonstrates our ability to address fresh challenges never encountered before. It is quintessentially a public space project, which tilts the balance of the Thames away from the domination of cars and street lighting to allow Londoners to appreciate their city literally in a new light”.

How do installations like this relate to architectural practice?
“This kind of installation is about the public realm, the city, the spaces between buildings. There are a number of considerations to be made on a more technical level – for example, we have to ensure that all the tech kits attach seamlessly to the bridge structures, and especially with 9 of the bridges being listed, this has to be done in a way that enhances their architectural beauty in daylight as well as providing the canvas for the artwork at night. In addition, obtaining planning permissions and consents for all 15 bridges was a monumental undertaking. Lastly, communicating an idea is part of our job as architects – communicating to the several different parties involved in this project what this artwork is and how it’s going to work has been a massive part of our role”. 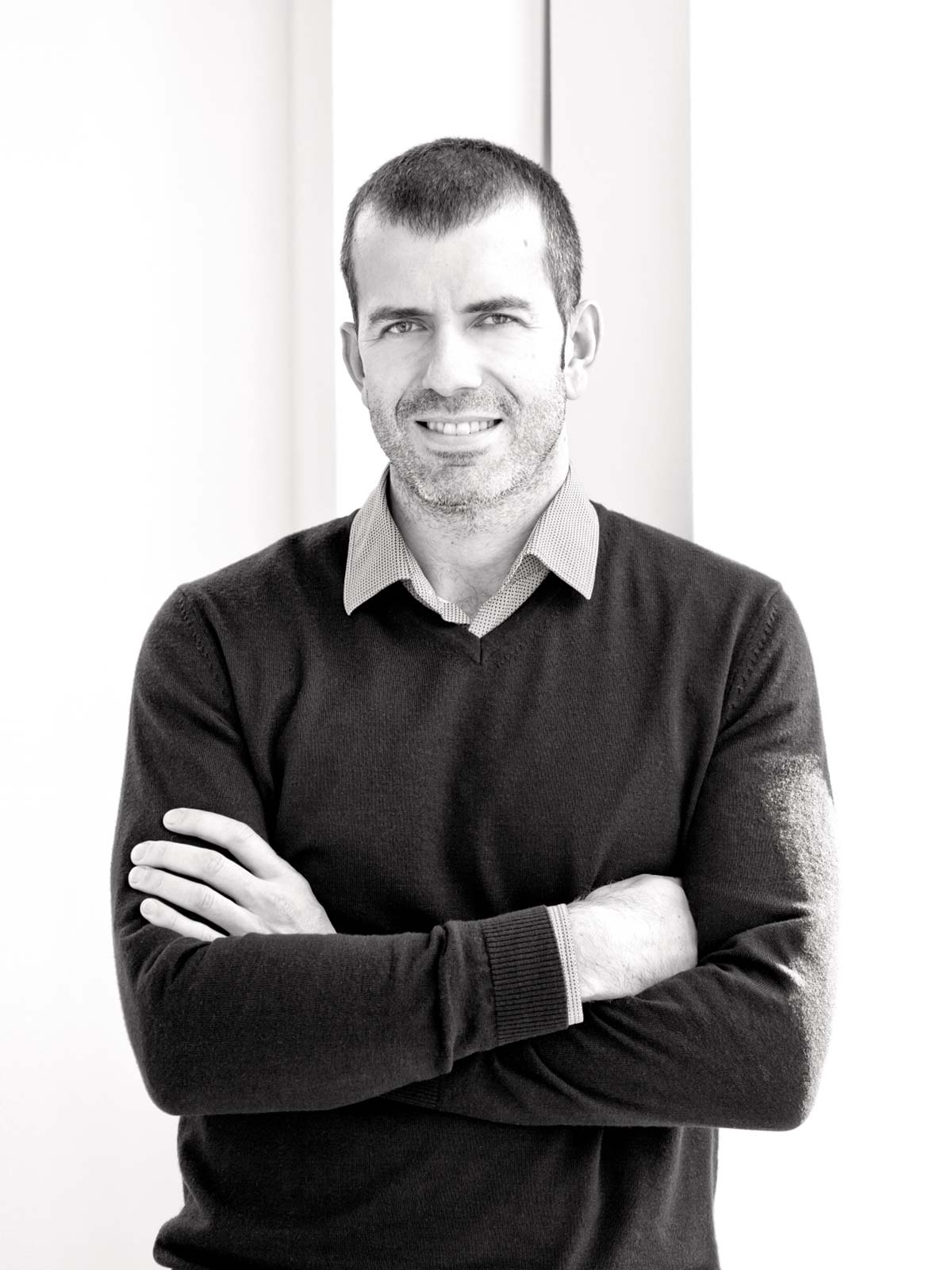 London’s residents and visitors will be able to walk along the river more easily and safely. Is this a new model to improve urban areas through lighting?
“Illuminated River is a catalyst for discussions about better lighting at night, improving safety in public areas after dark, as well as encouraging people to use the river as a mode of transport at night. This project supports a vision of London as a 24-hour city with a thriving night-time economy and night life, and celebrates London as a culture leader on a global stage”.

“The concept behind the lighting of the bridges is to illuminate both the faces of the bridges, as well as under the arches, and then to create a gradual animated effect to reflect the movement of the water. A colour palette will be used with a specific colour range, and the lighting effects will be subtle but transformative. To achieve the desired colour palette, the luminaires will use a mixture of Red/Green/Blue/Amber LEDs mixed together to create a stunning range of colours”. The bridge faces are illuminated by Color Kinetic luminaires: “These are ideal for lighting from a close offset view from the bridge face as well as creating a continuous line of light. Under the arches, a different type of Color Kinetics luminaire is used to project light from one side of the arch to the other. Great care has been taken to minimize the view of the products themselves, so users of the bridge and river will only see the stunning effects of the lighting”. All the bridges will have a consistent design approach, “but each will be tailored expertly to the specific geometry and architecture of the unique and individual bridge. The lighting design itself has been created by the artist Leo Villareal, whose artwork will run on all the bridges from dusk to midnight/dawn”.

This project is going to reduce existing light pollution: “Special care has to be taken throughout the project to limit the amount of light that falls directly from the bridges onto the water itself, as this can affect the feeding patterns of wildlife in and around the river. As such, custom made baffles will be installed to eliminate any direct light being shone onto the water. Also, custom-made baffles will be fitted onto the lighting of the underside of the bridge to minimize glare. Light levels will be tested and tuned during the commissioning phase to ensure the bridges are not “overlit”, ensuring that they are compatible with their immediate surroundings. We, and our partners, take this part of the project very seriously indeed”.

In London, smart light by Foscarini

Marazzi arrives in London with a big puzzle