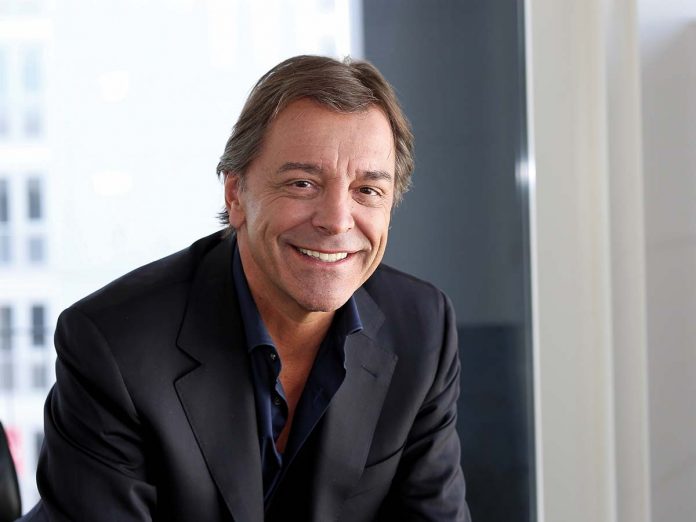 It is the haute-couture of crystal, an epithet that Lalique has rightly earned over the past 130 years (an anniversary that it celebrated last year), during which it successfully created a new system of semantics regarding the crafting of this precious material. The use of crystal in original and varied fields of application – from decorating to interior design, from jewellery to fragrances, from art to hospitality – unsanctified its ‘formal fragility’, while emphasising its infinite expressive potential. A factor that not only revealed the constant innovative capacity of the company, founded by René Lalique, but also led to the creation of the brand’s experiential universe, which drew from the heritage of French culture in its definition of a new luxury lifestyle.

Lalique’s vast range of products tells of an ancient appeal and an old-time refinement. How do you keep them updated?
Collaborations bring a fresh approach – reinterpreting our signature style and know-how in new ways. This year we have worked with the artist, Arik Levy. He has reinterpreted his famous Rockstone work in Lalique crystal to create something quite magical. Art has always been a great passion of mine. Our collaborations are particularly close to my heart. They are an essential part of Lalique. We work with great luxury brands, artists, architects and designers of international renown such as Damien Hirst, Mario Botta, the late Zaha Hadid, Steinway & Sons, Studio Putman and The Macallan, that share our values and passion.

From the detail to entire projects, Lalique designs tableware products as well as hotels and restaurants: what is the common thread that unites all these?
The common thread is savoir faire and savoir vivre – the French art of living well. Our hotels are places where the worlds of wine, crystal, gastronomy and hospitality meet. They are intended as sources of inspiration for our guests, places where they can discover the world of Lalique through the six iconic pillars of the brand: decorative objects, interior design, jewellery, fragrances, art and hospitality.

In its projects, does the Lalique Interior Design Studio aim to create a unique lifestyle?
Each creation from our Interior Design Studio (IDS) is made to measure and developed to elevate the standard of luxury living. Lalique has become a powerful icon of an exceptional know-how, a synonym for excellence and a style characterized by the mastery of the contrast. Lalique’s IDS is a dedicated creative team that brings the Lalique spirit into architectural contexts: creations are integrated into spaces, such as wall partitions, lighting and decorative panels. Each one is made to measure and elevates the standard of luxury living in a contemporary way. The Studio focuses on marrying the heritage of Lalique with modernity and the way we live today.

Is crystal still the predominant element of inspiration for IDS?
Crystal is a noble material, coupled with the know-how of our artisans it offers many fields of creativity and applications. We receive increasingly ambitious commissions from all over the world – for private residences, yachts, stores and opulent five star hotels – Lalique IDS imagines crystal integration in new projects of any scale and constantly pushing the boundaries. Lalique interior designers work closely with the client to create pieces that express the refinement of an elegant lifestyle.

Villa René Lalique, Château Hochberg by Lalique and Château Lafaurie-Peyraguey are the perfect windows for the Lalique furniture collections. You have created ‘showrooms to live in’…
Our hotels are places where the Lalique universe can be experienced and enjoyed. In 2018 we inaugurated a new hotel and restaurant at Château Lafaurie-Peyraguey in Sauternes, the greatest terroir of the Premiers Crus Classes. This new venture follows Villa René Lalique in 2015 and Château Hochberg by Lalique in 2016, both situated in Alsace. The opening coincided with the 400th anniversary of this centuries old wine producing estate. The property, whose neighbour is the legendary Château d’Yquem, has been transformed into a five star hotel with ten rooms and three suites, along with a gourmet restaurant where the crystal of the north and the golden liquid of the south are celebrated together. It is our third hotel-restaurant where the worlds of Lalique meet. Two months after Château Lafaurie Peyraguey opened in Bordeaux, we further strengthened our presence by opening a boutique in the heart of the city.

The Signature Collection has consolidated the collaboration with Pierre-Yves Rochon: what do you appreciate most of his design?
This is the third year we have presented works from the Signature Collection designed by Pierre-Yves Rochon. Mr Rochon, as he says, has had a long ‘love affair with Lalique which started when he was 20’. At the very start of Mr Rochon’s collaboration with Lalique, he was most drawn to the decorative elements for private residences. Later he made sure Lalique was part of his hotel projects – incorporating the Poissons fountain at the Savoy Hotel in London and more recently, the ornate doors with the Lauriers decorative panels by Lalique at Le George restaurant at Hotel George V in Paris. He brings his own creativity, knowledge and flair to Lalique using the possibilities of lighting and other means available with the latest technology to create light enhanced crystal – the results of Mr Rochon vision coupled with the Lalique know-how are sublime.

Gallotti&Radice: more China than ever