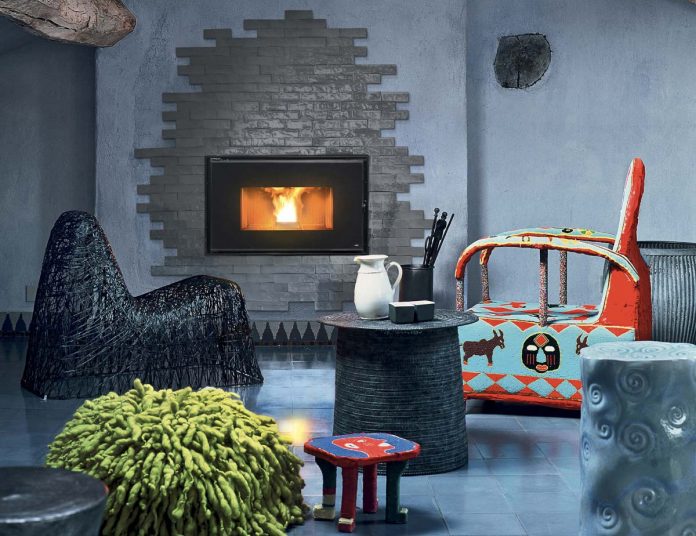 In the space of The Mall in Porta Nuova, MCZ made its entrance in Milan Design Week with a major event, where it presented three new stoves designed by Michael Geldmacher, Paola Navone and Patricia Urquiola.

Three top designers who have been frequenting the world of design for years and who have accepted a challenge that is anything but simple: stoves are technical products with obvious limits related to safety and performance, but which need to be integrated into a residential context (and maybe even into those of contract?) adapting their forms to the tastes of customers who are increasingly sensitive to sustainability and consumption.

And so came about the strategic decision of the MCZ board to entrust three certainties of the sector with as many projects to undertake a path also leading to positioning the brand in the world of designer furniture.

With Reflex, Michael Geldmacher has focused on the emotional side, with a flame that is there but is unseen and a visual that presents only a strong glow that increases the perception of the power of the fire.

Paola Navone has put so much of herself in the Sahara stove, where references to Africa are present with the zellije, a hand-moulded natural ceramic originating from Morocco and that, with its irregular and iridescent reflections, is the perfect frame for the heating body, giving it a slightly primordial naturalness.

The relationship is the theme chosen by Patricia Urquiola for her Wall, a stove that speaks to the environment in which it is located. A steel cylinder with a base that, thanks to numerous possible finishes, can change depending on the flooring on which the stove is installed.

The natural essence of stone

The best coffee at home, with Signature Kitchen Suite

The distinctive character and design of Dada kitchens