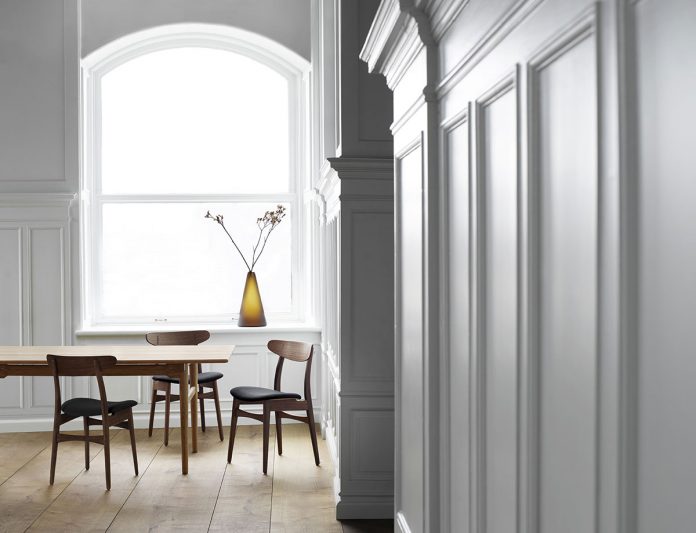 If January means Imm Cologne and Maison&Objet, February is synonymous with Stockholm Furniture & Light Fair, a not-to-be-missed event on the international trade fair calendar. Talks, events and installations: Stockholm becomes the capital of design and furniture from 5 to 9 February.

Scandinavian design is strongly influenced by wood, its shapes, colours and workmanship. It is difficult to think of an edition of the Stockholm fair and to underestimate the importance of this material in the ideas, culture and projects of the artists, designers and companies that animate the exposition.

The Norwegian duo Anderssen & Voll is well aware of this, and it has been entrusted with the task of designing the 2019 Design Bar. The designers opted for products made prevalently of spruce and pine. The space is a mix between an art show and a high class restaurant, where the Stockholm Design & Architecture Talks take place. A place that seeks to reconcile the aesthetics of Northern Europe with those of Japan, creating an intimate garden.

The Neri & Hu studio, 2019 Guest of Honour, offers visitors a stroll through the backroads of a Chinese village. The installation, made of pine, puts the spotlight on social issues in China, where traditional towns are rapidly disappearing, demonstration of a country that for some years has embarked on an unstoppable process of renewal.

Among the highlights of the event, a special mention goes to Greenhouse, the area dedicated to young designers. On 5 February, a jury composed of experts from the sector will announce the winners from among the 37 participants and the 29 design schools from 20 countries. The novelty of the 2019 edition is represented by the Best Performance award, promoted by Studio Volvo.
The pair of designers Thau & Kallio undertook the design of the Greenhouse Bar and Café.

An extraordinary birthday for Fritz Hansen

Joe Colombo, back to the future

A new residential project in Milan by @aim.studio,

Carefree fun and wellbeing: these are the emotions

The Mise en Scéne of Armani/Casa