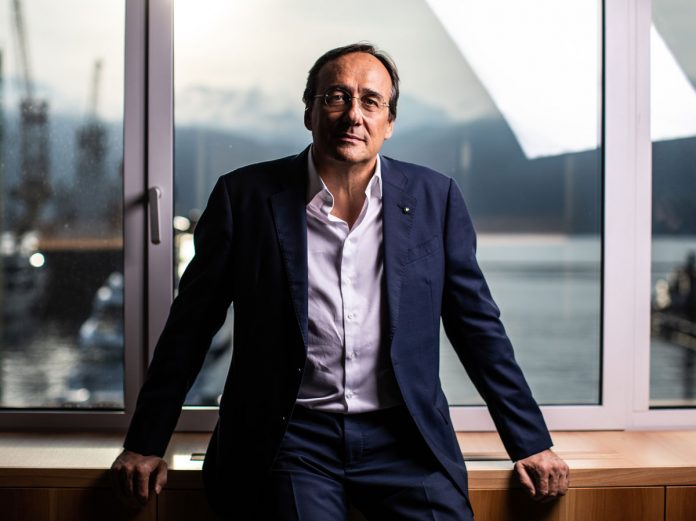 It is a time of change at Sanlorenzo. The company, famous for its line of yachts and super-yachts, is once again fully Italian. In 2013 the Chinese group Sundiro Holding purchased 23% of the company’s shares with the agreement that it would support its partner in the construction of boats (not of the Sanlorenzo brand) under 20 meters long in China.

Now, Sir Massimo Perotti, Chairmain and CEO of Sanlorenzo, has reacquired the package of shares and thus possesses 96% of Sanlorenzo SpA’s share capital through the Happy Life holding company (of which his two children, Cecilia and Cesare Perotti, are also members). The remaining 4% is in the hands of management.

Perotti had this to say about the transaction: “The numbers we’ve registered speak for themselves: revenue has grown from 300 million in 2017 to 380 million in 2018 and we estimate an additional growth of 20% in 2019. We also have 500 million on order between 2019 and 2020. But we’re not stopping there and are aiming to invest €100 million by 2020, of which 52% in new systems that would increase our manufacturing capacity, 42% in new products that would broaden our catalogue with new models capable of meeting the growing demand of the international market, and 6% in research and development.”

Furthermore, Sanlorenzo ranks in first place among the primary manufacturers of naval vessels measuring more than 30 meters in length (super-yachts), with 39 vessels delivered in the three-year period from 2016 through 2018. In the analysis conducted by Dutch magazine Superyacht Times, the data from the past three years appears, with pre-crisis results, demonstrating how Sanlorenzo has tripled its production over the years surpassing even the major groups.

But that’s not all. The company casts an eye to the future as well. Based on an idea by Perotti, the Sanlorenzo Academy has been launched: a project aimed at creating professionals by providing young men and women with a training opportunity.

Made in Italy reopens