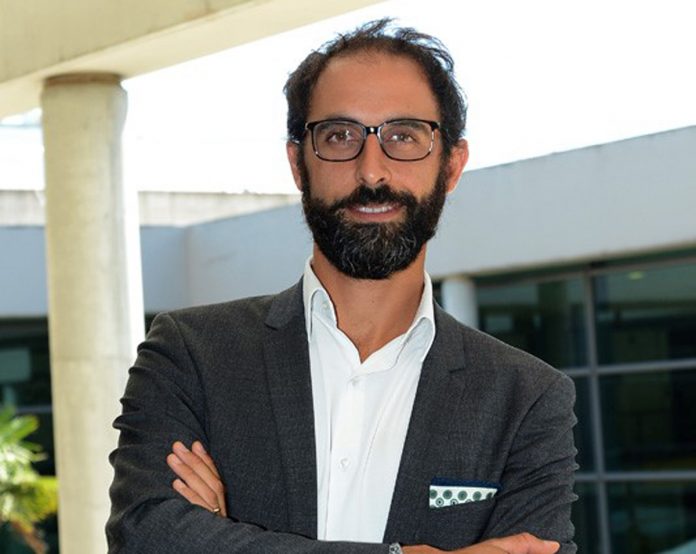 f for many China appears to be a “Wonderland of the Orient”, it is vital to deepen our knowledge of the dynamics in place to fully understand the country’s potential. The current context (found in the report “China in 2018” from the Italy China Foundation) shows how the reforms implemented by the current government of Xi Jinping will lead to stable annual growth of 6/7%, which will subsequently increase per capita income and consumption. Among other things this growth has also been supported by urbanisation and an expanding middle class, which has become more sophisticated in its choice of purchases. A deeper analysis of these themes was conducted by Dr Francesco Boggio Ferraris, Director of the Permanent Training School at the Italy China Foundation. 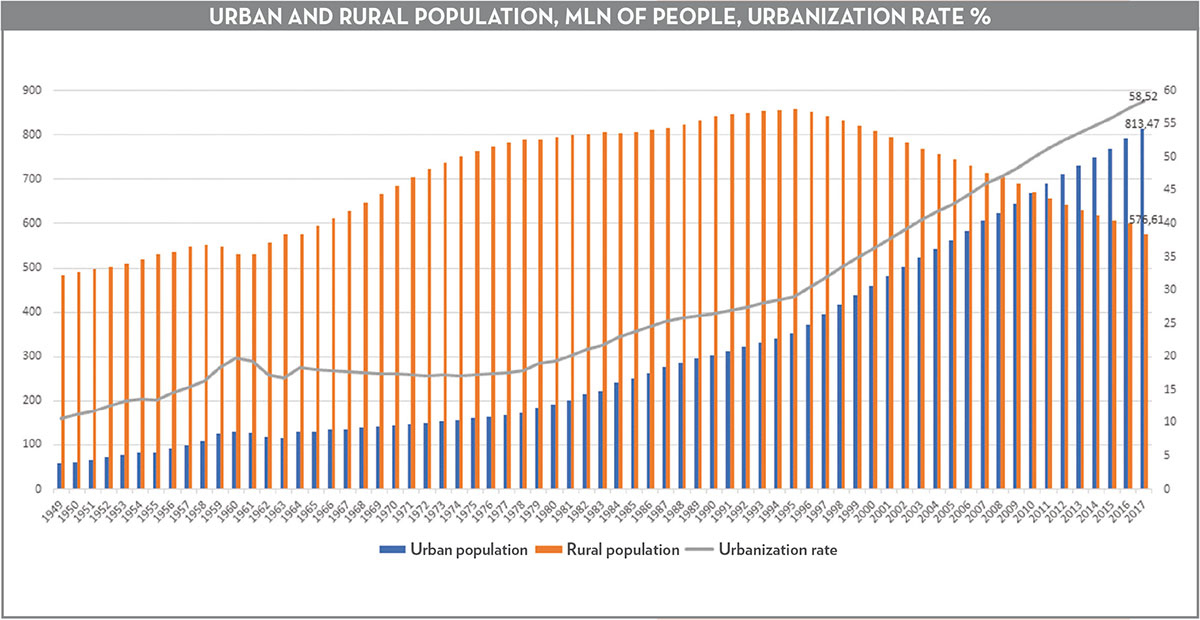 How have “New Normal” and the latest Five-Year Plan changed the dynamics in the country?
In China, the phrase “New Normal” refers to a new economic path characterised mainly by a slower rate of growth. The idea has a broader meaning too, however, referring to a general vision that will see the country become an advanced economy based around consumption, services and innovation. The key aspect of this new economic era is the idea of replacing quantity with quality – that applies to production, consumption and quality of life itself. In order to understand just how far this new approach is impacting – and will continue to impact – lifestyles in China, simply look at the Healthy China 2030 plan, which touches on many of the themes around hygiene and health contained in the 13th Five-Year Plan, which promotes healthier lifestyles and working environments. Reaping the benefits of this will naturally be consumption levels and the retail sector, which will see growth rates of around 10% across the next five years, fuelled largely by urbanisation and increased disposable income, as well as the efforts of the government to incentivise domestic private consumption. At the same time, the effects will be felt all over the world, as the transformation of the Chinese economic model will lead to lower levels of low-quality exports and an increase in technologically advanced products.

How big is the middle class and what kind of purchasing power do they have?
Thanks to a growing middle class and greater sophistication in terms of choosing which luxury products to buy, consumption in China increased by 20% between 2016 and 2017, with the luxury goods market reaching a total value of €18 billion. In 2017, China’s global market share in the luxury sector grew by two percentage points to 32%, yet only 8% of all purchases took place in China. In the same period, consumption of luxury products in China increased by 11%. This was due both to increased consumer confidence and a reduction in duties, which resulted in more reasonable prices in comparison with those in the West.
However, if we analyse the average salaries in the individual Chinese provinces, across both urban and rural areas, it’s clear that the diffusion of wealth is still a work in progress – with a long way to go. In the capital, Beijing, the average annual salary is around 120,000 RMB, the equivalent of €15,000. It shows that the Chinese middle class still lags far behind the spending power necessary to purchase Italian luxury goods, for example. 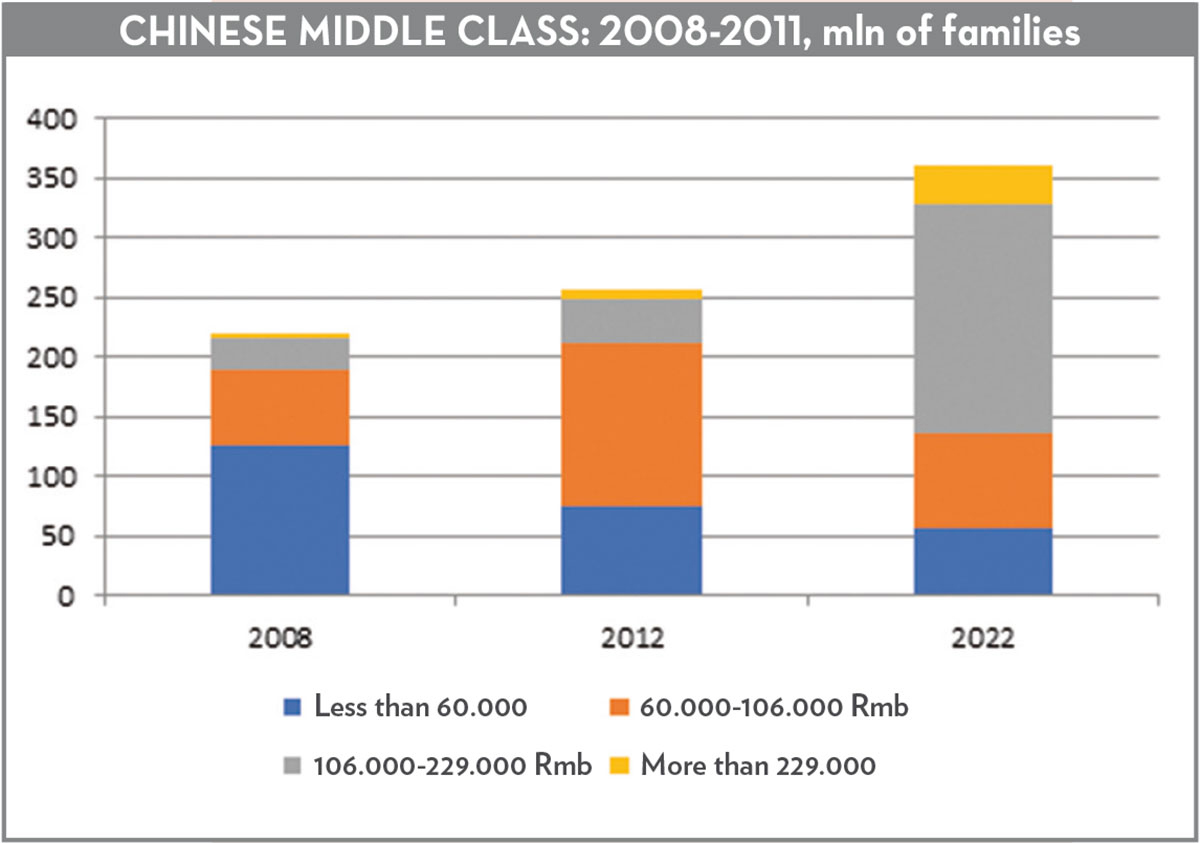 Who are the Chinese millennials and what role do they have in global society?According to a 2017 study by the Financial Times, there are currently around 300 million “Y shidai” in China – millennials belonging to the Y generation. They are the true protagonists of China’s growing power. Just think that of the 143 million Chinese people that visited other countries in 2017, 39% were millennials. This demographic group is increasingly focused on goods and services that combine high quality with uniqueness, as a way of obtaining greater well-being and boosting their reputation.

How big a market share does Italian luxury products occupy? And what about Italian furniture specifically?
Retail prices in the furniture industry increased in the Chinese provinces in 2017, certainly influenced by the phenomenon of inflation but also by an increased demand for product quality. Italy was the biggest supplier again in 2017, with €470 million and a 22% share of the import market. Soft furniture, other furniture and office furniture are the biggest drivers. Germany is in second place, largely because of its kitchen industry.
(Source: Centro Studi FederlegnoArredo report based on GTA data)

Have purchasing methods changed over the years? How big a factor is e-commerce and how important is a more direct customer experience?
They’ve changed enormously and continue to do so every day. If you wanted to be a bit dramatic, you could even say that e-commerce represents the past. The future is about the new frontiers of the Online 2 Offline (O2O) approach – i.e. integrating digital and physical in the same sales process. A perfect example of this is the retailtainment model, which sees the emotional factor as the key driver in product purchases. According to this model, customers might try out a product in a brick and mortar store before buying online via their smartphone. 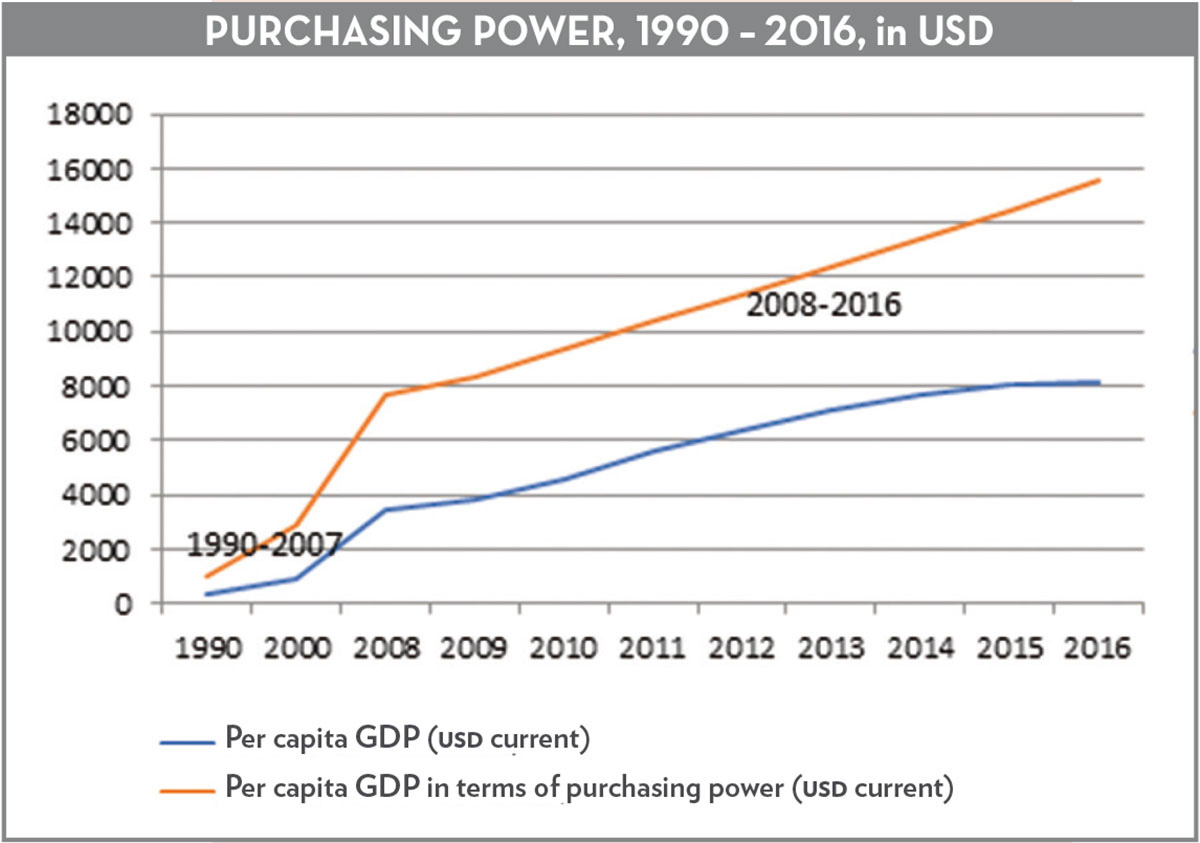 How has the phenomenon of urbanisation changed? And how have living spaces changed as a result?
There are currently 793 million people living in cities in China, which works out as an urbanisation rate of 70%. Over the next 15 years, it’s expected that a further 350 million people will move from the country to the city. The average size of an apartment in China (counting both urban and rural areas) is around 60m², while back in 2003 it was just 30m².

In conclusion, how do the future prospects of the furniture market look?
Homeware consumption among families is growing progressively and has doubled in the last decade on a pro-capita basis. Home building and exponential urbanisation also point to increased exposure for furniture from Italy.
(Source: China in 2018. Scenarios and prospects for companies, CeSIF, Fondazione Italia Cina)

FederlegnoArredo. A liaison between Italy and Japan