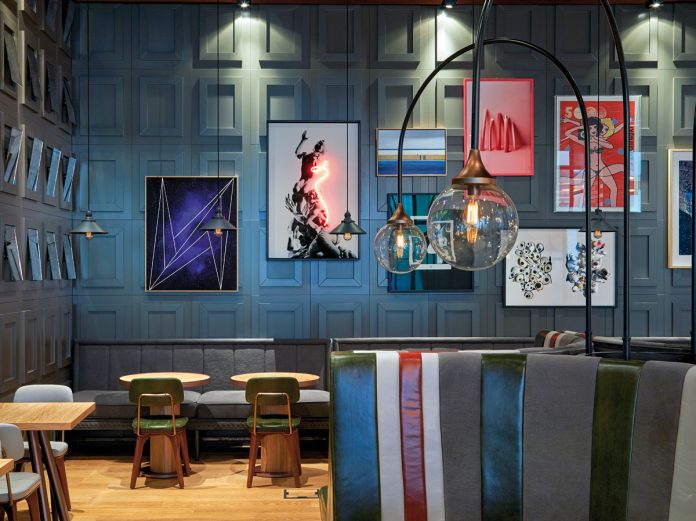 Even though the creative voice of showcases has lent Gdańsk its wings for some time now, regenerating Granary Island’s urban void in the wake of post-war construction requires a lengthier process. Over the last few years, warehouses which were veritable civilian pantries before the bombings, have been replaced with modern constructions whose features echo back to old buildings. PURO is part of this renewed line-up, uniformed in terms of profile, while setting itself apart from neighbouring exposed brick façades. It inserts itself as a transparent interval, a glass diaphragm connecting hosts to the city, maximising the entry of sunlight.

Already active and structurally defined in a project by the local firm KD Kozikowski Design since 2015, the hotel has since been ‘accessorised’ by the London-based DeSallesFlint. The selection of materials and colours is indicative of how the interior design project draws inspiration from the area’s granary and shipping past, featuring pulleys, ropes, blocks, wood, steel, cotton, wool, linen and leathers. From the hall’s suspended chandeliers which allude to the dark wooden structure of cranes used in the past for loading ships and lifting tree trunks during construction works, to the natural fibres used to create numerous patterns for fabric coverings, attributable to granaries. 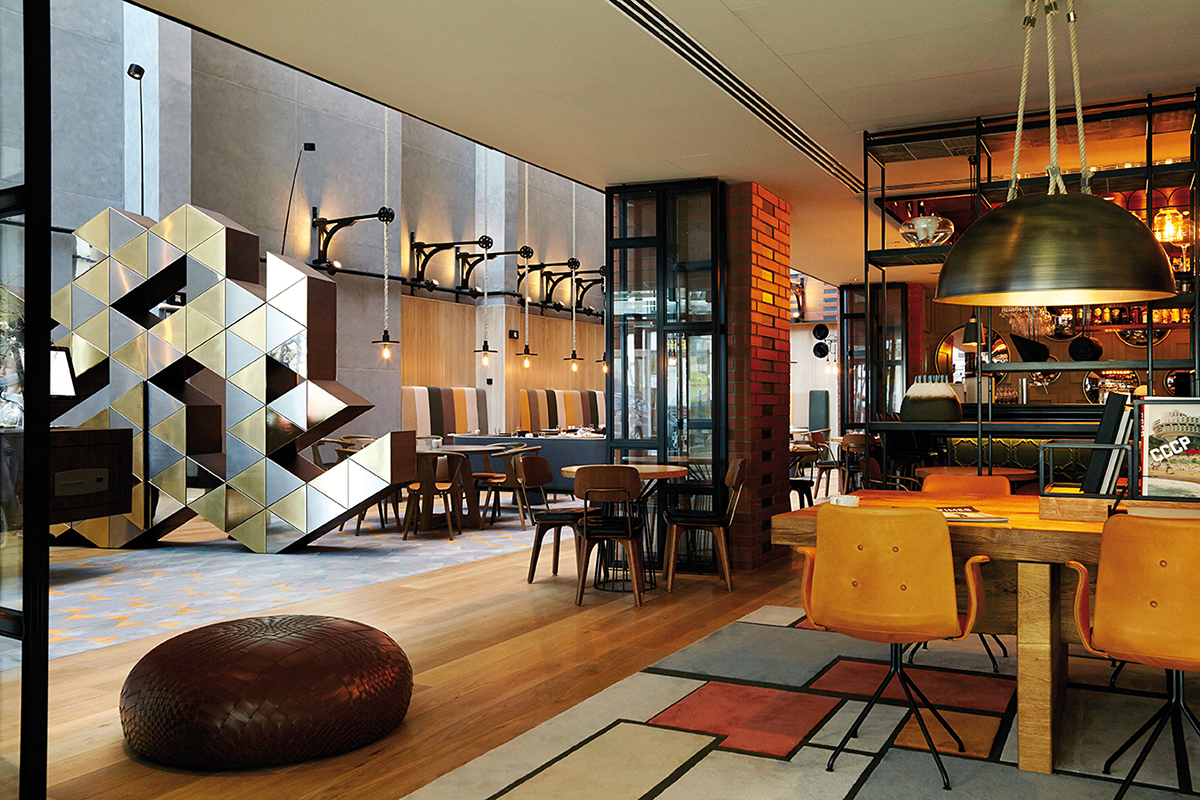 Yet a domestic sensation, a feeling of home is pinpointed by the reassuring personality of interiors and a daring mix of contemporary taste which appears to absorb Gdańsk’s graphic, multicolour identity.

The hotel contains 211 rooms, 9 suites, 6 conference halls, an ‘exceptional’ spa, restaurant and welcoming corners for reading and entertainment. Interiors have been interpreted with strong, even pictorial accents, and form reigns supreme in a tale where European design constitutes the decorative syntax of functions. DeSallesFlint transforms the hotel into a cultured and original manifesto featuring pieces by Moroso, Vitra, Carl Hansen & Son, Magis, Gubi, Kettal, Foscarini, &Tradition, Buster + Punch, and rugs by the Italian brand Golran 1898. Textures, materials and lines – in minimal, geometric or tastefully vintage variations – socialise with the property’s art work collections focused on international and local art scenes, represented by a few talented students of the Gdańsk academy, under the supervision of Anna Krolikiewicz. 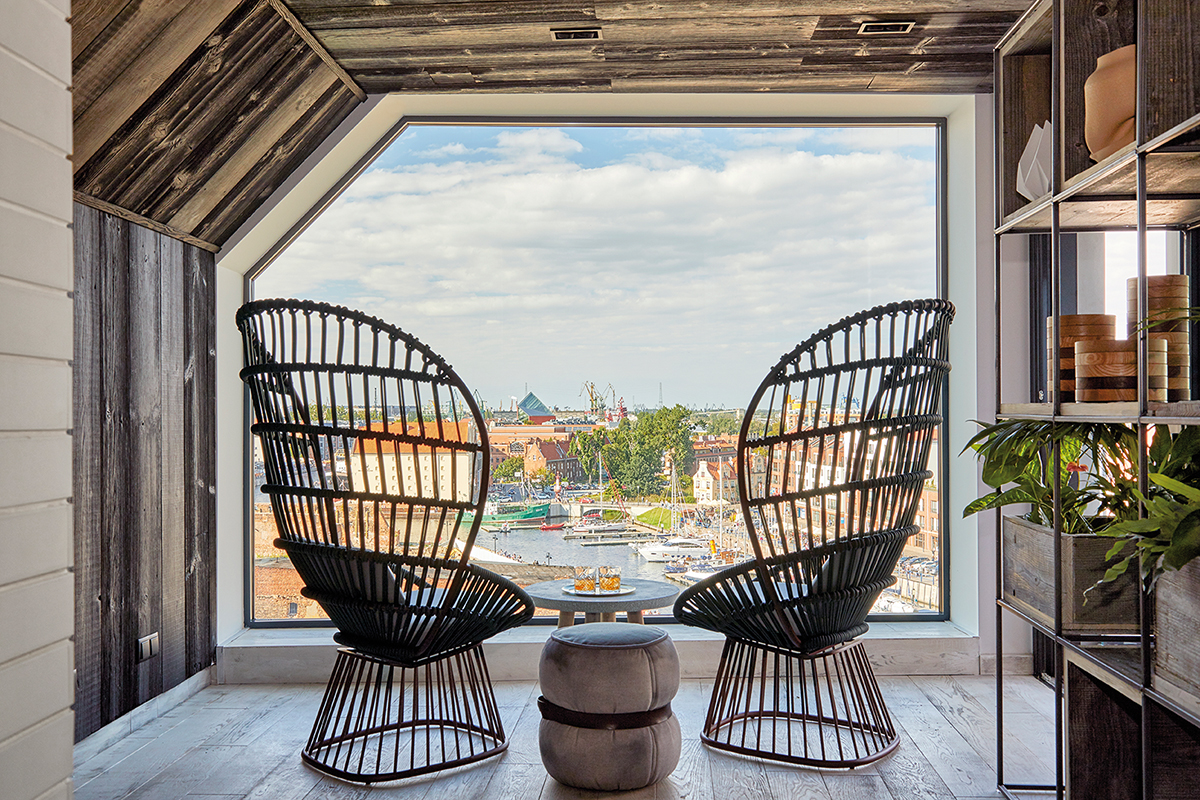 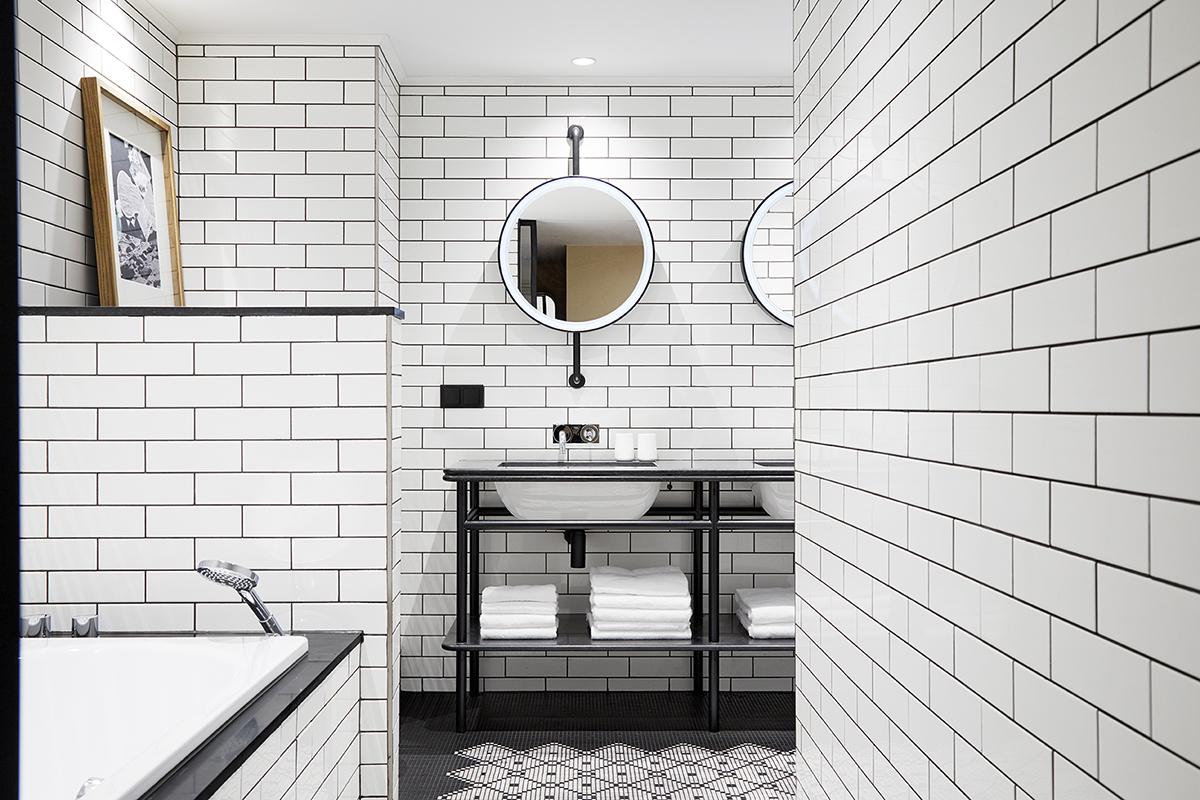 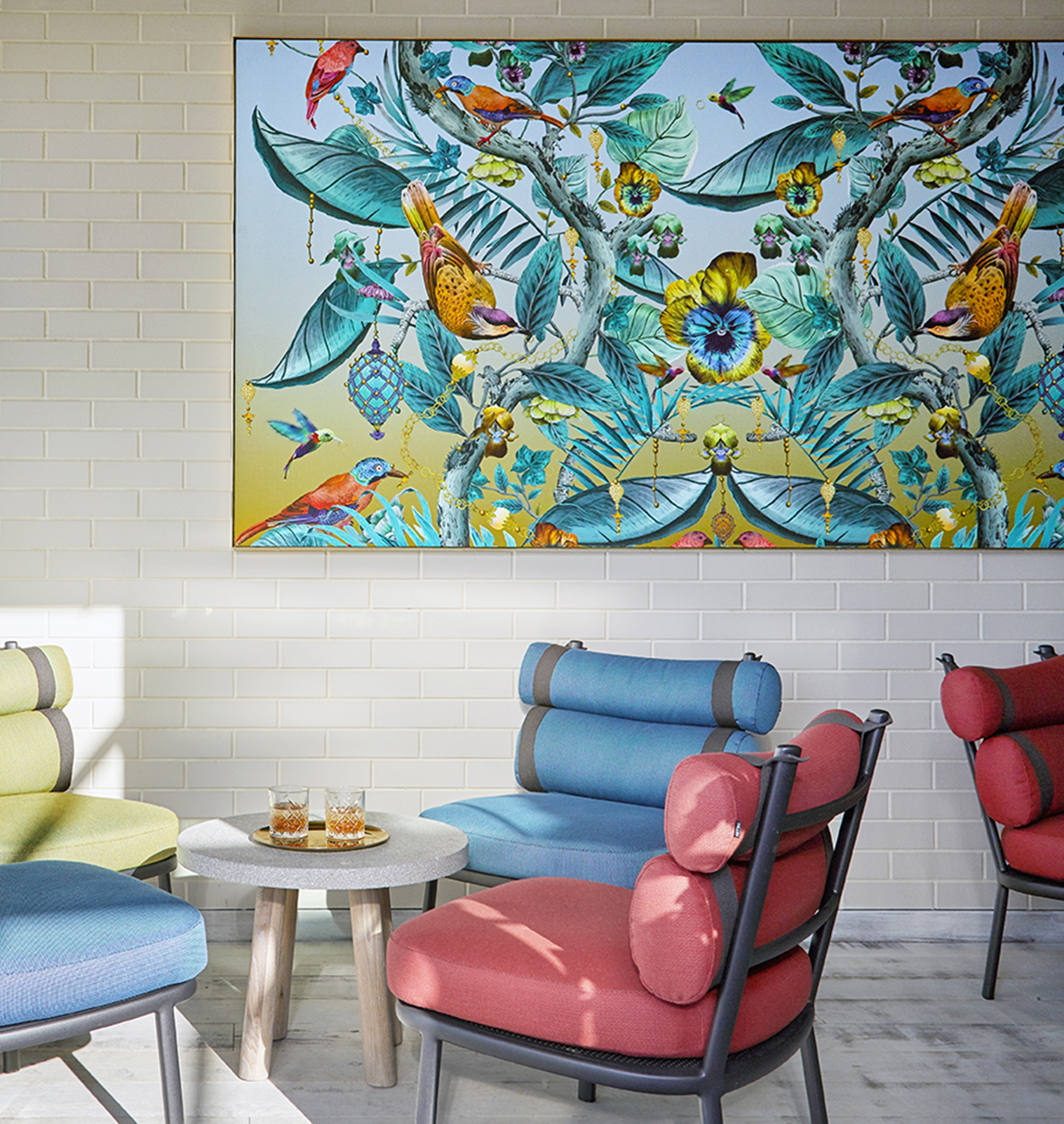 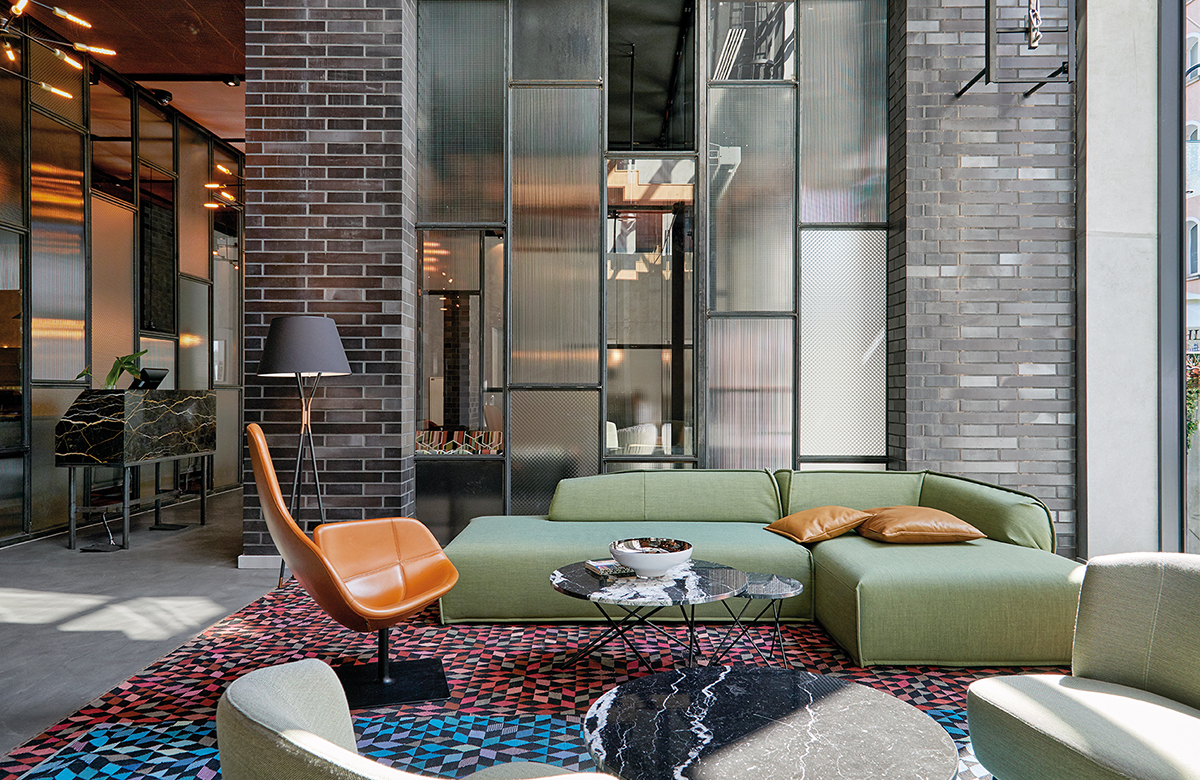 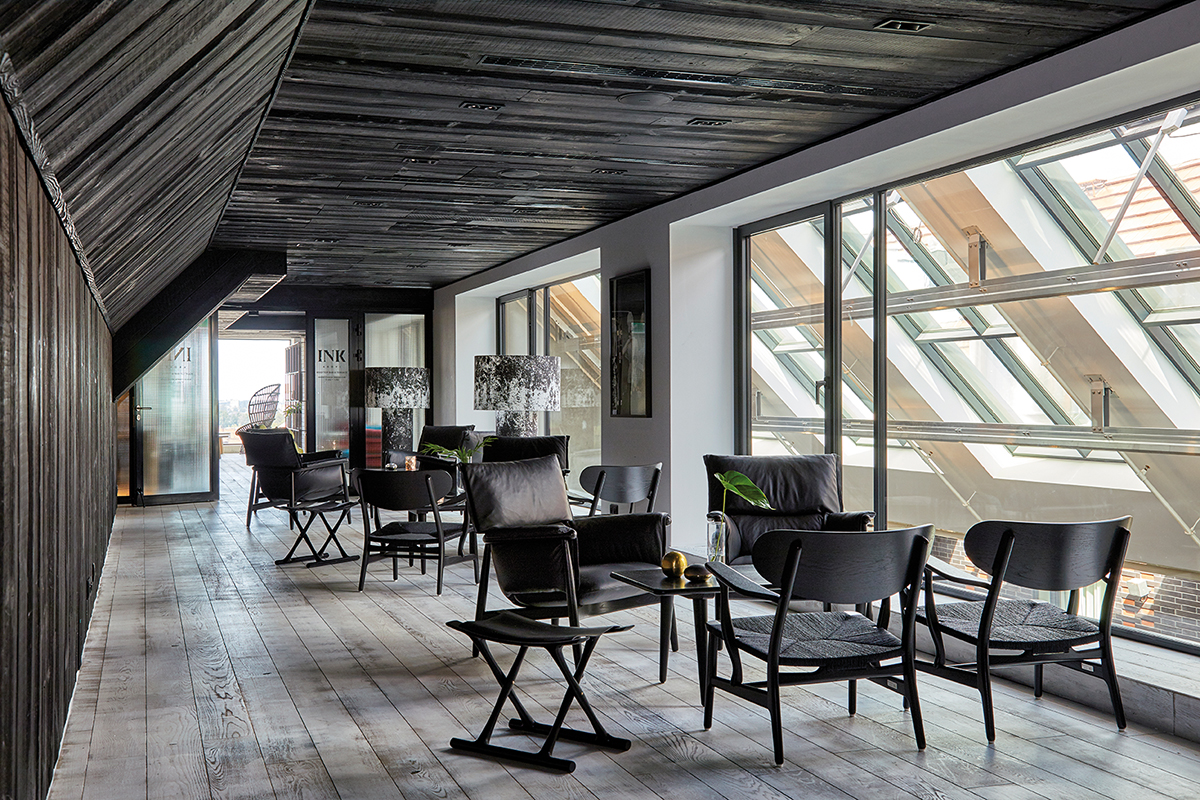