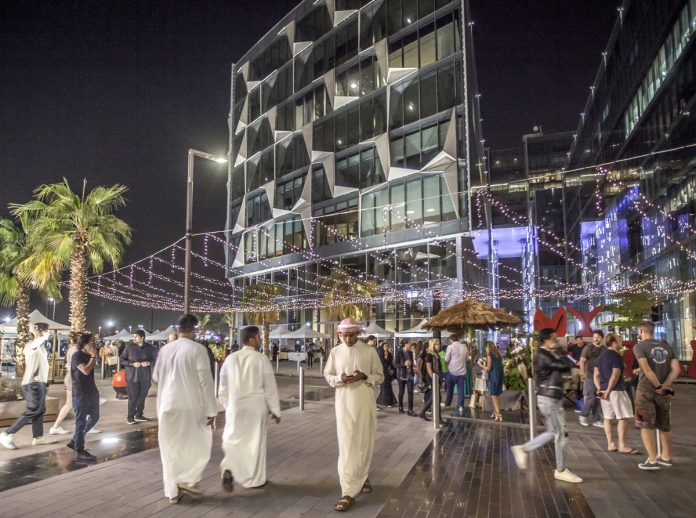 Dubai is completely focused on design. Dubai Design Week will be returning for its fourth edition from 12-17 November with more than 230 events dedicated to creativity, art and design. The show will involve various sectors, such as architecture, product design, furniture, graphic design, which are developed through in exhibitions, installations, pop-up stores, talks, workshops, awards or tours.

Last year the Design Week attracted 60,000 visitors at d3: now the expectations are higher, considering that the 2018 edition will see a 20% growth since last year’s event.
In the last few years the middle Eastern metropolis has revealed such a design attitude to gain the title of ‘Design Capital’, thanks also to a perfect synergy between its institutions – the Dubai Culture & Arts Authority, Art Dubai Group and Dubai Design District – creating a network of initiatives, both regional and international.

The core of the event is Downtown Design with its focus on design and limited editions in the new area titled Downtown Editions; expanding in size by 20%, it will host over 175 brands, including 40 regional designers. Guests of the fair, the design weeks from across the region, including Amman, Beirut and Casablanca.

“Our sixth edition is the most ambitious to date with more than 65 new brands, the inaugural showcase of Downtown Editions and large-scale installations, debuting at the fair – says Rue Kothari, Fair Director at Downtown Design – Delivering a unique experience, award-winning architects H+A have master-planned the fair around the theme of ‘Liveable Cities’; new fair features will include bespoke café concepts, a pop-up retail destination, indoor landscapes and activations on the waterfront terrace. This new blueprint coupled with a fresh creative direction will mark a new phase of growth and success for the fair.”

Other unmissable appointments are the Global Grad Show – that will showcase 150 selected projects from 100 of world’s top universities and emerging programs – and Abwab, annually remodeled exhibition dedicated to design from the region: five pavilions designed by Architecture + Other Things will stage the works realized by commissioned designers from five communities, Amman, Beirut, Dubai, Eastern Provinces of KSA, together with Pavilion Partner Ithra, and Kuwait City.

This creative atmosphere spreads from d3 to the whole city and its districts, such as Al Fahidi Historical Neighbourhood, Al Jadaf, Al Quoz, Al-Qudra, Jumeirah, Dubai Academic City, Knowledge Village, Sharjah – where the first edition of Fikra Graphic Design Biennial will beinaugurated – up to Alserkal Avenue: here stands out the Concrete pavilion designed by OMA, destination of a guided tour.

Last but not least, UAE Design Stories: The Next Generation from The Emirates: an exhibition highlighting eight of the brightest Emirati talents from across the country, supported by the UAE Ministry of Culture and Knowledge Development and curated by Emirati product designer Khalid Shafar.

Seaport, a new hub in the city

Love Design is back to lend a hand to research