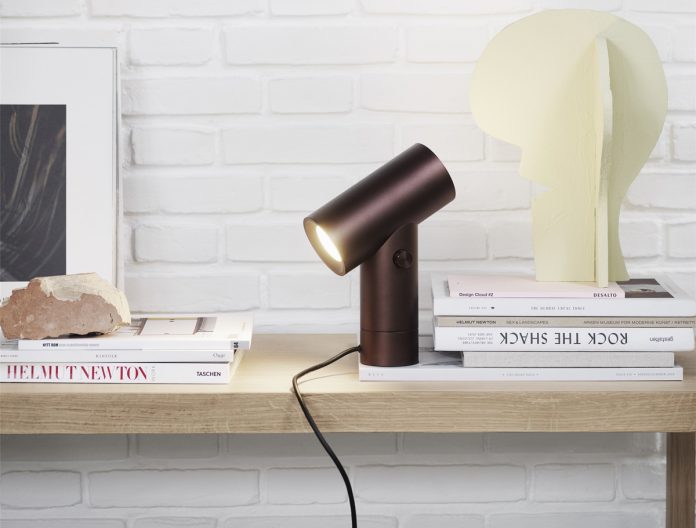 Muuto winks at the world of lighting with two new features, Tip and Beam. Both are table lamps, the first designed by Jens Fager, while the second by Tom Chung. In common, a functional design that allows them to fit in various contexts, from offices to hotels, through home desks.

With the new Tip Lamp for Muuto, designer Jens Fager wanted to create a simple, functional design with careful attention to detail. Intended for use in various settings—from home offices to hotel tables—the simplified expression of the lamp is intrinsic to its distinct appearance. Precision cast from powder coated aluminium and offered in a range of colours, the sleek lamp is pared back to the very essence of its function: to shine light where needed.

The first design ever by emerging Canadian designer Tom Chung for Muuto is Beam Lamp—a table light that is inherently modern in its expression and function. Designed with its body in anodized aluminum for a tactile feel and matte expression, the Beam Lamp shines light from two sources, one in each end of a cylinder shape.
By the click of a dimming switch, the user can select across three different levels of light following which the dimming switch can be turned to alter the volume of light omitted in each end of the lamp. Adding to the advanced technological functionality of the dimming switch is a 350°-degree rotational base, enabling the user to turn the position of the Beam Lamp according to their spatial needs and liking.

Change according to Refin: resources and creativity

The ‘Respiro’ of Visionnaire

All the sector’s dynamism featured at Cersaie