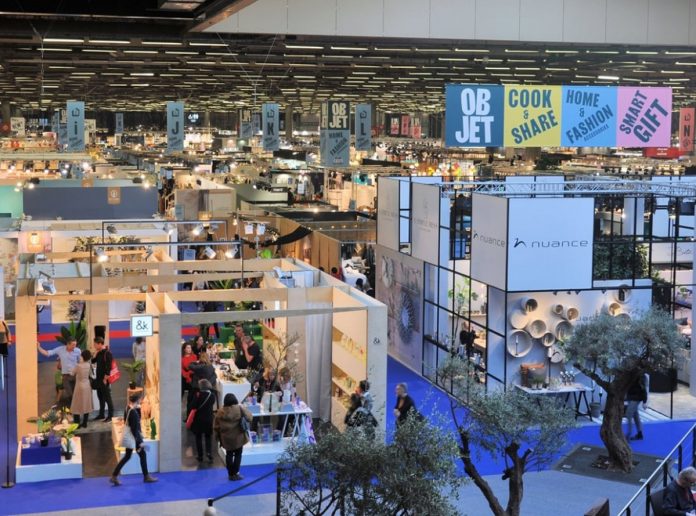 From an event whose September edition was labelled as “mostly about Christmas”, to a potential hub, increasingly oriented beyond national borders and around the project world. The brand new Maison&Objet opens on the 7th September at its historic venue, Paris Villepinte.
The layout immediately conveys a clear-cut division between the Maison and Objet areas, which have become two separate hubs (also in terms of pavilion layout and the location of product categories). The former features 4 stylistic worlds and the second is organised around 7 product categories.

There was some allusion to the decisive change implemented by the director of M&O, Philippe Brocart, in the January edition, however the programme and focus of the latest edition have massively exceeded already optimistic expectations. Furthermore, recent agreements with two important Chinese names (read here) provide additional proof that M&O is tangibly turning its focus towards rich eastern markets.
In collaboration with Hongkong Land, this strategy will be concretely enacted during the upcoming Beijing Design Week in September, with a pop-up store which will host 30 brands, as well as a presence at the Chinese capital’s Serpentine Gallery, with a selection of Design of the Year objects.

The new vocation of M&O for the project world is testified above all by the new Designer of the Year, Ramy Fischler, self-proclaimed “Enemy of Repetition”, a designer of objects but above all an interior designer with an impressive portfolio of high-calibre projects including private villas, apartments, restaurants and hotels, not least the Paris & Hotel Refectory, in the crypt of the La Madeleine Church. The refectory is a charitable project developed in collaboration with the three Michelin starred chef Massimo Bottura. It aims to recover unused food and serve it to those in need. Fischler’s regard for social issues doesn’t end here, the designer is currently working on the headquarters of La Compagnie des Philanthropes.

There will also be an interesting collaboration with TopHotelProjects, including 50 talks and workshops.Lebanon is the country selected for the Rising Talent Award and its multicultural essence, coupled with its openness towards external influences, guarantees an immense contribution in terms of creativity.
M&O is changing course and in the words of its director, Philippe Brocard, this change “is an evolution, not a revolution”.

The fairs we expect

A competition of art, culture, environment and society

The best of Talenti at Index