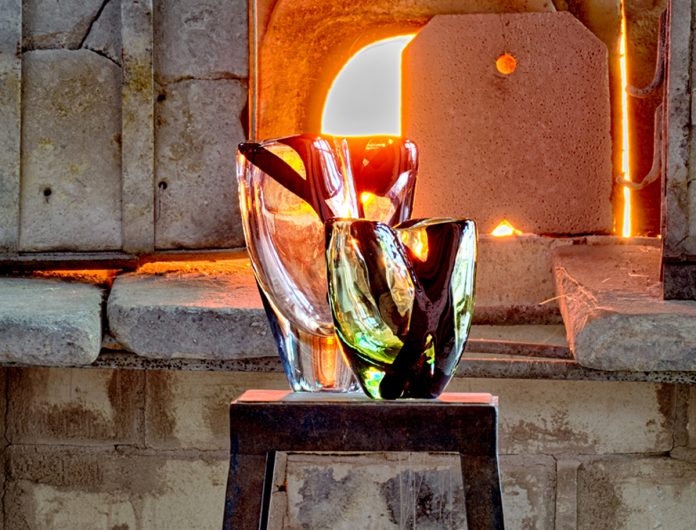 There was never any doubt as to the solidity of the bond between Venini and the Damiani group, but now the historic glassware company is in such a strong position that it can seriously turn its attentions to conquering the Asian market. In 2016, the Damiani family bought the majority stake in the company, which was founded back in 1921, and now – thanks to a capital increase of €4 million – it owns a huge 89%.

“We are delighted to have made this investment because we believe strongly that Venini is an extraordinary company with huge potential,” explained Damiani group president Guido Damiani. “The brand has now been restored to its position as an ambassador of Italian excellence. Venini represents the perfect fusion of quality design and savoir faire and continues to showcase the uniqueness of Italian manufacturing, which is so loved all around the world”.
With nearly 100 years’ experience in the luxury market, the Damiani group owns brands including Damiani, Salvini, Bliss, Calderoni, Rocca and – of course – Venini.

Guido Damiani went on to outline the strategy for the company, which has previously collaborated with design legends such as Gio Ponti, Mimmo Rotella, Carlo Scarpa, Alessandro Mendini, Massimiliano Fuksas and Gae Aulenti: “The increase in capital we have just agreed is designed to make the company more solid and allow us to open up new avenues of development. One of our short-term objectives is without doubt to build a more significant presence in the Asian market, as well as strengthening our traditional markets such as Italy and the USA.”

Venini has two collections of glassware: Art Glass, which includes stunning sculptural vases and decorative objects, and Art Light, which features chandeliers and imposing light installations designed for big public or private spaces.
Given the company’s history, it is no surprise that “La Sentinella di Venezia” (1962) is the most expensive piece of Murano glassware ever sold – it fetched $737,000 at auction.

Laminam acquires Best Surface and reinforces its operations in Spain