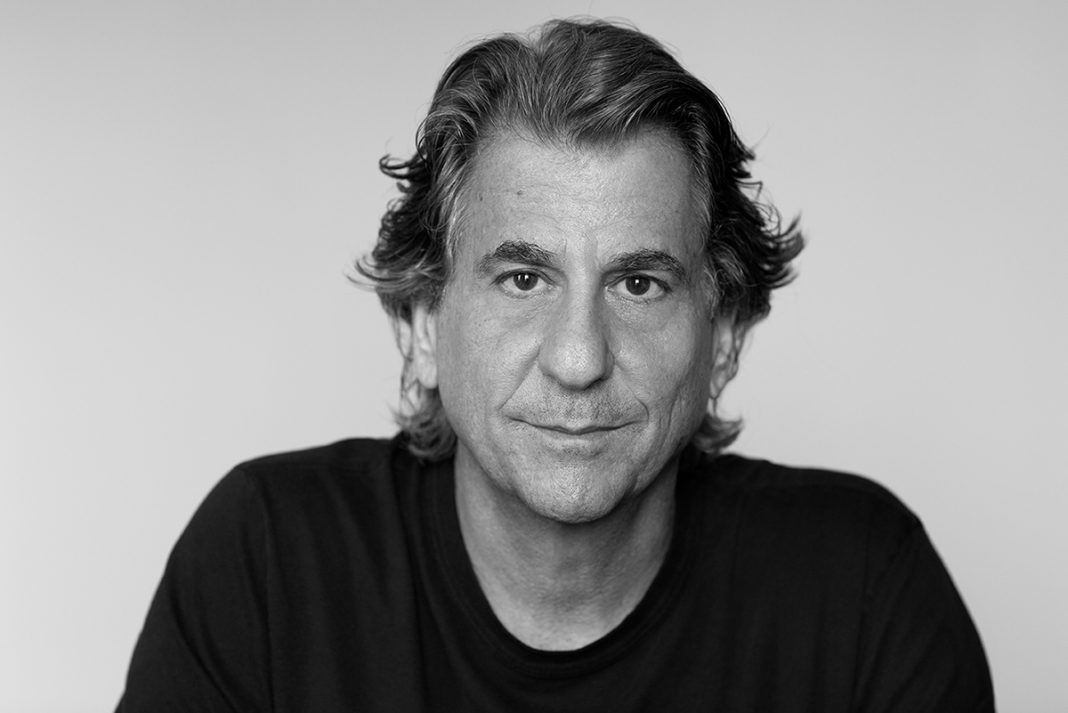 It all started in 1984 in New York City, when Rockwell founded a little design office of 20 staff on New York’s 27th street. Early projects included Sushi Zen, where Rockwell designed a lightning bolt shaped bar and even helped fund an art piece, “I found out that they didn’t have enough money to put the light in, so I had to borrow money from a friend to fund the lighting that was so crucial to my design,” he recalls. “Clients know that they have designers in an unfortunate position because they know that design matters more to the designer than it does to them,” he says with a smile. Now an office of nearly 250 staff with satellites in Madrid and Shanghai, Rockwell Group is a veritable design dynamo. Recently, Rockwell Group has completed a Chicago hotel that pays homage to Albert Einstein and the great thinkers and artists of our age (the lobby features massive bookcases with an intriguing collection of curiosities) and an homage to California Mid-Century Modern in downtown Los Angeles.

There’s a new design trend pervading the hotel industry-one that favors well-crafted over ostentatious; understated sense of place over in-your-face wow factor. Why have we seen this paradigm shift? Can we blame it on millennials? Technology?
Modern travelers value experience and community over opulence and material possessions, and hospitality is beginning to reflect that. Today’s traveler craves an authentic experience that is rooted to its time and place. Moxy is a great example of a hotel brand that celebrates design that enhances functionality and allows guests to personalize their experience. It’s for those who want a hotel to be a fun and coherent experience, not a sequence of formalized rituals. Rockwell Group designed three key amenity areas at Moxy Times Square in New York: Egghead, a grab-and-go eatery dedicated to egg sandwiches on the ground floor; Legasea, a buzzy nautical-inspired seafood restaurant with copper accents, glazed tiles and a massive skylight, and the Magic Hour Rooftop Bar & Lounge, an engaging 10,000-squre foot adult fairground of sorts, with a carousel-inspired bar, whimsical topiary garden and cheeky miniature golf course.

Looking back on one of your most memorable design projects, can you recount an interesting or funny anecdote of how design doesn’t always go to plan?
While our set for the 2009 Academy Awards was not one of our studio’s earliest projects, it was our first-ever set for the Oscars. The event is all about sparkle, so we felt that the stage needed an extraordinary piece of jewelry. We conceived a new proscenium-style curtain made from 92,000 custom Swarovski crystals. Nineteen workers hand-stitched the crystals into strands which were carefully pinned to a steel and cable frame over the stage of the Dolby Theatre. This painstaking process produced a gleaming, 60-foot-tall, 30-foot-wide 6,000-pound curtain. The curtain was dazzling, but it wasn’t enough so I added a pair of crystal legs.
Two days before the broadcast, the entire company gathered for a rehearsal. Things were progressing smoothly when a group of barefoot dancers took the stage for a “Slumdog Millionaire” number, and a Bollywood drop was lowered to the stage. As it descended, it latched onto one of the giant crystal legs, pulling it from its mooring. The leg crashed diagonally causing thousands of crystals fell to the stage. Everyone froze. Looking around, I caught the eye of terrified performers, whose expression said one thing, “I’m not getting back on that stage.” Finally, after what seemed like an eternity, over the PA system I heard, “would Mr. Rockwell please come to the stage?”

Set design is so important to you, especially since your own mother was a performer. Can you talk about some of the most memorable set designs you may have worked?
I was brought up in and around community theater in Deal, New Jersey (I was even in my mother’s production of The King and I). I grew up loving the idea of building and making. When I was 12, I came to New York and saw my first Broadway production, Fiddler on the Roof, directed by Boris Aronson and choreographed by Jerome Robbins. I was hypnotized by movement, dance, and design. There was something about that form of storytelling that I found amazing. I became aware that environments could actually be controlled, manipulated, and ultimately designed. Then I was hooked. Later, our family moved to Guadalajara, Mexico, when I was an adolescent. The highly energetic and dense urban environments saturated with color, objects, and action exposed me to a thrill and vibrancy that stays with me to this day. The first Broadway set I designed was for The Rocky Horror Show in 2000. Jerry Mitchell, who choreographed Rocky Horror, then suggested to director Jack O’Brien that I design Hairspray (2002). Since then I’ve designed over 30 sets on and off Broadway. The one I’m working on is inevitably my favorite but some recent standouts include She Loves Me, for which I won a Tony Award for Best Scenic Design. Set in Budapest in the summer, fall, and winter of 1930, it follows Georg and Amalia – two parfumerie co-workers who constantly bicker and butt heads and ultimately fall in love. The centerpiece of our design is a “jewel-box” parfumerie that pivots open to reveal the store’s elegant interior.

Let’s talk about the LAB, Rockwell Group’s R&D think tank. Can you speak about what spawned it and some of your favorite LAB endeavors?
At Rockwell Group, technology has supplemented the way we work, rather than changed it. Given our interest in creating emotion and narrative we became very intrigued by imaging technologies that could be incorporated into spaces. To pursue this we created, in 2006, a studio called the LAB at Rockwell Group that was at first dedicated to doing research and development. We created an installation at the Venice Biennale called the “Hall of Fragments,” where movie clips became the building blocks of new environments. The LAB has massively expanded since then to create installations embedded in many of our projects as well as standalone projects and installations, including the Lobby and Chandelier Bar at The Cosmopolitan of Las Vegas; Luminaries, an interactive, seasonal public lighting display in Lower Manhattan; an inhabitable kaleidoscope that we created for the lobby of 605 Third Avenue in Manhattan; the Hudson Yards Experience Center, a museum-like brand gallery that contains a journey made up of a series of immersive and interactive experiences; and the new MGM Cotai’s The Spectacle, a two-story glass-domed atrium ringed with retail and dining, providing plenty of un-programmed space for changing exhibitions and events, and a sensory reprieve between activities at the grand, multi-use development.

What do you hope will be the indelible mark that Rockwell Group has made on the world of hospitality design-something that made the industry truly change the way it thought of things?
We believe that the narrative we bring to each projects sets it and us apart. We do extensive research to uncover the inherent story of the client, space, and context — and then create a narrative from there that tells the story. Then we create surprise, intimacy, and discovery in every space, layering in technology, custom FF&E, interior design, and architecture. I believe Rockwell Group projects are remembered for being spaces that connect people to each other, create rituals, and encourage discovery, rather than for a single aesthetic or approach.

What is that one project that you still haven’t worked on that would be the ultimate dream come true?
I would love to design a set for the Met Opera in New York.

David Rockwell’s empire of the senses

From wearable music to a sensor fountain: innovation on show at the Victoria&Albert Museum

The subtle link between architecture, sustainability and business