Readers who look up at the rows of books (1.2 million) in this temple of culture are so small compared to this immense, magnificent building that they appear to be catalogued on the shelves themselves. This wonder was designed by Dutch firm MVRDV, which, together with Tianjin Urban Planning and Design Institute (TUPDI), completed this library in just three years after the initial sketch. The library is part of a larger masterplan (120,000 sq m developed by German architects GMP) to create a cultural district in Tianjin, a major port city in northeastern Cina. The project, which is contained within a large parallelepiped, is surrounded by four other cultural buildings designed by an international team of architects including Bernard Tschumi Architects and Bing Thom Architects. The cultural center area encompasses 33,700 sq m spread over five floors and contains a bright spherical auditorium that forms the pupil of what the architects call the ‘Eye’. 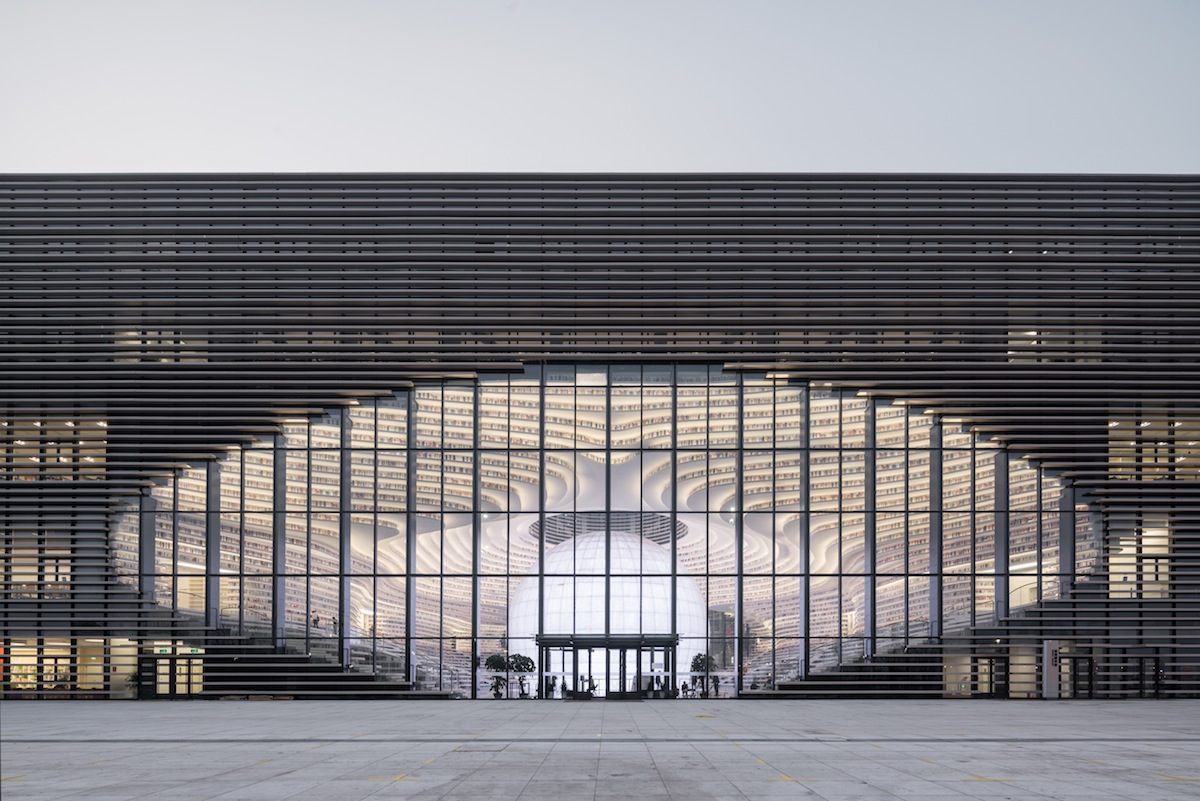 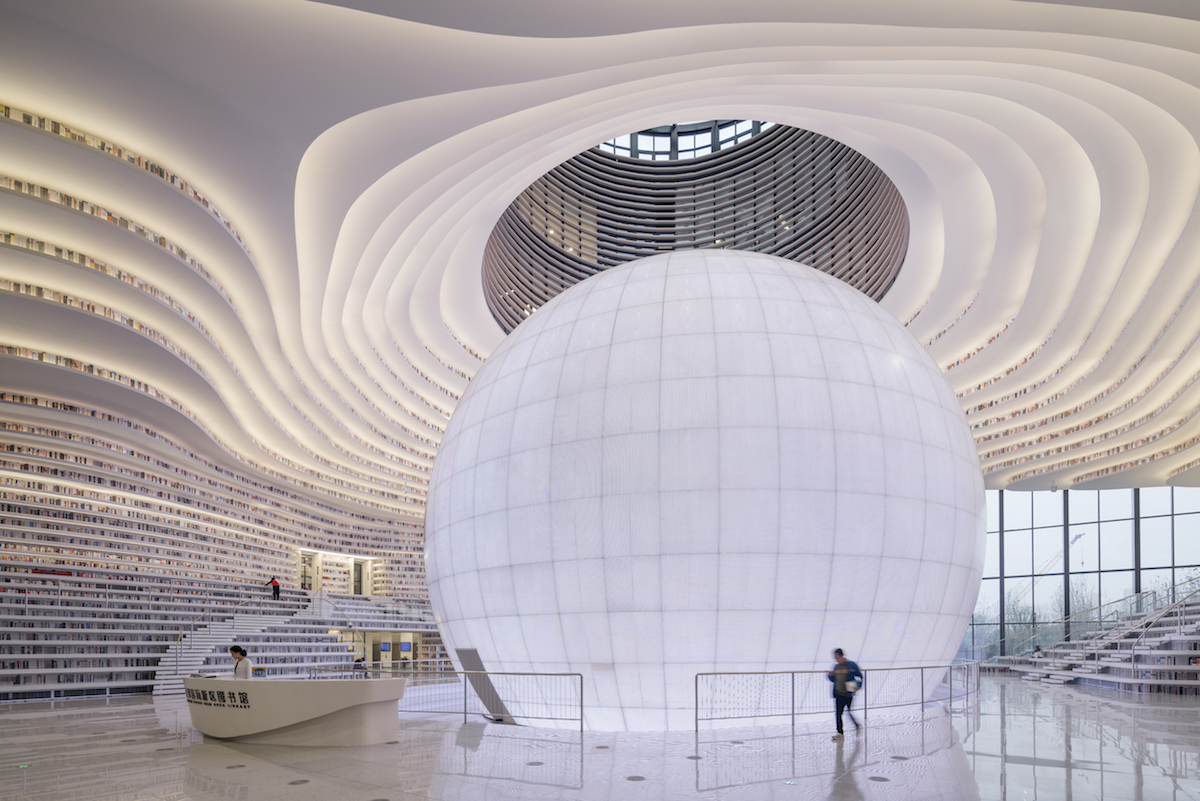 From the outside, the façade was designed to create, with the lamellar cladding, the shape of an eye which, through its glazed surface, frames the auditorium that serves as a pupil, while the internal steps seem to create the shape of an eyelid. The interior is distinguished by the astonishing cascade effect of the shelf-steps that descend from the ceiling to the floor and resemble the lines of a topographical map, almost creating a sense of vertigo. Visitors to the ground floor can access reading areas for children and adults, the auditorium and the terrace. The first and second floors host other reading rooms, book spaces and lounge areas, while the upper floors include meeting rooms, offices, computer and audio rooms and two roof terraces. 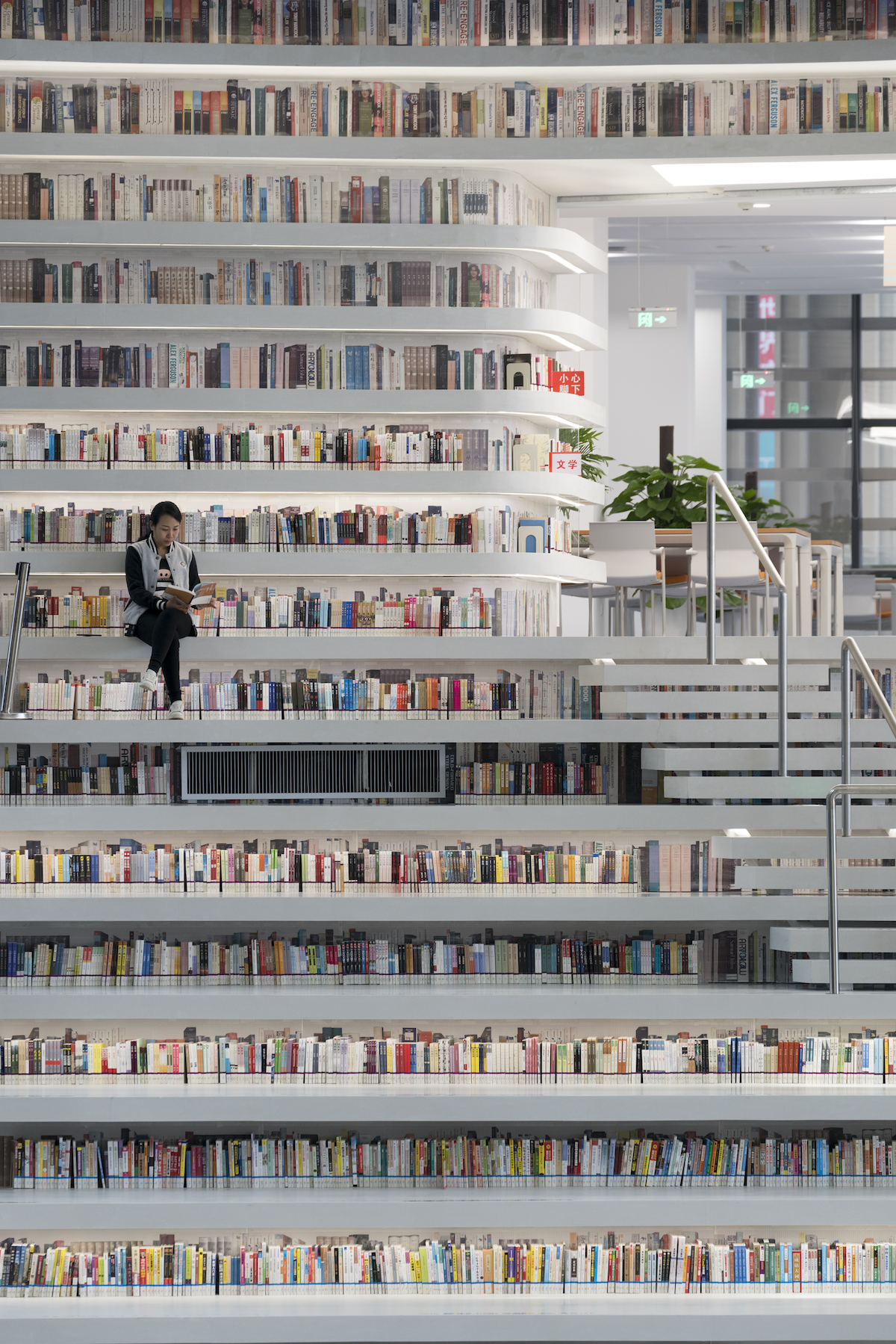 The speed of the project’s execution and the strict construction program, however, led to changes that went against the designers’ wishes. Indeed, it is impossible to access the higher shelves and upper floors, where there are no actual books, but only perforated and printed aluminum sheets that imitate the volumes. We hope that the entire original project can be completed in the future. 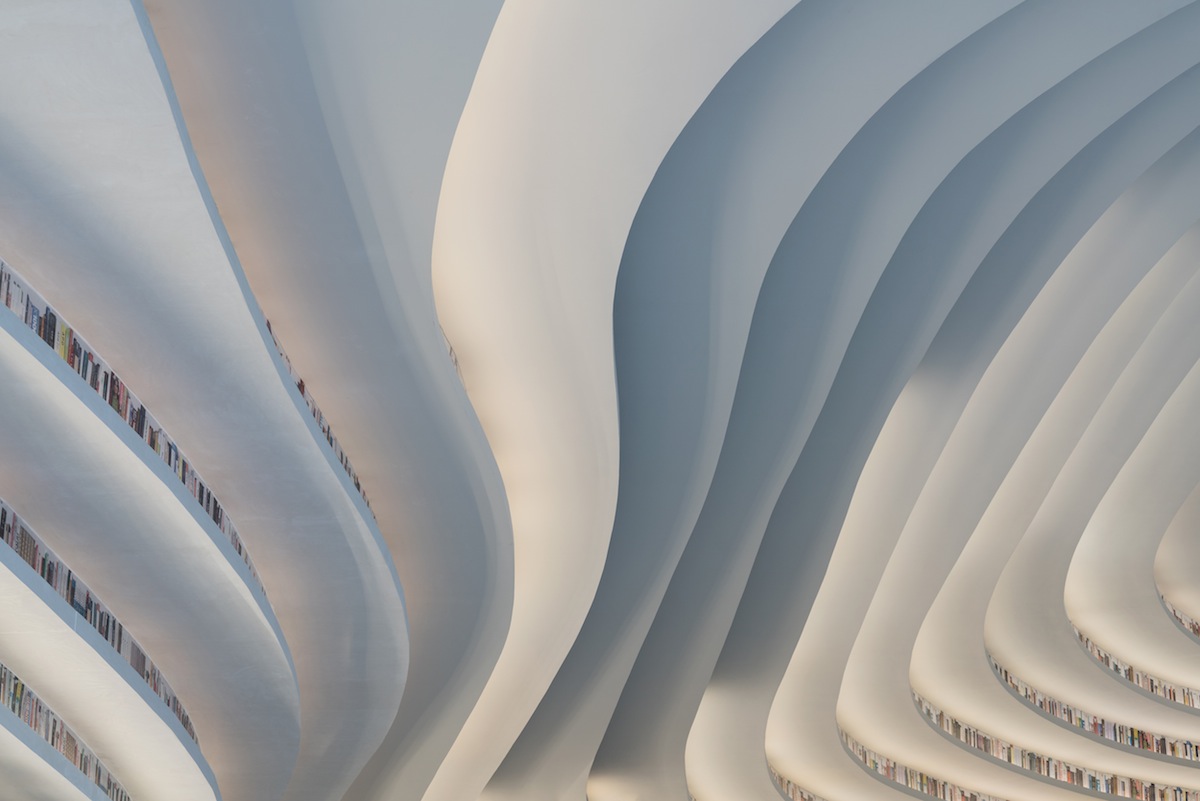 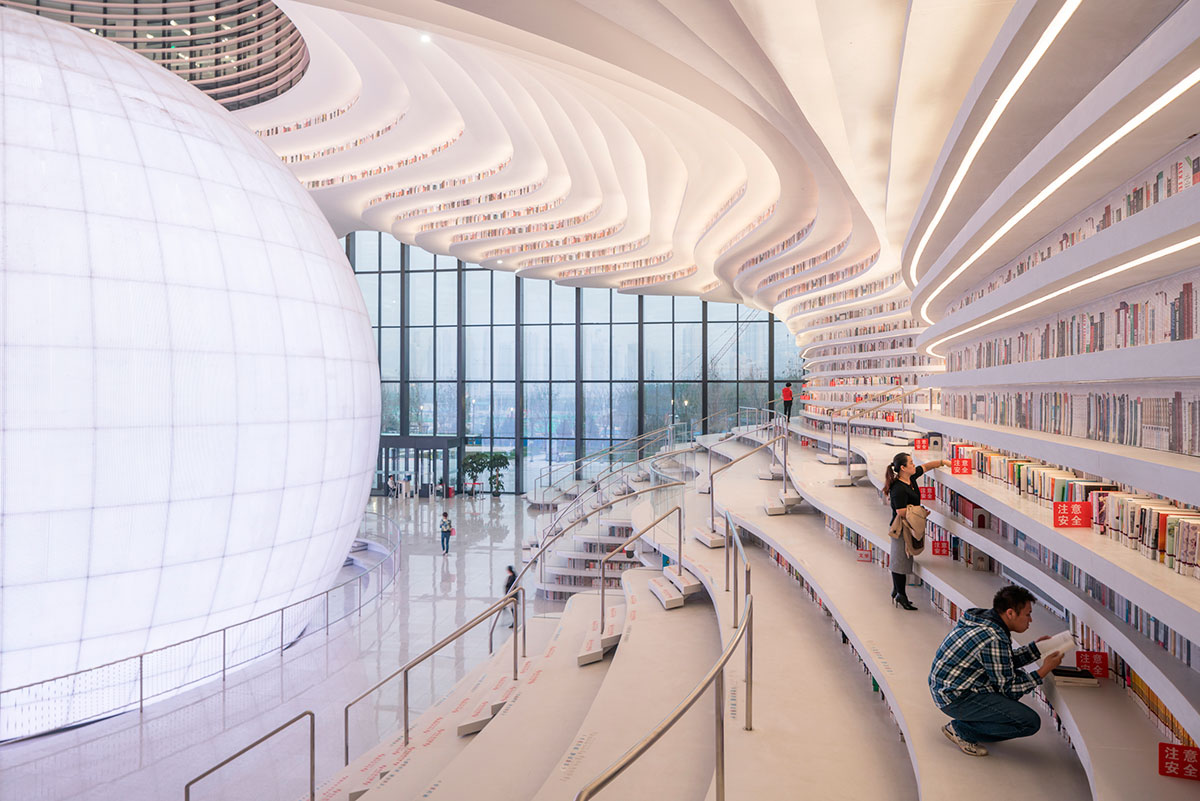 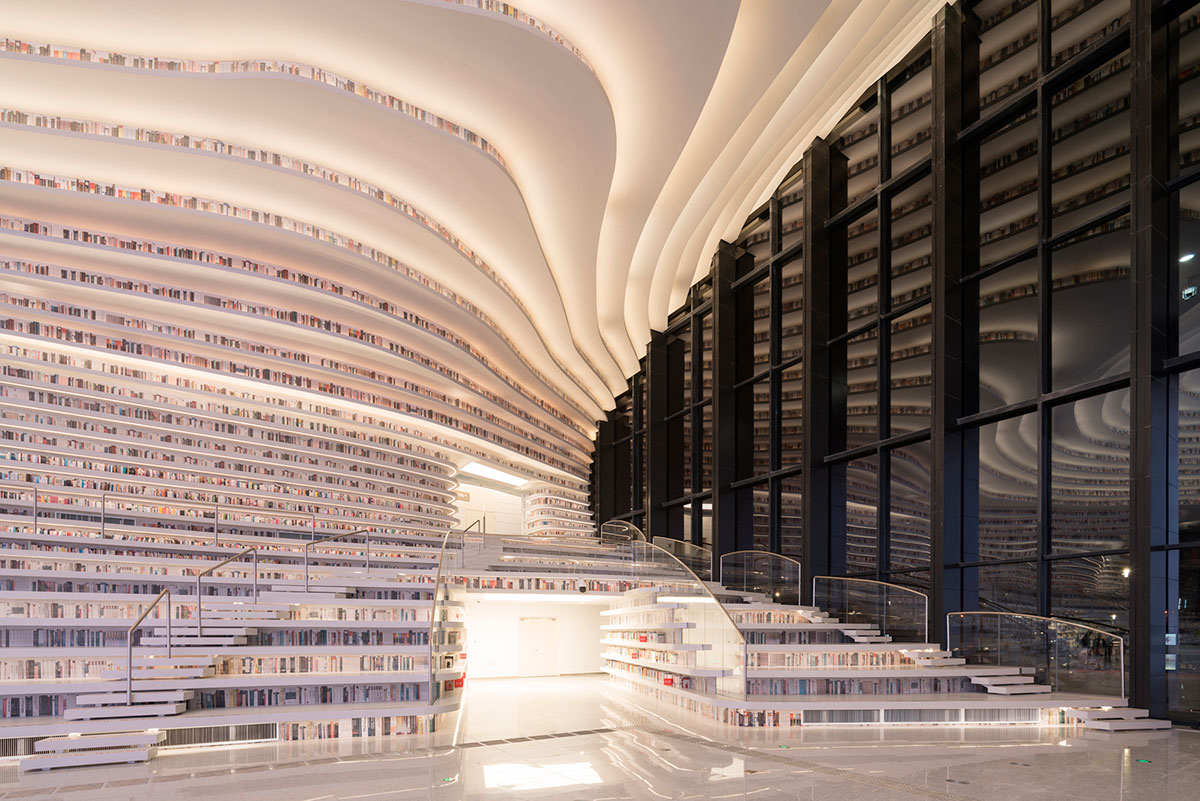 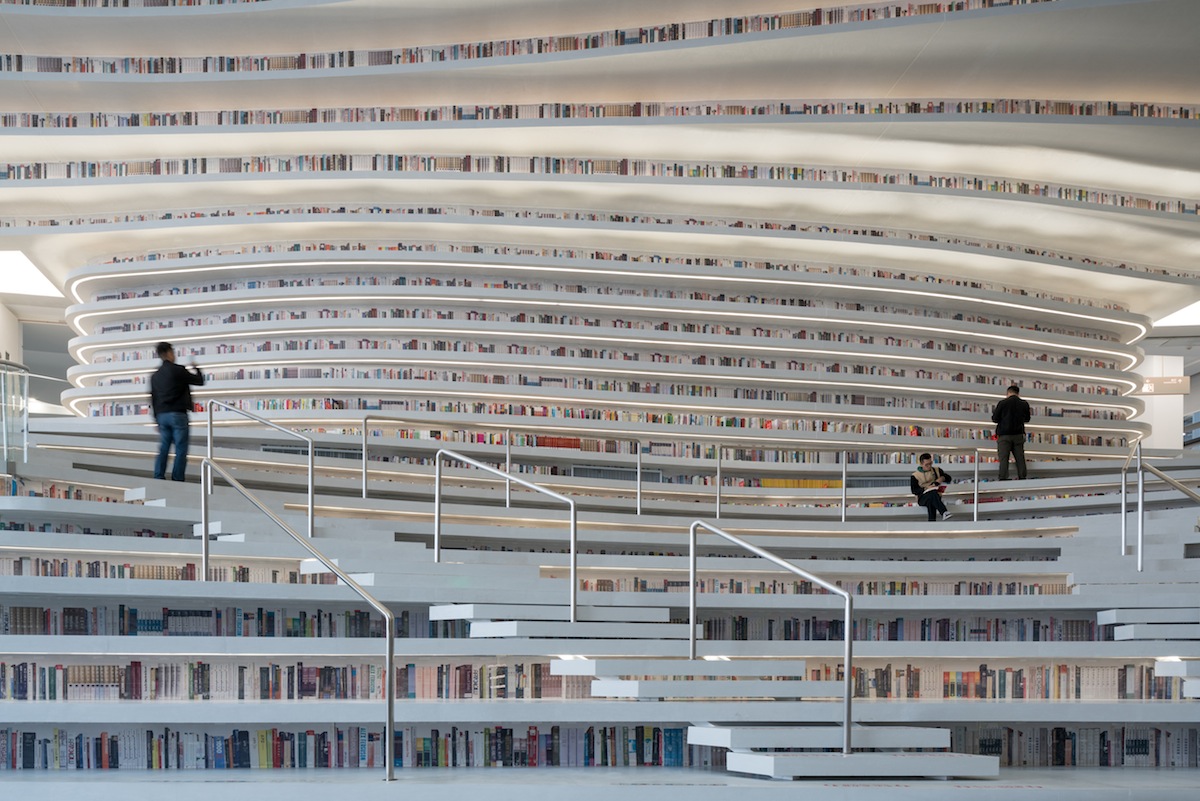 The importance of surprise