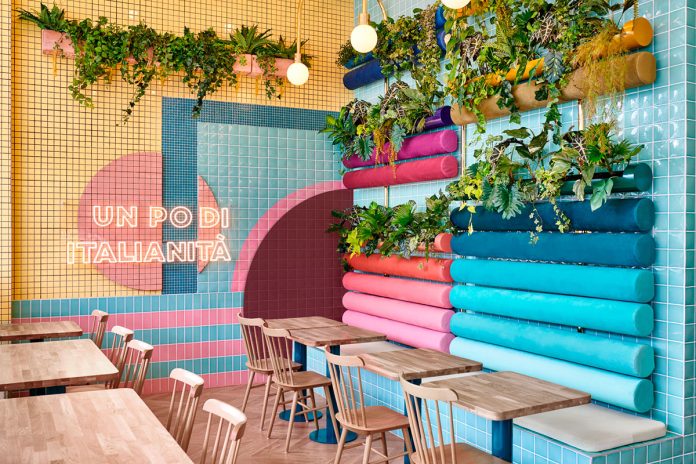 “Un po’ di italianità” (A little Italian style) reads the neon writing on the wall inside Piada, clearly expressing the intention of owners Arthur and Mathilde, who were determined to fulfil their mother’s wish to introduce her beloved Italian roots to the city of Lyon.
The cheerful, homely setting explores Italy’s outstanding art, namely food, allowing visitors to sample the Romagna region’s typical piadina. Conveying a traditional recipe in the contemporary world was also the aesthetic aim of Masquespacio, Valencians Ana Milena Hernández Palacios and Christophe Penasse, who oversaw the interior design and took care to include references to the past while creating a distinctly modern look. 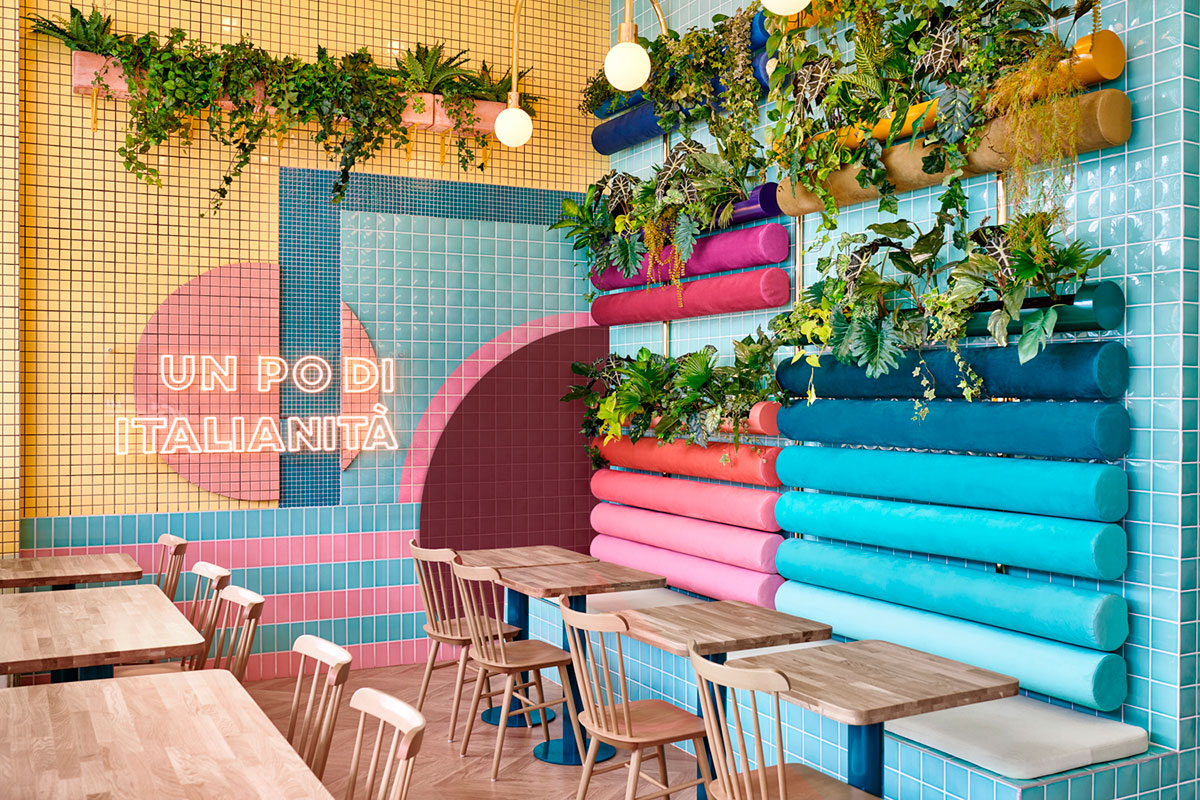 Artisan-style ceramics by the Complemento company are combined with a series of elements designed by the duo and produced by Pau Ferro, such as long-stem lamps with round diffusers and large arched mirrors whose golden inserts are reminiscent of early 20th-century Italian bars. The project, which was created in collaboration with architect Sandrine Brenans, immediately evokes a natural atmosphere, created by the terracotta, the Faus parquet and by the addition of numerous plants scattered inside and outside the restaurant. 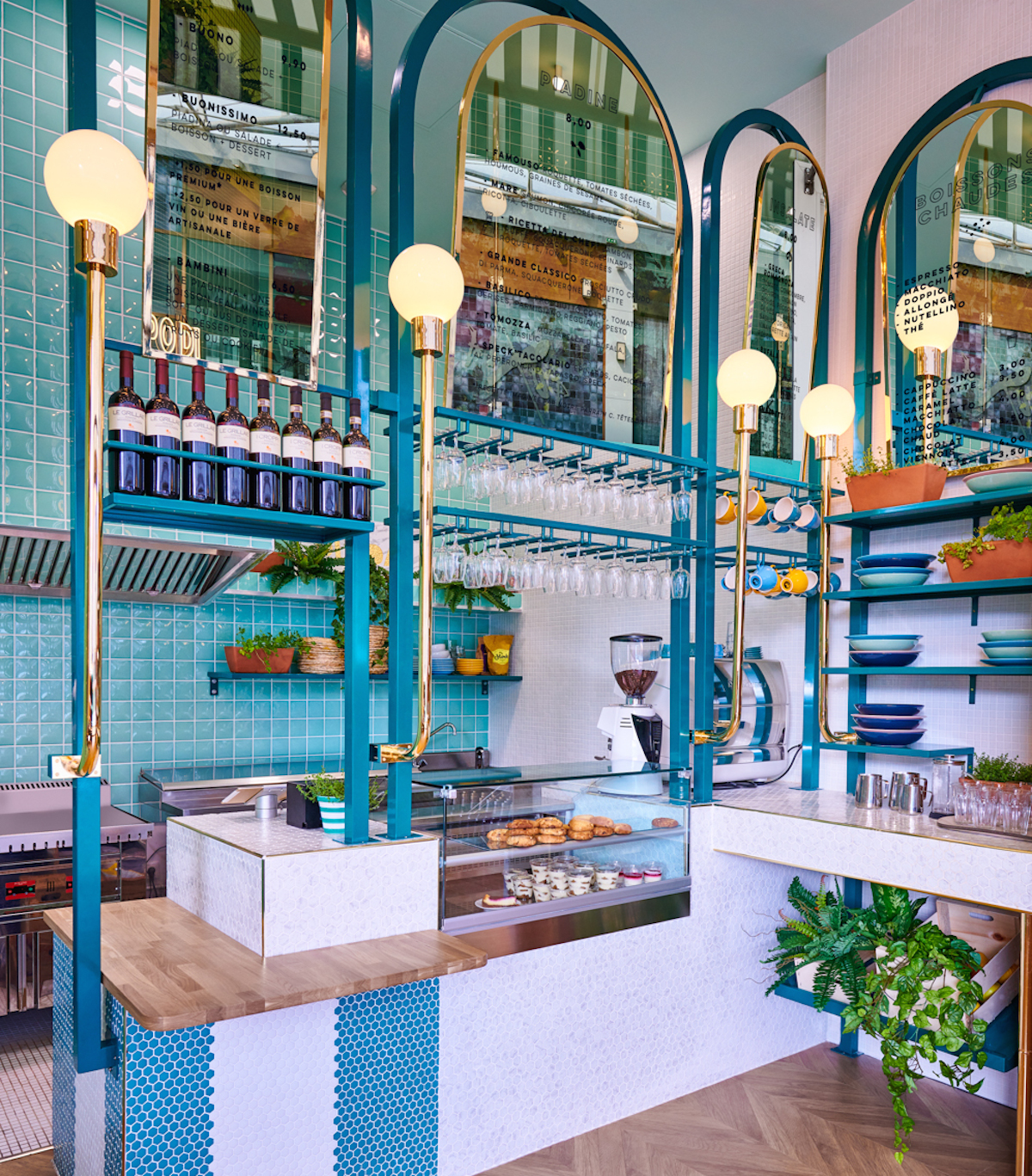 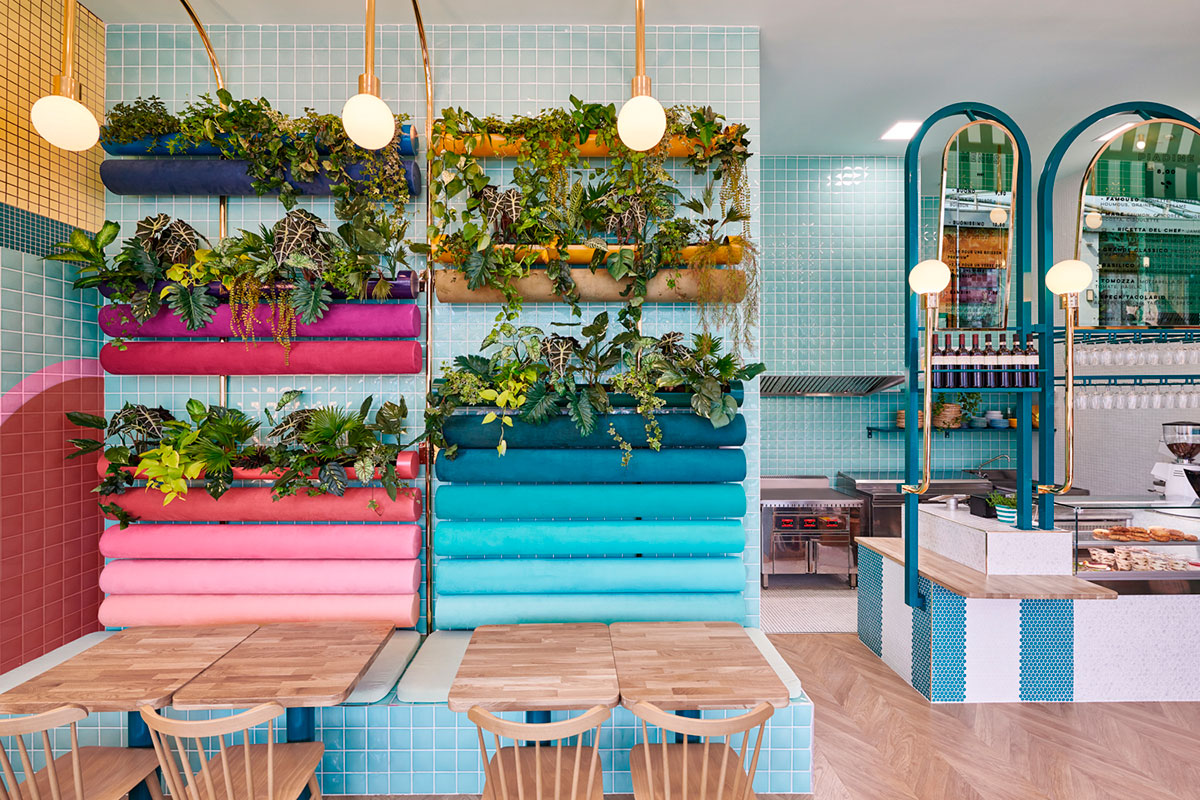 “We want to offer a high-quality product, whose ingredients also include good humor and jollity,” explain Arthur and Mathilde. “We achieve this goal through a coordinated range of colors, a feature that also distinguishes Ana and Christophe’s work, as well as the furniture specially custom-made by Pau Ferro, the ceiling lamps by Faro and the chairs produced by Ton.

Piada will certainly not go unnoticed in the Confluence district, a new neighbourhood in the city that has undergone successful redevelopment. 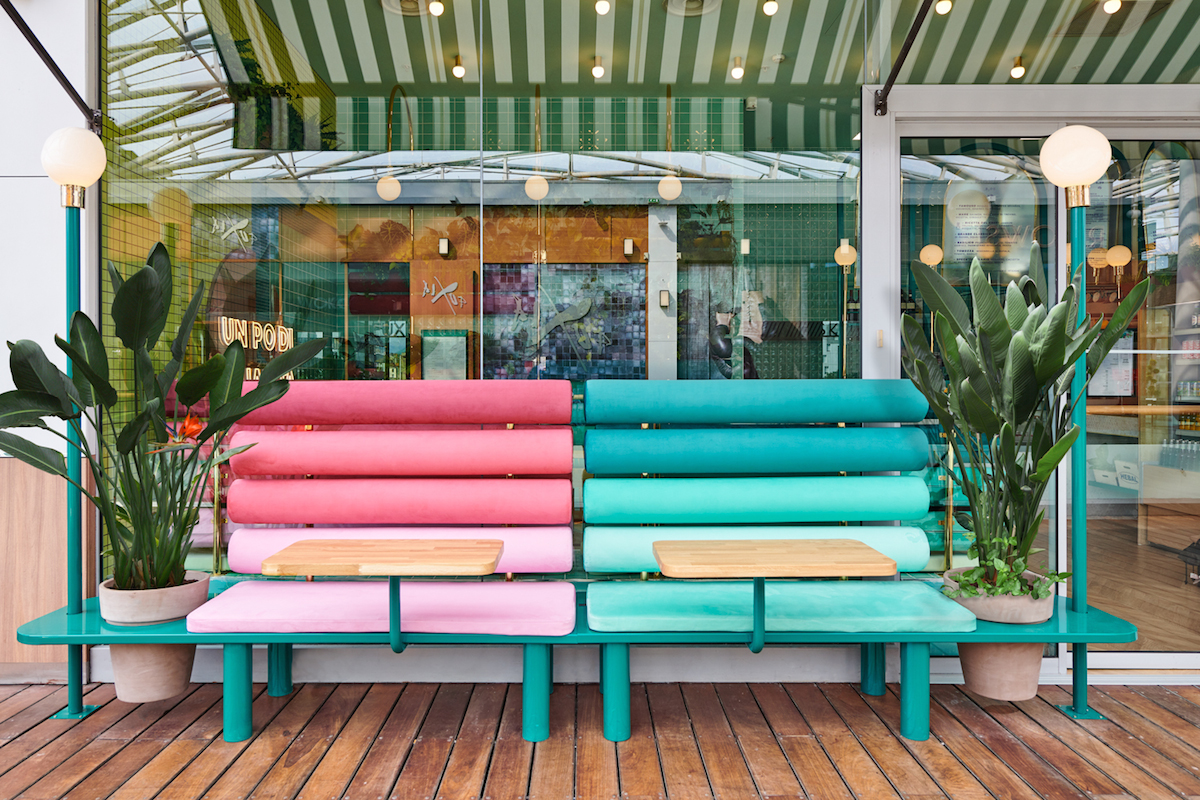 A colonial soul and modern spirit