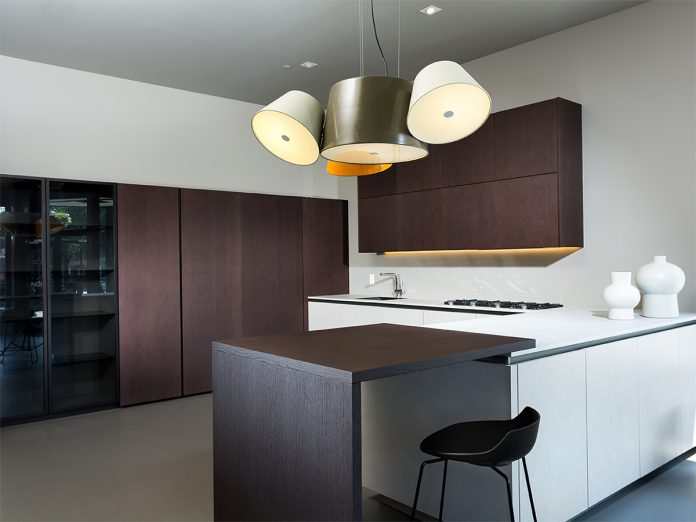 Maistri expands its retail network and lands in the United States, with its first showroom outside Italy. The historical Italian kitchen brand chooses Cincinnati as its destination, in partnership with the space Noli owned by Agostino Fede.
Keeping a constant growth, Maistri arrives in the States with a strategy focused on the revival of the brand, which began firstly in Italy in the cities of Milan, Rome, Naples, Aosta, and Padova. Overseas the Asso Group – which acquired the brand in 2012 – was previously focused on the relaunch of the Verona-based Minotticucine, another brand owned by the Group.

With 13 windows on the street, the new exhibition place, the Noli Modern Italian Kitchen on Elder Street, develops on a single floor, with an area of 200 square meters; the protagonists of the exhibition are the Arka, Viva, Giza, Altea and Arena Line models.

“As Asso, we have adopted an important export strategy for the kitchen brands that are part of the group – says Monica Venturini, Asso Group Marketing Manager- For Maistri, in particular, this means reinforcing firstly the brand in Italy in order to deal with export at a later date. This way, also thanks to the presence of a large booth in the last two editions of Eurocucina, we had the opportunity to launch the brand know-how abroad, preparing the scene for the opening of the new stores”.

Snaidero reinforces its activity in Russia

Vetrogiardini. The power of glass