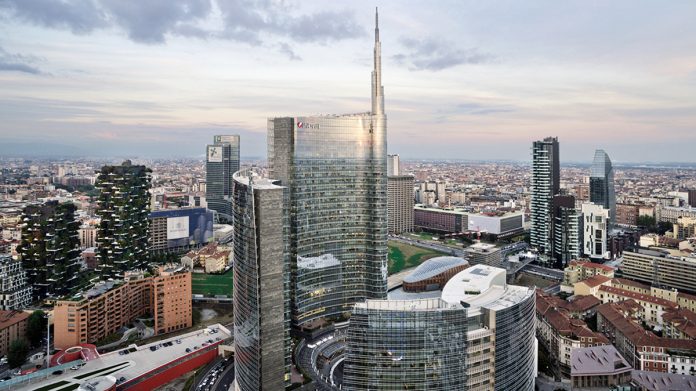 Italy’s collective participation in the Italian Pavilion at Cannes’ Mipim, held from 13 to 16 March 2018, was coordinated for the fourth year running by ICE, at the behest of the Ministry for Economic Development, and with the collaboration of the Ministry for Defence and of the Ministry of Economy and Finance. The event saw the involvement of many regions, such as Friuli Venezia Giulia, Lazio, Liguria, Marche, Piedmont, Puglia, Sicily, Tuscany, Trentino, Veneto and Lombardy, alongside the Italian State Property Tax Agency, Cassa Depositi e Prestiti, Difesa Servizi, FS Sistemi Urbani and Invimit, each committed to enhancing Italy’s public heritage. Moreover, the associations ANCE (National Association of Private Construction Contractors), Confindustria Alberghi and Assoimmobiliare presented a variety of potential investments ranging from redevelopment to logistics, and from the renovation of hotels, residences and infrastructure to projects in the industrial, retail, offices, research and hospital sectors.

“This year, we outlined the progress made on a number of projects presented last year – including railway stations (Farini, Porta Genova, Porta Romana, Lambrate, Greco-Breda, Rogoredo and San Cristoforo, Ed.), the post Expo area, and the future of the former Falck and Santa Giulia districts – to prove that Milan is not all talk: it keeps to the schedule and delivers on its commitments. In addition to strengthening its long-standing positioning as financial capital of Italy, the city is focusing more and more on issues connected with quality of life, cultural offering, urban rejuvenation (to cater for Milan’s over 200,000 university students), and environmental sustainability, the latter being a critical issue for the entire Lombardy plain”.

Plenty of opportunities for private investors, therefore, but also a big opportunity for Milan.
“Certainly. Compared to many similar cities, such as Barcelona, Lyon, Berlin and Munich, Milan’s advantage is that of having more semi-central areas, such as a number of railway stations, which can be entirely rethought. Having resources to invest in projects designed to reconnect the centre with the suburbs is undoubtedly a great opportunity. The other big challenge is to extend the city centre’s considerable, almost unstoppable growth to the suburbs, which it has not yet fully reached”.

How important is the synergy between the public and private sectors in the suburbs?
It’s extremely important. Public investments in this regard have been considerable: in addition to transport infrastructure, roughly € 350 m have been poured into the city’s social housing. However, experience teaches us that, in order to work, such plans require at least threefold private investments. At the moment, I believe that the situation in ripe for high-yield private investments that will bring important benefits and improvements to the entire city. Just think of the Rogoredo Santa Giulia district. We are currently pouring money into improving the social housing in the Molise Calvairate-Rogoredo areas. However, the fact that Santa Giulia has found a sound investor in Lendlease has given a new impetus to the project; now, the area is filled with cranes working on a new social housing district. Moreover, I am also sure that the Porta Vittoria area, recently involved in bankruptcy proceedings, will soon find a new investor to complete the project. All together, these initiatives point to the fact that South-East Milan is likely to attract investments destined to improve quality of life in the area.

Lendlease is currently involved in two important investments in Milan.
In addition to Santa Giulia, in South-East Milan, Lendlease is also involved in Arexpo, a project that is even more important for Italy as a whole than for Milan itself. While of course granting the area a future, the project will create in a largely state-funded life science research centre that will boost Italian scientific research in general. It looks like we can finally hope to fulfil a project that just a couple of years ago seemed unfulfillable.

Rossana Orlandi: “Refuse has value. Let’s save it.”