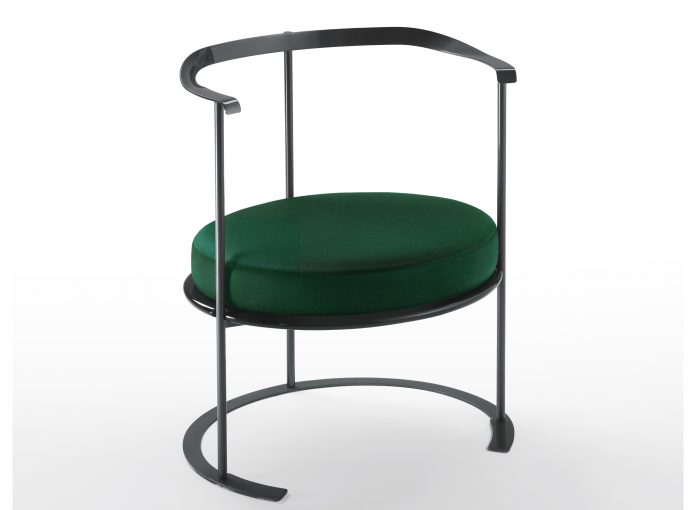 The world of design which flourished in post war Italy is rich in names which can now be found in text books of architecture, design and related subjects: selecting one is no easy choice. B&B Italia has confidently, and perhaps surprisingly chosen Luigi Caccia Dominioni. Surprise – albeit partial – is the daughter of diversity, both in terms of age and culture, however the strength of unions is palpable in diversity and the blends which are created among entities seemingly unfamiliar with each other.

Caccia Dominioni (who passed away in 2016 at the age of 103) is renowned for famous architecture (especially in Milan) and objects, and B&B Italia will honour him by reproposing achievements in the the latter category, of course. From the lamps Imbuto and Monachella (veritable archetypes which inspired generations of designers) to the dining suite Nonaro from 1963, the armchair Chinotto (with its low feet, a veritable provocation in 1973): these are just some examples of a total of 20 objects  whose originals have since become collectables – and which will reappear in shop displays at B&B Italia flagship stores, reconferring a touch of modernity upon a piece of history.