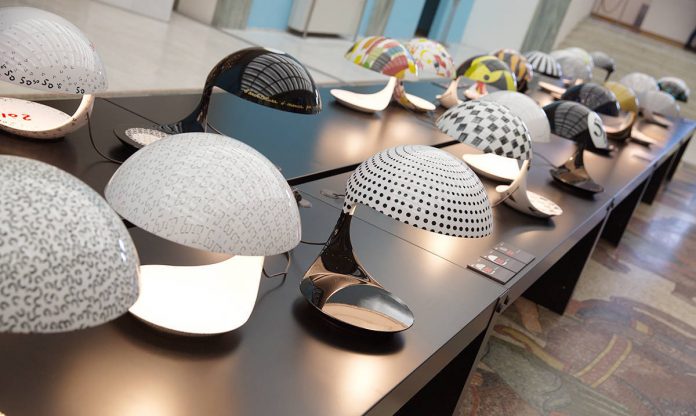 Fifty years have passed since Elio Martinelli, the founder of Martinelli Luce, designed the Cobra lamp in 1968, which has remained popular over the decades thanks to its futuristic design.

To mark its anniversary, the company has launched a series of initiatives designed to celebrate the lamp, the company and its founder.

Firstly, a new edition of the Cobra lamp in a red lacquer version. Next, the Cobra Texture initiative, a reinterpretation of the lamp by international designers through the creation of graphic textures applied on the lamp, presented in an exhibition that began on February 27 at La Triennale di Milano. Every lamp in the project is produced in thirty signed and numbered copies, plus three artist’s proofs.

The company has also marked the 50th anniversary with the launch of a competition for young designers and under-35 designers, Cobra Re-loaded, which also requires the creation of a texture to apply to the surface of the lamp. Designs must be received by the ADI by May 15, 2018.

And that is not all. During Design Week, the Triennale will host the Elio Martinelli and his company | 1922-2004 exhibition, a retrospective that celebrates the history of Martinelli Luce and the lamps designed by the founder during his lifetime, with a section dedicated to the present and to lamps by Emiliana Martinelli and by the designers who have collaborated with the company.

The exhibition will also feature the presentation of a book dedicated to the founder’s life and to the most important events that have marked the history of his company and lamps.

SaloneSatellite: a balance in design