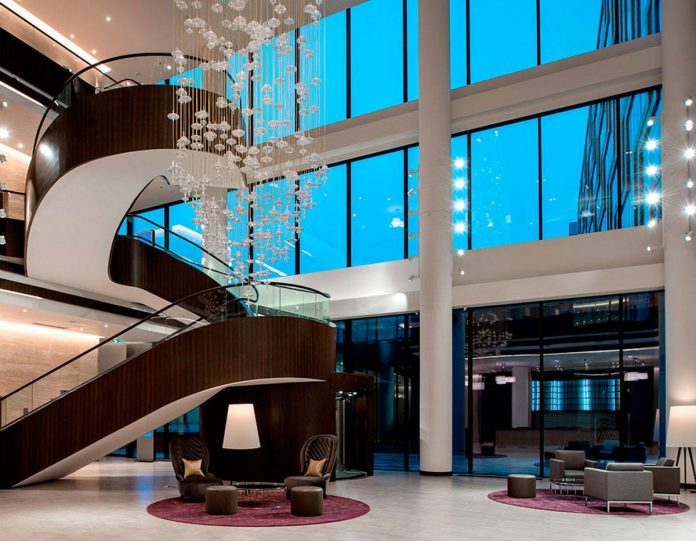 The facility constitutes an architectonic extension of similar-sized buildings with a material affinity, compactly aligned along the main road. Unified by the use of an intense yellow ceramic cladding, the façades are characterised by the particular design of openings, inspired by functional requirements which articulate their expressive autonomy in a distinct manner. In this case, it appears that this identity is roused by a geometric rhythm expressed by the alternation/rigorous alignment of window voids and colour-saturated solids. The enclosure’s graphic language is not met with continuity in interiors, which in contrast feature the textural and tonal contrasts of wood, matched with metal finishings for furniture, mirrors, as well as white marble for bathrooms, rosé marble flooring and a recurring carpet both in rooms and meeting halls.

The Swedish studio Lundwall Architects was entrusted with the interior design project in virtue of its interest in calibrating spaces, light and materials according to the type of interior at hand. The hotel contains 169 rooms, including 65 executive rooms and suites, eight multifunctional meeting rooms, two restaurants, a dance hall which can host up to 550 people, two floors entirely dedicated to leisure activities for guests, a spa, swimming pool, sauna with Turkish bath and a fitness centre.

Particular attention has gone into developing the lighting project which features either as a functional mediator or in a markedly scenographic role, as is the case with the sparkling installation by MelogranoBlu next to the impressive spiral stair case in the hall. An 11 metre high chandelier from the Hydra collection reveals the poetic and visionary moment of light and glass as an expressive contamination of art, architecture and design. 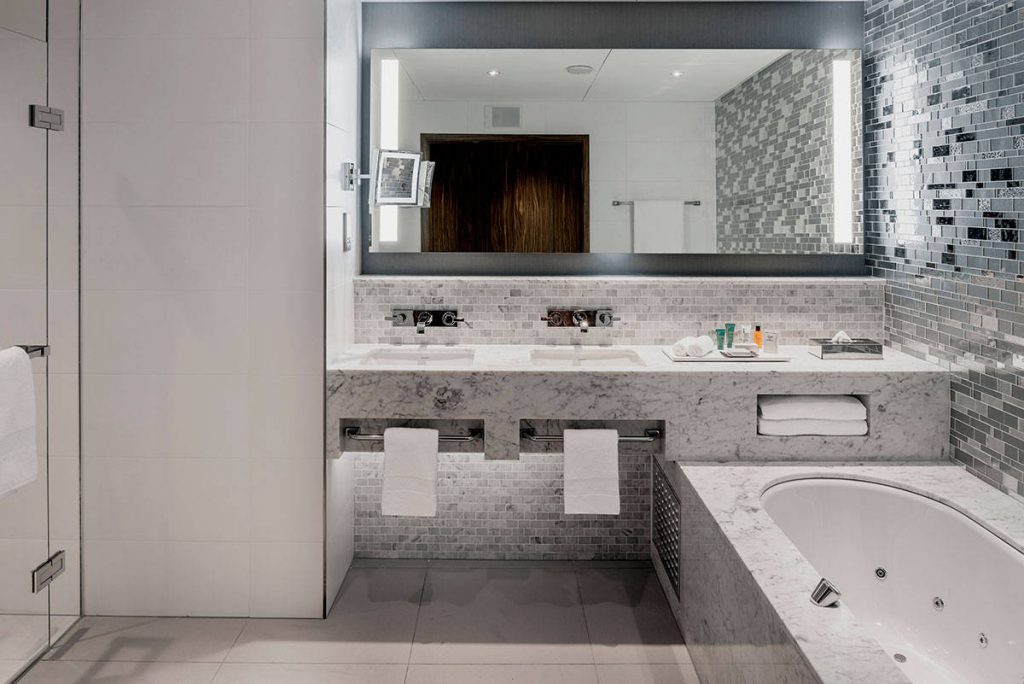