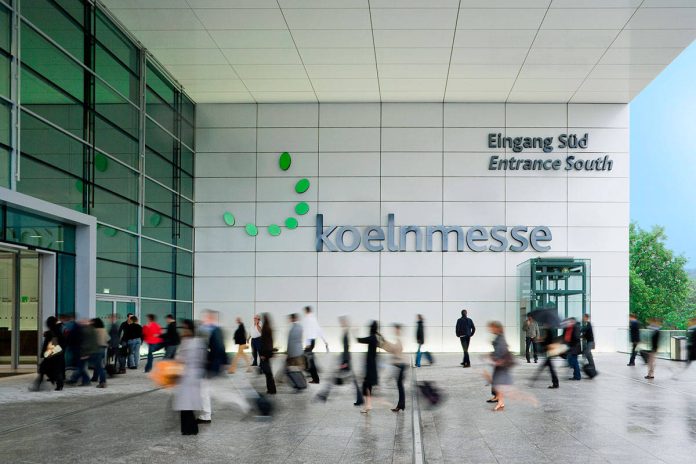 The world of design and decoration is now in the limelight. On Monday the doors of the Koelmesse exhibition park open to start the first important trade event of the sector. Imm Cologne (15-21 January) has prepared a new edition to be experienced, discovered and savored in its novelties.
1200 exhibitors are expected (of which 70% coming from abroad) for the eleven pavilions divided into thematic segments: Pure, Prime, Comfort, Smart, Global Lifestyles and Sleep, alongside the absolute novelty of Pure Architects for the bathroom categories, coatings and floors.
"Naturally, a positive market situation is the main reason for this constant successful development – comments Arne Petersen, Vice President Trade Fair Management, on the excellent level of registrations – but also the measures we have continued to introduce in recent years now have become more effective, with the result that Imm Cologne is not only an attractive business platform, but also a venue from where trends also start ".

Source of inspiration and creativity is the Das Haus, a project that annually accompanies the event of Imm, this year it was conceived by the Czech designer Lucie Koldova who has set up her home according to the different light forms. Light that becomes increasingly important within the exhibition participants, divided between its decorative function in the Pure Editions area and technique in the new Pure Architects format, generating an all-round furniture fair.
Also unmissable is the appointment with the Pure Talents Contest which this year reaches 15 editions. The special showcase of the hall 3.1 brings together the 20 selected finalist projects among 836 products from 671 young designers, a record number!

The events then continue in the showroom, primarily within the DesignPost space – which this year opens to new brands such as Wästberg, Marset, Midgard and Bensen – and to the Passagen circuit, a program of concurrent events of Imm that develops in the city through showrooms, museums, cultural institutions.

It is then the turn of Maison&Objet that animates Paris Nord Villepinte in Paris from 19 to 23 January. Decoration, design, lighting, fabrics, tableware, fragrances, accessories and much more, all under the same roof. The fil-rouge that moves this edition along the three Maison, Objet and Influences major sections, is the "Show-Roomization" theme – dedicated to the new buying dynamics and to the new identity of today's consumer – that finds perfect representation at the interior of Espace d'Inspirations.

As always, the event gives a nod to the designers, both established and emerging: guest of honor will be the Danish designer Cecilie Manz, named Designer of the Year, in the spotlight along with the six young designers who make up the Rising Talents rose, 'sponsored' by an exceptional parterre of all Italian signatures such as Andrea Branzi, Giulio Cappellini, Piero Lissoni, Rosita Missoni, Luca Nichetto and Rossana Orlandi.

And if a constellation of products for the interior and home decoration colors the event, the Déco-Off and the over 50 showrooms that make up this out-salon are the realm of an equally colorful world focused on furnishing textiles and wallpapers. For a sensory journey through Parisian neighborhoods.