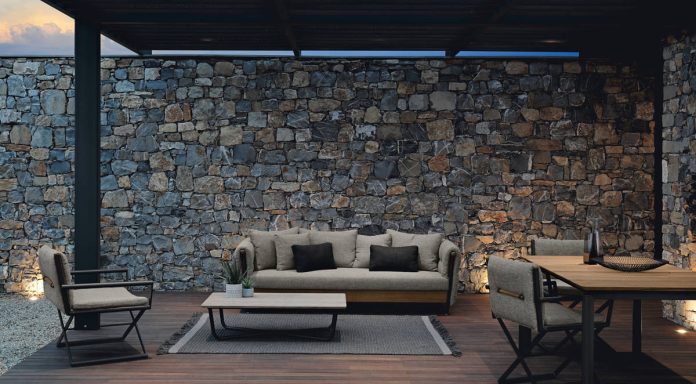 There is not a single obstacle, physical or in design, that Talenti hasn’t overcome in 2017. Expanding collections, developing new markets and strengthening the international position, establishing an extensive distribution network and becoming the ideal partner for residential projects and hospitality projects. These are the milestones reached by the company in the last few years. The outdoor manufacturing company (Made in Umbria) has constantly evolved from its origins as a family-run business and can be now included among the most important global design players.

After an extremely positive 2016, Talenti prepares to close 2017 sales with remarkable figures, with a turnover of 10 million euros, + 35% over last year.

Thanks to collections that combine elements of Italian tradition and industrial techniques, keeping on with the trends that are changing the international preferences and carry the signature of prestigious names such as Ramon Esteve next to Marco Acerbis and Cristian Visentin who design the 2018 novelties, respectively Domino and Moon.

The penetration of international markets is based primarily on a well-qualified and developed network of retail stores, which are now present in 40 foreign countries circa: among the countries with the largest turnover, at the first place France, followed by the United Arab Emirates, Spain, Germany, the United States and Oceania with Australia and New Zealand.

An occasion of direct contact with the public and professionals is also the participation in industry events, where Talenti has performed with particular dynamism: from the Salone del Mobile in Milan to Maison&Objet Paris, from the International Furniture Fair Singapore to Imm Cologne; and also Index Dubai, iSaloni Worldwide Moscow, Medinit in Casablanca, as well as Interior Mebel Kiev and Medinit IDF in Oman.

Last but not least, Talenti’s growth is reflected in the large contract projects carried on by the company, both in residential and hospitality areas, where its collections are interpreted in a wide and diversified offer, adapting to the needs of the industry. Among the latest projects, there are the Remisens Hotel Giorgio II in Croatia, the NHow Hotel in Berlin, the Cameleon Boutique Hotel in Costa Rica and the recent Temptation Cancun Resort.

A new home for Designjunction