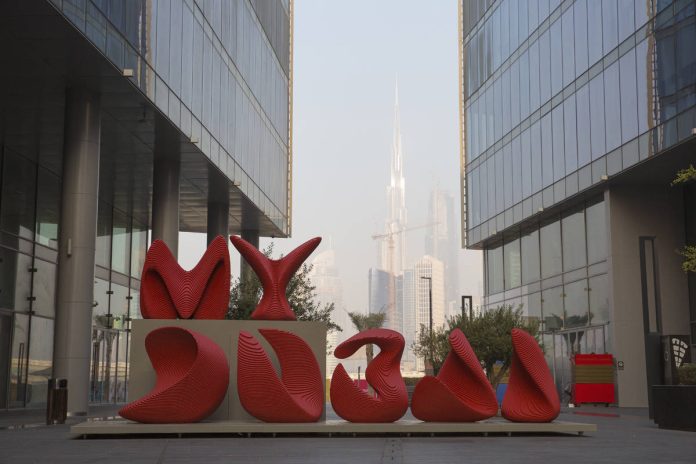 A cultural and commercial bridge to the Middle East, the largest and most lucrative design sector in the Middle East and North Africa market and a fertile breeding ground for the design industry, which welcomes and develops international contributions in the fields of architecture, fashion and interiors. It is these attributes that make the United Arab Emirates, and specifically the city of Dubai, the perfect home for an expanding design community encompassing companies, architects, designers and developers from the four main continents of the world. Dubai Design Week acts as the standard bearer for the city’s new identity, showcasing its attractiveness and innate vitality across a six-day event which takes visitors on a voyage of discovery through the city. There are over 200 initiatives planned for the third edition of DXBDW, the majority of which are located in the stunning setting of d3 – the new self-proclaimed “home of design”. There are further events taking place in the Al Quoz, Sheikh Zayed Road, Nad Al Sheba, Jumeirah, Al Fahidi Historical Neighborhood districts, as well as at Heriot Watt University, International Academic City and the American University in Dubai.

«The event we’ve organised is a celebration of the talent and commitment in Dubai and the global interest that has been generated through the past editions of Design Week», explains William Knight, DXBDW’s Head of Design.

The heart of the event – and of d3 – is without doubt the Downtown Design event, now in its fifth edition. Last year, the show attracted over 12,500 visitors, 80% of which came from the trade sector. Now with double the space to accommodate over 150 exhibitors from 25 countries, the 2017 edition will feature 70 new top-level brands and eight design labels making their regional debut.

Complementing Downtown Design is an array of exhibitions ranging from Global Grad Show to Abwab, as well as a number of installations bringing vibrancy to the streets of the district, with work by the likes of Fredrikson Stallard, Paula Zucotti, Khalid Shafar for Lasvit and SUPERFUTUREDESIGN* all on show. On top of that, there are pop-ups such as the Super Design Market and the Ripe Market and exhibitions like Rado’s Portraits of Design and IKEA’s Let’s Play for Change. And last but not least, a programme of talks and seminars will be given by Sir David Adjaye, one of the most influential architects in the world, Mauro Porcini, the Chief Design Officer at PepsiCo, and Elmar Mock, the inventor of the Swatch Watch.

Designing style, with the sea in your heart

‘@Xintiandi, a leap into the past