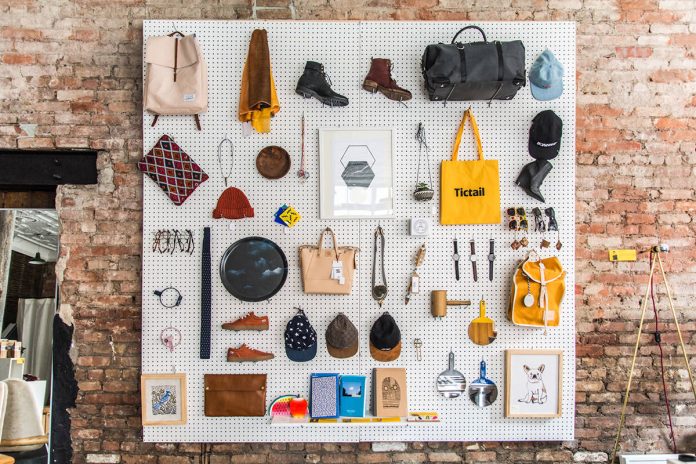 It has never been a geographical fact, but nowadays it is not even a matter of generations, the Y Generation has now spread, involving a significant number of older and more “expert” people, the cyber consumers are an important majority and above all silent because they choose to like something instead of using words.
A fact that has also led to a change in the purchasing behavior and has consequently pushed marketing departments to revise strategies and operations.

Under this scenario, Maison&Objet proposes a 2018 menu of content that, in addition to the traditional fair, offers initiatives oriented to the so-called contemporary emergencies.

“Show-Room”, deliberately written detached, is M&O’s response to this digital revolution, a change that has altered everyday habits modifying the function of objects: those traditionally locked in a closet, such as small devices, are now showcased in open display, tables are dressed up, clothes are not put away in the wardrobe: everything has the second aim of stating who we are, to mark the territory. Show-Room will be a provocative Polaroid photograph of time, an invitation to oppose this new conformism. An immediate success was obtained by Grégoire of the Nellyrodi studio, who has conceived the “Show-Room” concept for M&O in the Inspirations Space and the Bookshop-Café, has summarized “consumers play the parts of art directors, designers, architects, publishers, communication experts or even sales ambassador “.

Even the choice by M&O of Cecilie Manz as Designer of the Year 2018 is a sign of change from the past.
A Danish, Scandinavian woman who designs lightweight products and accessories for the residential sector, pieces that also have a soul and a function in contract projects, a double capacity increasingly appreciated in a designer’s expertise. Cecilie has signed pieces for Muuto, Nils Holger Moormann, Fritz Hansen, and Bang&Olufsen, just to name a few, but ha also traveled across the world to collaborate with the Japanese-based company Actus. Interpreter of warm minimalism, an inspired creativity meeting between civilization and nature, for M&O in January Cecilie Manz will create new pieces and revisit past projects, be showcased in a space-workshop during the event.

Continuity is represented by the Rising Talent Award initiative, which for years has awarded emerging talents. For this edition of M&O it was decided to involve 6 senior Italian designers who in selected each one a young person to be tutor in their paths: Andrea Branzi, Piero Lissoni, Luca Nichetto, Giulio Cappellini, Rossana Orlandi and Rosita Missoni the professionals involved and who have chosen their “rising talent”, Federica Biasi, Antonio Facco, Marco Lavit Nicora, Kensaku Oshiro, Federico Peri and Guglielmo Poletti.

NeoCon and The Mart: together for 50 years now