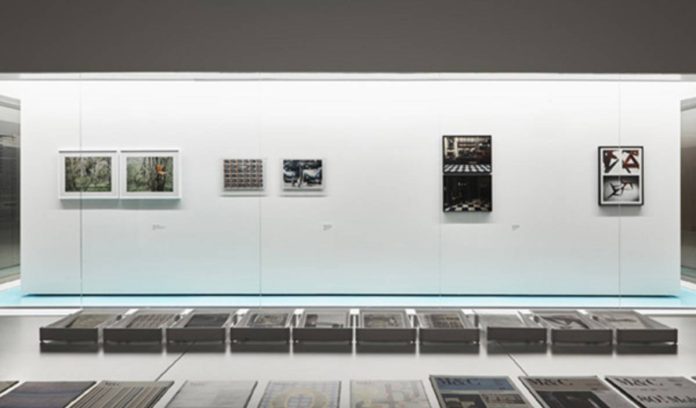 A project, an installation, a concept: it is difficult to define Ron Gilad‘s idea on occasion of the 10th anniversary for the special contents linked to a publishing project, the one which on the centrefold of every edition of M&C – the newspaper created by Luca Meda in 2010 for Molteni – stops time with images of products or people.

Curated by Christiana Colli since 2006, over time Quadreria Contemporanea has become a collection of front and back shots, featuring content on the borders of art.  An idea devoid of marketing, names or definitions, nothing more than a prize for pure photographic shots.
his purity is exalted by the icy and dream-like set-up called Floating Cube by Ron Gilad, who has created a glass cube within a second cube which in turn contains 20 photographic works, including the one by Paola De Pietri, 2007 and the one by Olivio Barbieri, 2016. A photo and a title whose meaning is left down to the observer’s sensitivity. A sequence without solutions of continuity, imprisoned within a space which appears to be timeless.

At the Vitra Museum, the past, present and future of plastic

NFTs, art and design. Bruno Pitzalis: “the revolution is not going...