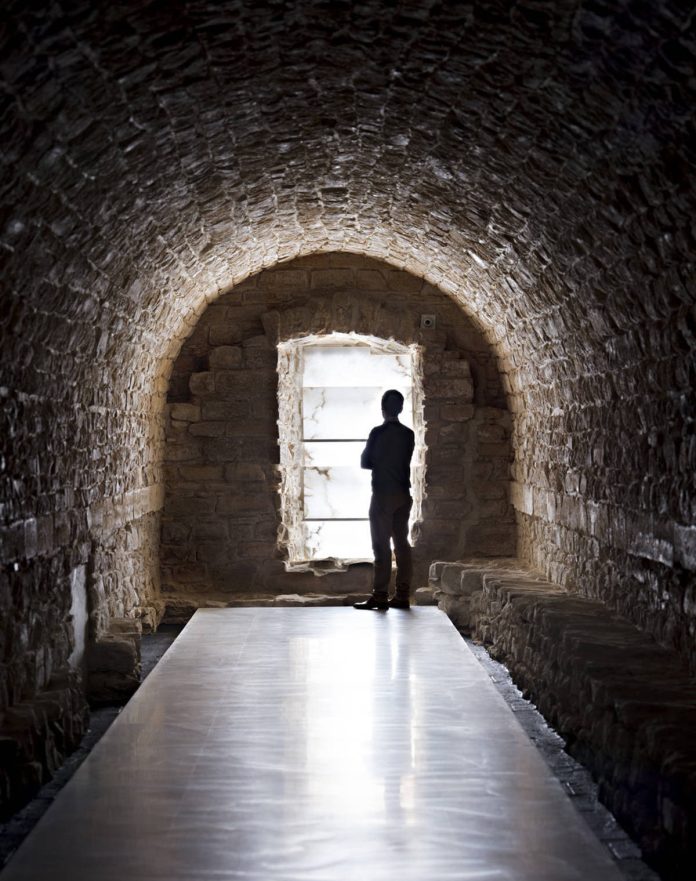 Once known as Obvclo, today Porcuna is not only the location where this project has been developed, but also the municipality of bith of the architect Paul Millan. He considers himself extremely luckyy because his roots have conveyed the importance of studying the past, the context and the genius loci, indispensable aspects of his profession. This is where the new premises of Porcuna’s Archaeological Museum will be built.

The facility’s history is complex and interesting. Originally erected as a grain depot, it underwent two profound transformations, under Charles IV in 1885 and after the Civil War, as part of a Reconstruction Plan for devastated zones. It was extended by Andrés Pajares Pardo, with new constructions which still stand unchanged today.

The project area develops under ground in the Municipality of Porcuna, in the zone where the ancient royal building’s foundations once stood.  The project aims to transform a space considered as secondary and residual, into a place with its own identity,  with minimal intervention. The result is a marble surface which unwinds like a tape or carpet among the underground ruins, enabling visitors to admire ancient archaeological remains. An environment without walls, doors or windows. Originally as granary, it stands slightly raised from the ground, to prevent humidity, with ventilation chambers between natural terrain level and the depot.

This illuminated carpet in white Macael marble (Almeria), distinguishes itself from all pre-existing elements and leads visitors through different environments, clearly showing ancient and original parts as well as later additions.

The chic taste of Buzzi & Buzzi in the Milanese fashion...