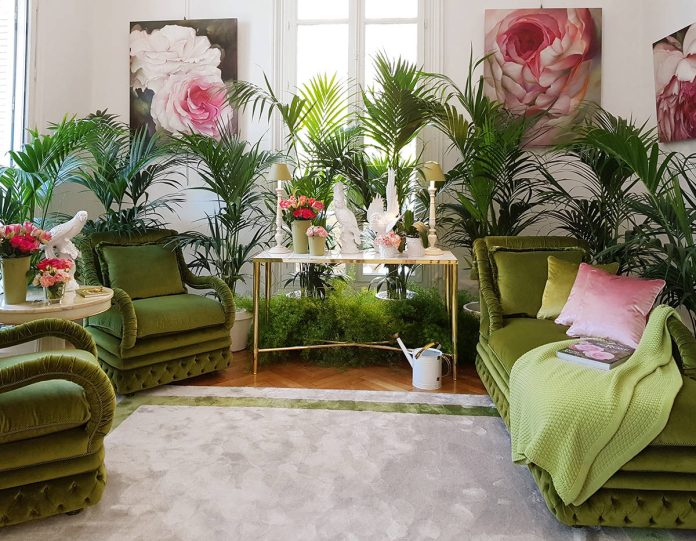 Ancient splendour has made a come back, in a dialogue of elegance and refinement, inspired by a project by Zanaboni. Inside the enchanting Château des Terrasses, Cap d’Ail, just outside Monte Carlo,the company has created a refined series of interiors on occasion of the 50th year of its foundation, part furnishing and part museum exhibition, in a successful combination of culture and art.

In collaboration with the interior designers Tullia and Paolo Canciani, active in Monaco, Zanaboni has revived the villa’s ancient halls and recreated a late 19th century atmosphere, using hand made and decorated furniture by master cabinet makers who have been bringing to life models designed by Vittorio Zanaboni since 1967.

The villa was constructed in 1893 by the British banker Henry Mendel. Successively it was inhabited by the Grand Duke Alexandrovich, brother of Tsar Nicolas II, accompanied by the imperial family during the winter, and where he was visited by Queen Victoria and Prince Albert I of Monaco. After a lengthy restructuring process, it reopened in 2008 and became a venue for important art exhibitions in the rez-de chaussée.

In September, the premises were transformed into an exclusive scenario which welcomed furnishing works by Zanaboni, laden with cross-contaminations, artistic contacts and accounts of ancient artisanship, where the brand’s iconic models and fine cabinetmaking pieces conquered the scene, together with works of art from French galleries and artists.

Massimo Zanaboni, the company’s Export Manager, explains: “The taste, style and evolution of Zanaboni collections are the fruit of the combination of artisanship and innovation. Everything is underpinned by a historic and artistic culture. This passion for art inspired us to discover Château des Terrasses, where we immediately imagined how the atmosphere could be revived using models from our collections. Classical furniture matched with complementary lounges and accessories by internationally acclaimed artists.

The Export Manager continues “Today Zanaboni is the fruit of half a century of evolution, it is a company structured to embrace new, continuously and rapidly evolving market requirements, thanks to its know-how and an exceptional sense of style. It is an ambassador of Italian style throughout the world, furnishing private residences, institutional buildings and ‘worldwide’ yachts, passionate about its own work”.

A first-rate 55th edition of Salone del Mobile awaits us