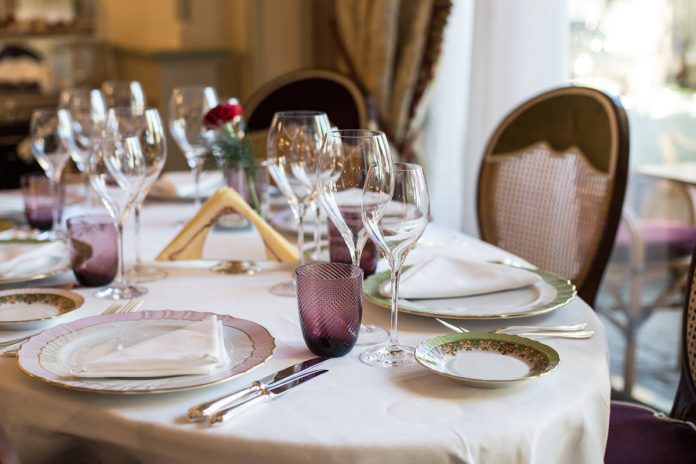 It is impossible not to be impressed by the formal delicacy, the aesthetic lightness, the chromatic fantasy that defines the mise en place by Richard Ginori. It is an art of ancient roots, dating back to 1735; an art that has crossed ages, variations in taste and lifestyle, but has maintained an artisanal highly creative impression.

The harmony between its savoir-faire and an experimental touch defines the contemporary identity of Manifattura, declined in ever-rich decorative proposals.

These are, in their most recent expressions, the protagonists of the Muscovite exhibition iSaloni WorldWide Moscow, where the company presents the Volière, Aurea and Perroquets collections.

Representing a common know-how, different in style and appeal: natural charm and Empire-inspired decoration for the first, rigorous and clean lines inspired by Gio Ponti’s decorations for the second; while the third stem from the botanical tables of the eighteenth-century manuscripts found in the historical archive of Manifattura.

The beauty of Richard Ginori’s porcelain pieces has already conquered the city: the project designed by Manifattura for Bosco Cafè – a prestigious restaurant in the center of Moscow within the extraordinary Petrovsky Passaž mall where the brand flagship store is located – for which every piece was made. The design pays homage to the history and the liberty style of the Russian restaurant:. The airbrush creates a soft and elegant blurred effect on the lip in different shades of pink, blue and green, and enhances the decoration, made employing a mixed technique of brush strokes by the master Painters.

The temple of luxury of Barovier&Toso

Magic in the details

The luxury surface covering has a new name: Vetrite by Sicis