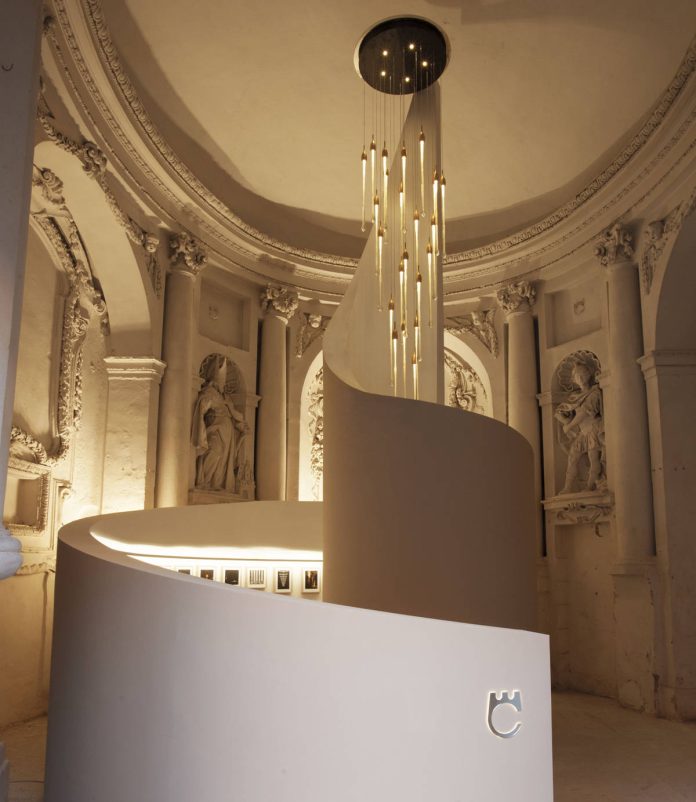 While the trade fair centre is densely occupied by Cersaie, from September 26th to 30th, the history of Bologna and design will entwine in an all-embracing route developed by Bologna Design Week creators Enrico Pastorello and Elena Vai, involving five major venues of immense architectonic and artistic value.
Palazzo Pepoli Campogrande offers a noble seventeenth century architectonic setting for a branch of the Pinacotca Nazionale di Bologna. Its frescoed halls are the venue for the exhibition “Scatto libero. Dino Gavina 10“, sponsored by Gruppo Hera.
Ten refers to the number of selected furnishing pieces by ten authors, considered to be seminal works in Dino Gavina’s business and creative development, as well as in 20th century design history. Examples include the Sanluca armchairs by the Castiglioni brothers and Digamma by Ignazio Gardella, the modular sofa Muro by Sebastian Matta and the container unit Bramante, by Kazuhide Takahama.
Ten stories selected by the curators Elena Brigi and Daniele Vincenzi. Ten years since the passing of Dino Gavina, whose name is also linked to the history of the Marcel table by Takahama which has been reissued this year by Billani and presented by Reverso.

Vitra‘s “Originali” reign supreme in the Senators’ Hall of Palazzo Isolani, Piazza S. Stefano, a noble residence completed in various phases between the 15th and 17th centuries. The exhibition “L’originale è Vitra” recounts other stories on “the power of good design”, with seats such as the Panton Chair, Lounge Chair & Ottoman by Eames, the Standard Chair by Jean Prouvé, the Landi Chair by Hans Coray, the Tip Top Chair by Barber&Osgerby, with particular emphasis on the value of design work, company investment, fruition which transcends generations, and the issue of copyright protection.

Bologna and its architecture also feature in the works of 20 finalists of the photographic competition “Cathedrals of Light“, organised by Paolo Castelli Spa, on display at the Chelini Chapel of the former Ospedale degli Innocenti in Via D’Azeglio, an architectonic complex dating back to the 12th century. The measured spiral set-up, illuminated by the Allure chandelier, plays with the volumes and verticality of baroque columns.

In another part of the centre, the deconsecrated church Santa Maria della Neve has been transformed into a design showroom and venue for a series of meetings dedicated to a variety of topical themes involving cultural projects.

Lastly, Galleria Cavour, first opened in the late 50s in the heart of Bologna’s historic centre as a luxury shopping venue,  has since become a glamorous “supplement” to Cersaie (event partner, together with numerous institutes, cultural organisations and businesses): here, two rooms will host the Milleluci exhibition, curated by Angelo Dall’Aglio and Davide Vercelli, along with international meeting such as the one organised by Turkish ceramics.

Meridiani: ‘From France with love’

A summer of lightness, with Pedrali

The free spirit of Living Divani