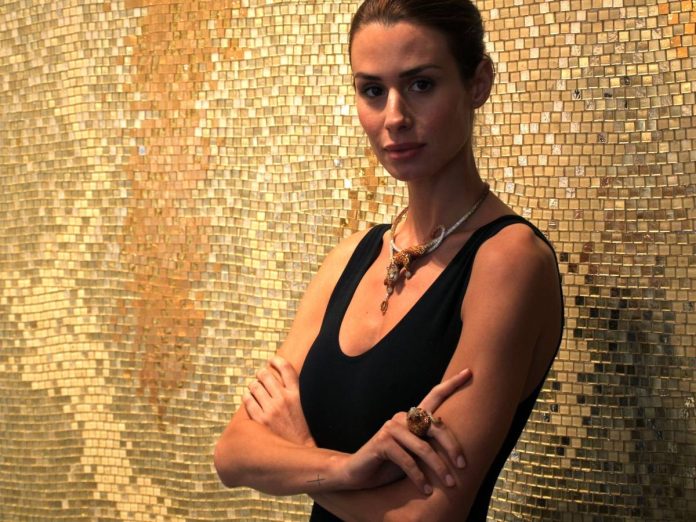 Now in its fifth edition, Ravenna Mosaico becomes the centre of Mosaic Art every two years and Sicis – as it celebrates its thirtieth anniversary – is making its debut at the event with Destinazione Micromosaico, an “exhibition within an exhibition”, where the company, founded and still directed today by Maurizio Leo Placuzzi, marks the occasion with a setting designed by Massimiliano Raggi, an architect and designer who has already created numerous exhibition and visual settings for Sicis.

Thirty years in mosaics, a business started when the word “mosaic” still evoked the art of more than 2,000 years ago: Sicis represents the history and evolution of modern mosaics, growth based on tradition and innovation, new materials, courageous formal gambles won in the competitive arena of furnishing and decor in every corner of the globe.  A reborn child of the modernisation of this art that has opened up opportunities for the whole world of interiors, from residential to contract, with a special focus on the hospitality sector which, perhaps before all the others, welcomed the communicative force of this material and the capacity of Sicis to always make it fresh and new.

Micromosaic is only one of the mosaic arts, but one of the most ancient: Sicis has revisited and brought it up to date for the production of jewels (which is one of the company’s activities), unrepeatable objects, unique pieces. Uniqueness is the company mantra of Sicis.   Massimiliano Raggi has created an immersive experience where the virtual and the real are separated by a thin dividing line: projections, simulations, magic mirrors, pop and avant-garde offerings where the mosaic – or rather, the micromosaic – is the golden thread connecting millennia of history brought up to date by the work of Sicis.

Destinazione Micromosaico will be staged at Palazzo Rasponi delle Teste and will remain open for visitors, unlike the Ravenna Mosaico, until 7 January 2018.

The novelties on scene