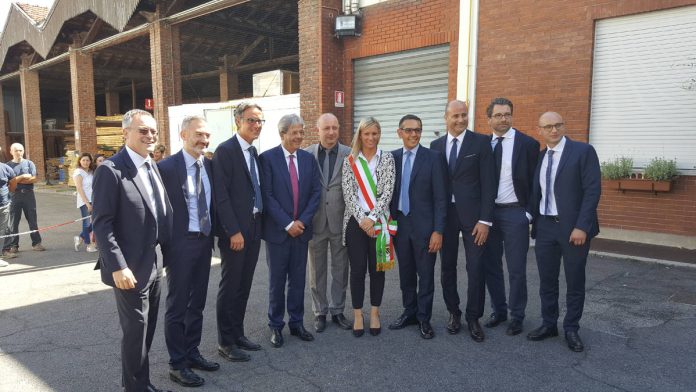 An opportunity for a hands-on experience of the company’s expertise, meeting those who drive production every day and discovering the materiality that has shaped the brand identity for more than a century. The visit by Prime Minister Paolo Gentiloni to the Giorgetti headquarters yesterday (Monday, 24 July) was an exploration of the history of the company, the people and the products that make up the organisation; a guided visit by Filippo Gaggini, Managing Partner of the Progressio private equity fund, which acquired Giorgetti two years ago.

“We are delighted that Giorgetti was chosen by Prime Minister Paola Gentiloni from among the various businesses in Lombardy as an example of a company that has a strong bond with the territory,” said Giovanni del Vecchio, the company’s Chief Executive Officer. “This gives us great encouragement to continue along these line, also in the light of the coming celebrations for Giorgetti’s 120th anniversary in 2018.”

A stopover on a brief tour of Brianza that also included the factories of VRV in Ornago and Caimi Brevetti in Nova Milanese, the visit to Giorgetti followed the Prime Minister’s speech in Milan on the occasion of the presentation to the press of the city’s candidature as the base for the European Medicines Agency.

Equip’Hotel focuses on design and recounts the third millennium interior

The first Salone Award in the wake of success