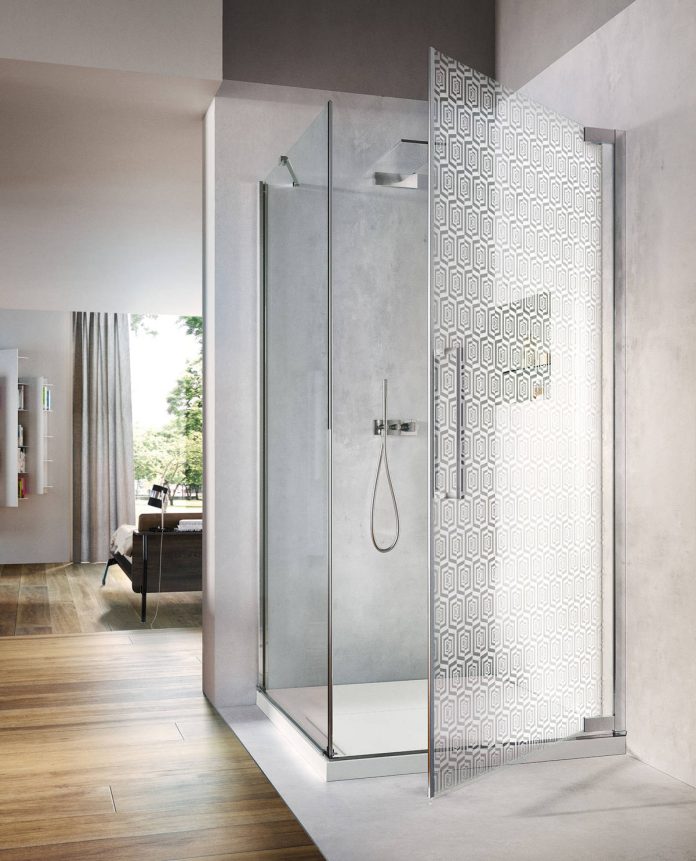 A significant milestone celebrated with an equally remarkable collaboration. Vismaravetro turns 70 and choose Matteo Ragni to seal this anniversary with a touch of experimental design. The Milanese designer created an innovative decoration for shower cabins, which have made the company renowned for seven decades.

A spontaneous research is born around a pattern – that reminiscent of the classic decorations of Italianness: an architecture made up of seven concentric structures. Not a product, but a design which suggestively evokes the curious feature of the production made in Brianza (where Vismaravetro was born). An homage to this distinguished characteristic, part of the company’s history, through radical experimentation.

An history which has its origin immediately after the war in 1976, thanks to Elia Vismara. The company today is the son of an industrial evolution: in the seventies, with the introduction of tempered glass in industrial processes, the brand started to concentrate the production on shower enclosures, thereby defining a strong identity, recognized for the ability renovate a certain type of production seemingly unchanging.

Another distinguishing feature of Vismaravetro is being a family-run business: the engineer Giuseppe Vismara represents the second generation of Vismaravetro with his wife Elisa Giussani, always alongside him in the company. Today Elia and Stefano, grandchildren of the founder, flank the couple.