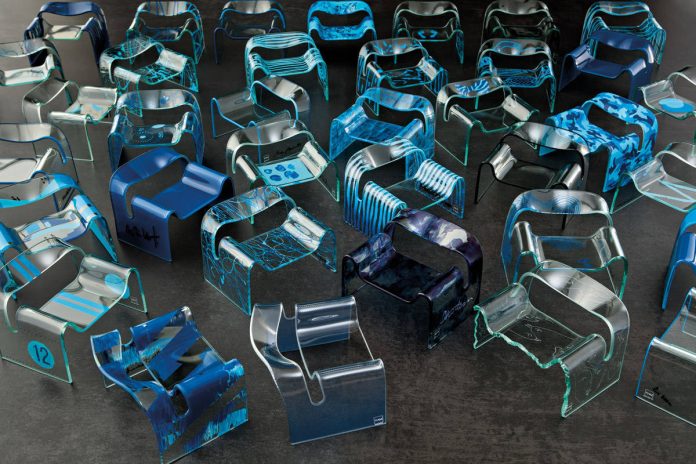 At Milan’s 1987 Salone del Mobile, Fiam presented Ghost to the public for the first time. Designed by Cini Boeri, it was destined to very soon become an undisputed and award-winning Italian design icon.

30 years have passed since its launch and the company has decided to celebrate this anniversary with an initiative that tells the story of the famous glass chair.

The project involves 37 designers who have collaborated with the company over the years. They were each asked to reinterpret two Ghosts in a mini version, decorating them with paints in colors chosen by Cini Boeri.

Presented at the recently-concluded Salone, this project aims to highlight Fiam’s focus on the local area: one of the two Mini Ghosts will be auctioned at a charity event, whose proceeds will go towards initiatives that support earthquake victims in Central Italy.