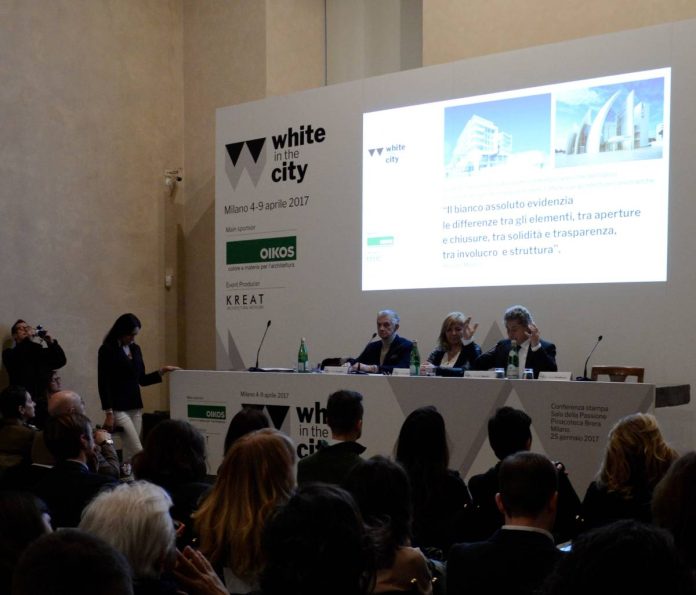 “White is such a high world above us that we hardly feel its sound; it’s nothing before the origin”. This is how Kandinsky called the white, simply expressing the common fear regarding to a color-not-color.
Oikos, thanks to White in the city, will give a new role to this color: from a symbol of prosperity and stability to a strong and attractive focal point for bold projects of temporary architecture; a fil blanc that will create a thematic itinerary in Brera, which has been offering in the last years a fuorisalone program richer than ever.
During the Milan Design Week, White in the city will colonize the area with a serie of installations spread in the most prestigious locations: from Pinacoteca di Brera to Palazzo Cusani, from the Academy of fine arts to San Carpoforo ex church, to Class Editori space in Corso Italia.
For this new challange, Oikos involves several renowned designers, among them Giulio Cappellini as curator, who will coordinate the work of the world’s top players in architecture and interior as Stefano Boeri, Daniel Liberskind, David Chipperfield, Zaha Hadid Architects, Aires Mateus, Marco Piva, Patricia Urquiola, Jasper Morrison, CaberlonCaroppi, Fabio Rotella, Alberto Apostoli and many others.
With White in the city (#witc as the official hashtag for each post from now by the end of the Salone) Oikos challenges the tough market of finishings with a daring topic and a resoluteness in aims that may pave the way to a much brighter future.