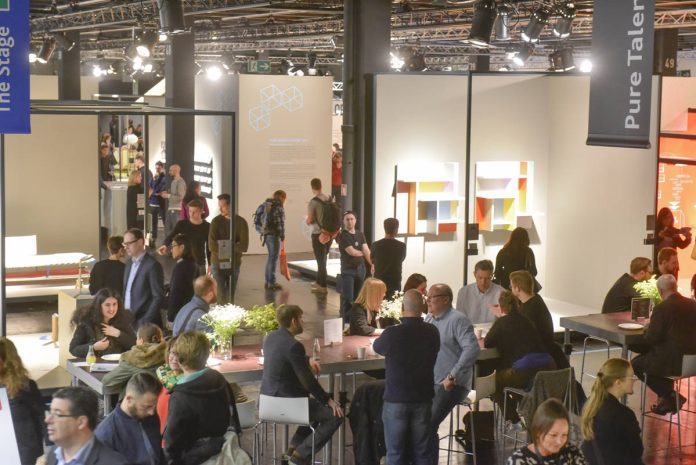 The first important result came in just a few days after the end of the event: more than 150,000 visitors.  A first for Imm Cologne, which registered 120,000 visitors last year.
“We reached our target and smashed the barrier of 150,000 visitors for the first time,” Gerald Böse, Chairman and CEO of Koelnmesse said with satisfaction. Nearly every other visitor came from abroad, practically making the event 50% international.  “It shows that the process of internationalisation of the shows is going ahead at full speed.” In parallel with Imm, this year, the biennial LivingKitchen show was staged, to be followed next year by LivingInteriors, which will be held from 15 to 21 January 2018.

Of the 104,000 trade visitors, around 56,000 came from Germany and approximately 48,000 from abroad (an increase of 4 per cent). Within Europe, increases in visitor figures were recorded in particular from Spain (up 25 per cent), Russia (up 26 per cent), Italy (up 19 per cent) and the UK (up 13 per cent). Visitor numbers from the Netherlands and Poland also increased. Numbers of overseas trade visitors rose, in particular visitors from China (up 5 per cent), South Korea (up 12 per cent) and India (up 5 per cent). A rise was also recorded in visitor numbers from the Middle East (up 19 per cent), with particularly strong growth from the United Arab Emirates.

“Initial evaluations of the results showed that the trade visitors included large numbers of the global top 30 retail chains, such as John Lewis, Home Retail Group, Harveys Furniture – all from the UK – as well as Conforama from France and Nitori from Japan. The major industry players in online retail – including Amazon and the Otto Group – also used the event intensively for their businesses – said from Koelnmesse – With these results, the trade fair duo has confirmed its importance for the interior design industry’s global commercial operations on a national and an international level.”

Design is back in Stockholm

An unexpected surprise from Laudarte