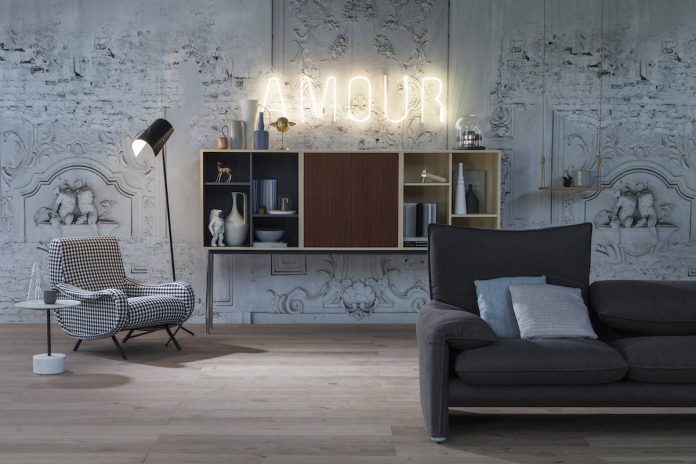 t’s finally time to exclaim: “Happy Birthday Cassina!” Indeed, 2017 marks the company’s 90th anniversary, foreshadowed last year with a series of events and celebratory projects and now made official at the first event that inaugurates the new international trade fair calendar.  Obviously, we’re talking about Imm Cologne, where Cassina is giving the green light for celebrations in honour of its long history and the people who played a part in it.
The Imm stand is the perfect showcase for the company’s new phase, defined as In-store Philosophy 3, a restyling project of its numerous stores in order to create a contemporary retail experience.

Art Director Patricia Urquiola opted for a concept where novelties and brand icons happily stand side be side in warm and welcoming environments along with a mood board of immediately recognisable colours and materials.
The company’s history is told through its products but also through its underlying values: Avant-garde. Authenticity. Excellence in the upholstery. MedaMade. Culture. These are the key sections into which the space is divided.
And some new entries are making an appearance: the Beam Sofa System by Patricia Urquiola and Philippe Starck’sVolage EX-S, two new combinations of colours for the armchair Gender by Patricia Urquiola, the chair Ico by Ora-Ito in a new version in dove-colour ash and the armchair ZH One by Zaha Hadid, among many.

Alongside these, some “history revisited”, that it, valuable limited editions of the armchair LC1 Pampas and the chaise longue LC4 Pampas by Le Corbusier, Jeanneret, Perriand (each available in 400 numbered pieces) covered with precious leather decorated with stripes of South American origin.  A tribute to the journeys of Le Corbusier and Charlotte Perriand in South America.

And, what’s more, the “discounted icons” of the MutAzioni project launched at Imm 2016 (which brings together 9 design icons to represent 90 years of history): it is the turn of the Casiers Standard (’20) containers system by Le Corbusier, Pierre Jeanneret and Charlotte Perriand for the Cassina collection, The Masters, and a preview of the armchair 932 (’60) by Mario Bellini for Cassina, The Contemporary.

Skeleton Protection: a solution for Phase 2

The home according to Elie Saab