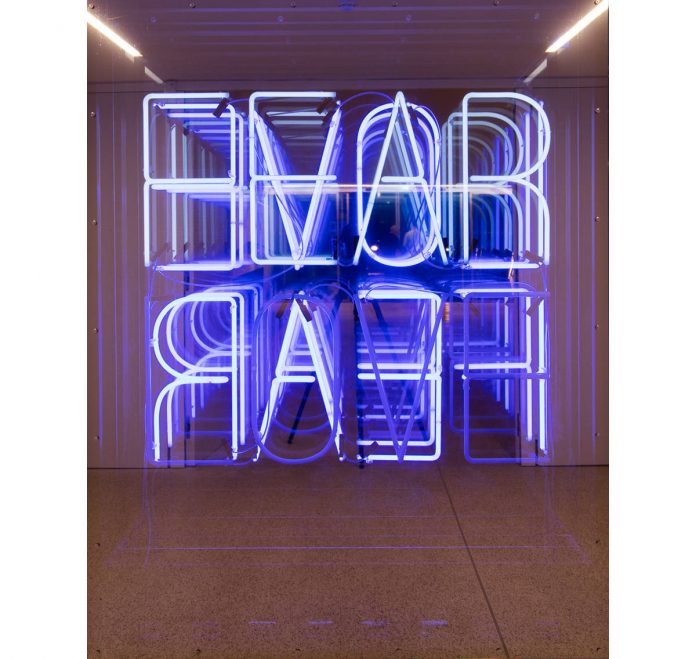 Eleven installations that capture the modern day – highly complex, fast, a constant succession of disasters and tragic events, as well as moments of strong positive passions and demonstrations of love. The Fear and love exhibition opens the new season of the renewed Design Museum in London, which has just moved to its prestigious Kensington location.
From 24 November to 23 April, you can discover how artists and designers see the world and react to complex phenomena and international events, such as war, immigration and even Brexit and the emotions that it has provoked, a mix of anger, disappointment and exclusion.

Among the exhibited works are the creations of Cypriot fashion designer Hussein Chalayan: he has produced a series of wearable devices to detect the emotions of the human body and project what an individual feels to the outside world. The result is The Room Tone installation, which represents repressed feelings and explores daily feelings like anxiety, sexual desire, attraction and fear of terrorism.
Curator and graphic designer Kenya Hara, who is the art director of Muji, examined what we habitually eat and devised Staples, a graphic display that contains the most commonly consumed foods in the world. Hara demonstrates the deep connection between the roots of cultural identity and elements of nutrition.
The exhibition also features the futuristic works of Israeli designer, architect and artist Neri Oxman, founder of the Mediated Matter group at the prestigious Massachusetts Institute of Technology. It is a multidisciplinary exhibition that presents a mix of paintings, patchwork, graphic concepts, performing arts, robotics and fashion.
One work that will touch the inner feelings of the British is the installation by OMA, the group founded by Rem Koolhaas, named The Pan-European Living Room, a space furnished with designer furniture from the 28 member states of the European Union.

Bross aims for the stars