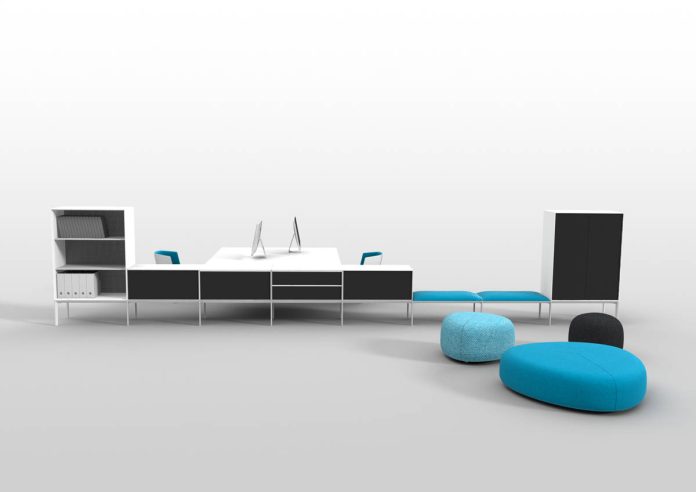 Lapalma is presenting at Orgatec the result of its continuous exploration of new design scenarios, moving across the labile boundaries between home and office.
Sensibly perceiving the new way of living working environments, Lapalma has been exploiting its technical experience in order to conceive solutions and products that can well be labelled as cross over, since they can both personalize break-out areas as well as lounge spaces and redesign traditional desks and meeting areas.
This is the so-called light office, a field which lapalma approached when launching ADD. This versatile system of modular benches, signed by Francesco Rota, was recently awarded with the Red Dot Award and the Compasso D'Oro ADI 2016 honorable mention.

For Orgatec, the seating system has been enriched with storage units.
The collection has been thus enlarged and its possibilities have further increased in number thanks to the possible combinations with other products for the light office such as Kipu ottomans, Jey and YO side-tables, Screen partitions. All of this, together with Lapalma “evergreens”, makes a full choice for the whole office.
The must is the greatest freedom in composing and personalizing: the doors of the storage unit can be made of several materials, in order to make most elements coordinate: for instance, they can match the cushion of the ADD seating or the fabric of the Screen partitions. Screen has been designed for Orgatec with special concern for the matter: it has now become a piece of interior design, aiming at creating an intimate spot in a domestic environment or in a common area.