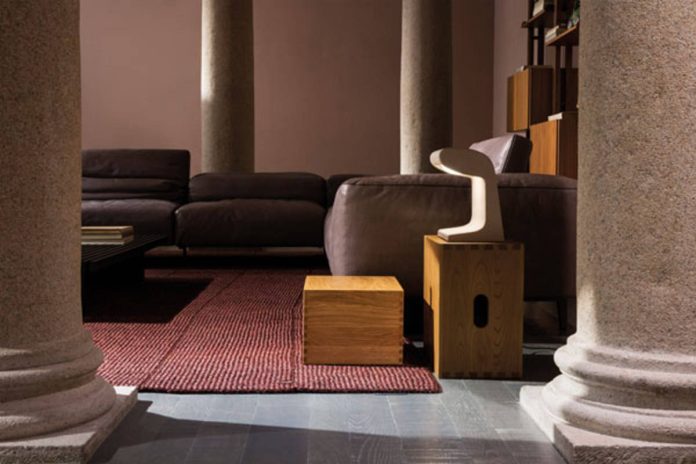 Nemo, which is pursuing its policy of innovation with new projects signed by Doriana and Massimiliano Fuksas, Charles Kalpakian, Studiocharlie and Arihiro Miyake, is presenting its new collection at Interieur. Its industrial research continues to be based on the architectural heritage left by the great masters: this year it is putting Borne Béton into production, designed by Le Corbusier in 1952. Rudi Ricciotti, one of the key names of 2016, designed the “Mais plus que cela je ne peux pas” lamp: an object-manifesto against the design of objects, a sheared girder, simply outlined with LEDs. For the first time, the company is producing the works of masters such as Le Corbusier, Vico Magistretti, Franco Albini, Charlotte Perriand and Kazuhide or inventing new classics such as the small MR Light by Javier Mariscal, designing new systems and finding new technical solutions. Studiocharlie’s Spigolo family, which can be adapted and assembled according to preference or Arihiro Miyake’s In the wind, which features a twist system that allows 360° LED lighting.

Nemo is not only putting new products on show: at Interior, it is presenting the retrospective exhibition La Luce, an interesting journey through the archives of Le Corbusier and Perriand to better understand their philosophy of light and through Nemo’s production process over the last ten years. Drawings and photographs are presented alongside protoypes of lights that are now considered iconic.

New developments from Established&Sons for the home-office

The red lion of Admiral Nelson